An Interview with Barry Friedman

In his new book, Unwarranted, a law professor makes the case for "democratic policing." 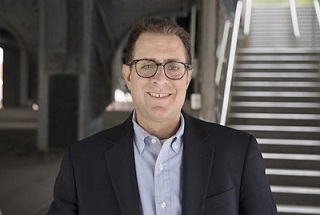 Barry Friedman, a professor at the New York University School of Law, has studied, taught, and written about constitutional law for three decades. His first book, The Will of the People, argued counterintuitively that the Supreme Court follows and reflects popular opinion more closely than legal scholars or the general public realize.

In his new book, Unwarranted: Policing Without Permission, Friedman argues that law-enforcement issues like use of force, racial profiling, DNA databases, and high-tech surveillance cry out for a solution he calls "democratic policing."

Police should be subject to rules and guidelines adopted through the political process, he contends, not by the police themselves or left to the courts to work out. I asked Friedman to explain his views and answer some potential criticisms. (In full disclosure, Friedman is a friend, law-school classmate, and occasional source of mine.)

You write that something is "seriously amiss" with policing today. What are the problems?

What aren’t the problems? Racial profiling, the fight over encryption, inner-city violence, officer-involved shootings, secret use by government of cellphone trackers. Whether it is coercive force or secret surveillance, we are awash in difficulties around policing.

What do you mean by "democratic policing”? How would it work and why would it help?

Unwarranted is not an attack on the police. It is a challenge to all the rest of us for not paying attention, for letting the police and ourselves down. The focus on “accountability” in policing today is mostly on the back end after something has gone wrong: review by courts, by inspectors general, by civilian review boards. Even body cameras are a form of back-end accountability.

Democratic policing refers to the idea that accountability around policing should be on the front end, as it is in the rest of government. We should all be involved in deciding how we are policed. When the public gets involved, policing changes, usually for the better.

The Supreme Court created the Miranda rule for police interrogations. It seems to be working. Why can't we leave the other issues to the courts?

The many instances of false confessions make clear that Miranda is not working. In fact, the Supreme Court has pretty much dismantled Miranda. The courts have been terrible when it comes to the criminal justice system, nowhere more so than around police searches and seizures. Besides, policing is complicated: Why would we think it could best be regulated by sporadic decisions by courts? That does policing a disservice.

"Black Lives Matter" has dramatized the consequences of racial profiling. Why should African Americans or Hispanics have confidence that majority-rule political processes would reduce the problem?

It’s not like the current court-driven system is working so well for minorities. When legislatures get involved — like states and localities that are demanding the collection of data about police stops — the tendency is toward equality of treatment. The courts will still be there as a backstop, but we can do better than we are doing.

Police make split-second decisions about the use of force, even deadly force. How could a use-of-force law make sense for every kind of police-civilian encounter?

We use law to address all kinds of complicated things. Why is this different? The Supreme Court says all we need to do is ask in every case whether what the cops did was “reasonable.” That’s not fair to cops. Where is the guidance, the training, the help in avoiding the need for force before it comes to that instant, and where is the proper equipment to avoid deadly force? We let down cops by making arguments like this. We need laws that give them what they need.

In Unwarranted, I argue that if we are going to collect DNA, it should either be universal or we should at least have a basis for thinking the people from whom we collect have a higher probability of being guilty of a specific sort of crime than the average person. We collect DNA from arrestees now simply because it is easy to get the legislature to gang up on them. We don’t have any evidence that a particular arrestee is responsible for an unsolved crime any more than is someone walking around free.

In regard to high-tech surveillance and data-mining, you quote a federal judge as saying that 1984 arrived later than predicted. But don't we need to use every possible tool against the rising danger of terrorism?

I live near Ground Zero, and I was here on 9/11. I have young kids. I want all of us to be safe, not just from terrorism but from crime, as well. But I don’t understand the assumption some make that the public should not have a voice in how we are kept safe.

You've created the Policing Project to work with individual police departments on these issues. But can we leave these issues to be addressed one city at a time or one state at time? Don't we have a national crisis that needs a national solution?

This country desperately needs to have a serious conversation about the level of government addressing what sort of problem, and about the federal role in local law enforcement. Under our federal system, there is a lot the federal government lacks the power to do, and there are some problems that each of the country’s 18,000 police forces can’t address. We need to discuss this in a sensible way.

Kenneth Jost is author of Trending Toward #Justice and the annual series Supreme Court Yearbook (CQ Press). He is a graduate of Harvard College and Georgetown Law School and has covered law and justice as a reporter, editor, or columnist for more than 40 years. His blog is Jost on Justice.