Not all photos are fake. Except the ones that are. 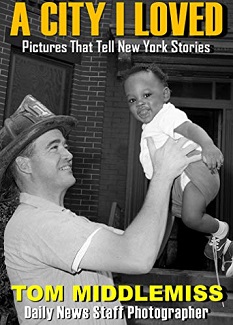 Before I was rudely interrupted by a plague, I had promised to reveal whether some of the following actually happened to me and appeared in my fiction. To recap, in abbreviated form:

Well, all these instances happened to me, but only the first three made it into books. Of course, the last incident will eventually make it in, too!

In case you are wondering, the Cuba incident occurred at Guantanamo Bay when I was in the Marines and went fishing in my spare time. I had achieved the lofty rank of lance corporal, which meant I was basically in command of my bunk, which, I am happy to say, survived the Vietnam War happening 7,000 miles away.

I was thinking about the Marines the other day as I went through some old photos. I recalled that, many years ago, when I worked at the New York Times, the paper printed a story on the anniversary of the famous flag-raising on Iwo Jima in the Pacific. The reporter said that the iconic, Pulitzer Prize-winning photo was “staged” by Joe Rosenthal of the Associated Press.

This falsehood, which intimated that the picture was posed, started gaining traction just after WWII and was repeated ad nauseum. The Rosenthal photo was neither staged or posed. He took a shot of the second, larger flag going up, ordered by commanders because it was easier for men on ships to see.

I contacted Al Siegal, an assistant managing editor at the Times, who was the in-house authority on all things and who co-authored the New York Times stylebook (which I still have!). I told him that the photo was not staged, and that a Marine Corps cameraman, Sgt. William Genaust, had taken synchronous film to prove it. Al, as he always did, checked it out, and the paper issued a retraction. (An aside: Genaust and three of the six men who raised the flag were soon killed in action.)

I mention this because I keep getting Facebook, YouTube, and other posts which are either obviously fabricated (in some cases, photoshopped), or which claim that someone is an “expert” speaking on behalf of “thousands” of other experts, and which promulgate all sorts of conspiracy theories. Was covid-19 really started on the grassy knoll by an autistic deliveryman from a Chinese restaurant who was vaccinated against it?

My point is, while truth is sometimes stranger than fiction, in today’s non-gatekeeper world, lies are often taken as fact.

If you want to see some non-photoshopped, real-life pictures of New York in the 1960s, 70s, and 80s, pick up A City I Loved: Pictures That Tell New York Stories by retired Daily News staff photographer Tom Middlemiss. Tom is a friend of mine in Florida, and I helped him with his book, which is available digitally or in print on Amazon.

The city was vibrant, if often sordid, dirty, and deplorable during Tom’s era. But at least its citizens weren’t bombarded by political tweets, including those from another New Yorker who is now our Tweeter in Chief!

Lawrence De Maria has written more than 20 thrillers and mysteries available in print or digitally on Amazon. As a businessman, he is still a lowly lance corporal and won’t see a dime from the Middlemiss book.

No Rest for the Wordy

Writers are never really off the clock.