Defeated by your TBR pile? Head back to class! 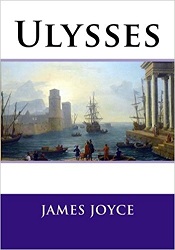 The digital age has many distractions, and sometimes it’s hard to muster the discipline to read anything more challenging than a thriller or a mystery. Many people join book clubs for precisely this reason, because the regular meetings and discussions incentivize them to read more complex material.

For those of us who don’t fit well into that format, there is fortunately another solution. It involves going back to the future — or, more precisely, back to school.

This is especially helpful for those masterpieces you’ve been saving for some indeterminate point — a retirement that never arrives, that mythical period between jobs when you’ll have some leisure time.

One of those books for me is James Joyce’s Ulysses. I read the easy Joyce in college — A Portrait of the Artist as a Young Man and Dubliners. But Ulysses has always seemed more daunting, and it has sat on my shelf (along with Finnegan’s Wake) literally for decades.

Until this year, when Politics and Prose in Washington, DC, offered a (paid) class billed as “An Introduction” to the book taught by Christopher Griffin, a Joycean expert with a totally authentic Irish accent.

The goal over five weekly classes is not to read Ulysses in its entirety, but to learn how to navigate the book. Straight off, Griffin says many people get stopped in their tracks by the complex chapter three. His solution — skip the opening altogether and start with chapter four. Or go straight to the last chapter to understand what the book is about.

Griffin explains the structure, points out some of the highlights, and puts the novel in the context of Joyce, Ireland, and world literature. Decades of teaching have honed his skill. His enthusiasm is infectious and his comments illuminating. You can’t get all this sitting alone in your armchair trying to tackle a 644-page novel. The objective is to make Ulysses more accessible, and Griffin does this masterfully.

(The truly studious can use Don Gifford’s Ulysses Annotated. This is a big book of just footnotes — it does not have the text of the novel but runs over 600 pages all by itself, documenting all the references Joyce packed into his story.)

There are many opportunities in Washington for “continuing education,” and surely the equivalents in other cities. One DC institution is the Osher Lifelong Learning Institute (OLLI to its friends), affiliated with American University. OLLI’s primary appeal is to retirees since classes are scheduled on weekdays. But in these days of the gig economy, even those working full time (like myself) can swing it if they have some flexibility in their schedules.

My initiation to OLLI this year was a class on the early and late dialogues of Plato. The class is led by Donald Ross, an adjunct professor at Marymount, whose scholarship is formidable but whose main attribute after teaching undergraduates for decades is his lucidity.

The authoritative Plato: Complete Works, edited by John M. Cooper, weighs in at some 1,800 pages (the operative word here is “weighs”), but the goal is to sample this work, not wade through the entire text. And again, the teacher’s skillful guidance makes it so much more accessible.

I wanted to take a course on the decline of the Ottoman Empire — one of OLLI’s perennial bestsellers — but my schedule turned out not to be flexible enough for that. State Department veteran Elizabeth Shelton not only furnished an extensive reading list with titles like Paris 1919 by Margaret Macmillan and The Ottoman Endgame by Sean McMeekin, but (in the lectures I was able to attend) also dropped names of books like John Julius Norwich’s two-volume Byzantium and Fernand Braudel’s The Mediterranean and the Mediterranean World in the Age of Philip II. All of these, by some strange coincidence, have been sitting on my shelf, largely unread, for a long time, and it was a useful reminder to pick them up again.

Even Meetup can offer educational opportunities. English and philosophy was my double major in college and retain their appeal in my return to school. There is a philosophy meetup in Washington with 450 members; its self-imposed maximum of 25 attendees per meeting ensures almost every gathering has a waitlist.

The first session I attended had a stimulating discussion of Alasdair MacIntyre’s After Virtue, a seminal work attempting to lift ethics out of a relativist quicksand and base it on absolute values — astoundingly relevant to our current floundering in an ethical morass.

If all this seems too heady, and those mysteries and thrillers look more appealing than ever, there are classes that are much less challenging, too. In DC, Weygandt’s and Magruder’s both offer instructive wine and spirit classes that are quite convivial and put the “adult” in adult education.