Enjoy these hair-raising tales — if you dare! 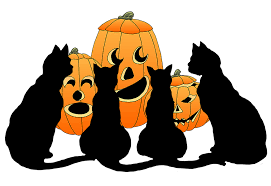 Eager for one more scary story before the world moves onto all things Yuletide in the coming days? Peruse these past reviews of tales that go bump in the night:

Growing Things and Other Stories by Paul Tremblay (William Morrow). Reviewed by Clifford Garstang. “The unexplained is clearly on display in Paul Tremblay’s new collection, Growing Things and Other Stories. Also on view are the author’s quirky sense of humor and coy, self-referential style — some of the most interesting stories feature a horror-writer protagonist who resembles Tremblay. But where do those inexplicable monsters/ghosts/malicious weeds come from? We aren’t supposed to ask, and that’s okay. Frankly, we’d rather not know.”

Night-Gaunts and Other Tales of Suspense by Joyce Carol Oates (The Mysterious Press). Reviewed by Jennifer Bort Yacovissi. “Nonetheless, the stories here are appropriately disturbing. The nightmares that Oates conjures are generally grounded in the ugliness of daily life, of the situations beyond our volition that drive us to the edge of reason. In particular, ‘The Experimental Subject,’ which is the longest of the tales, is most effective precisely for its groundedness, its observance of the quotidian details that make its horror plausible.”

The Cabin at the End of the World: A Novel by Paul Tremblay (William Morrow). Reviewed by Michael Landweber. “Andrew thinks he recognizes one of the intruders from a violent incident in his past, suggesting this whole episode is driven by homophobia, but Eric has trouble seeing the resemblance. At another time, Eric sees a ghostly figure in the room, but it might just be a symptom of the concussion he suffered during an altercation with the intruders. The world around the cabin steadily darkens: Are these normal storm clouds or the first sign of the apocalypse?”

Strange Weather: Four Short Novels by Joe Hill (William Morrow). Reviewed by Adriana Delgado. “Michael ends up being ripe pickings for the Polaroid Man, whom he meets in a convenience store. The Polaroid Man’s M.O. involves photographing people, thus robbing them of their memories. As Michael becomes his target, we, in turn, become uncertain as to who the Polaroid Man really is. But despite the confusing outline of the Polaroid Man’s nature, and an even more puzzling ending, this novella delivers a variety of scary moments cocooned in a string of storms, lightning, and heavy rain.”

Ararat: A Novel by Christopher Golden (St. Martin’s Press). Reviewed by Holly Smith. “What happens when a Christian, a Jew, a Muslim, and an atheist walk into what may be the wreckage of Noah’s Ark and discover a demon-like skeleton there? The answer: Nothing good. And that’s the beauty of Christopher Golden’s Ararat. It’s a horror novel, plain and simple. So if you’re looking for something else, well, to hell with you. Literally.”

Doctor Sleep: A Novel by Stephen King (Scribner). Reviewed by Josh Trapani. “The problem, despite the sadistic premise, is that these baddies aren’t scary. Their leader, Rose the Hat, is grumpy and enjoys profanity, but falls short in the evil department. And the members of the True Knot are motivated by the need to survive. (It’s just that surviving requires them to torture children to death. But hey, at least they don’t have to hit the gym and watch their cholesterol!)”

NOS4A2: A Novel by Joe Hill (William Morrow). Reviewed by Ruth Tillman. “Hill delivers a story even more intense and complex than his first two novels, Heart-Shaped Box and Horns. Some elements of the horror are low-key and pervasive threads woven into the novel, such as the twisted ways in which Christmas haunts the characters. At other times, it is gut-twisting and in your face, with gore and sexual violence.”