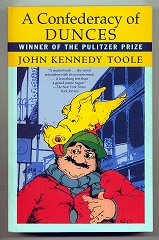 We’re only halfway through July and already the summer of 2016 will go down in history as a season of violence, suffering, uncertainty, and despair. Books, articles, movies, and TV shows will be dedicated to capturing the turmoil not only here in the U.S., but throughout the world. Humanity seems to be whipping itself into a paroxysm of violence unseen since the last world war. Divisions are deep, death and violence everywhere.

What does an individual do in the face of such events? Thoughts and prayers, petition-signing, protesting all begin to feel like acts in futility, small actions designed to make the petitioner feel better but effect no real change. Voting is critical — not just for president, but all the way down the ballot to dogcatcher — but this election season has been one of divisiveness and hate unleashed by the blatantly racist demagoguery of Donald Trump.

So what is a scared, heartsick citizen to do?

Bury your head in the sand? No. Bury it in a book.

Studies say that laughter is the best medicine and that reading literary fiction increases empathy, improves brain function, and relieves stress. The prescription then is clear: Read a novel that makes you laugh until you weep, your sides stitch in pain, and your drink comes out your nose. While it may not save the world, it may save your sanity.

The best comic novels gently and lovingly expose the ridiculously precarious foundations on which ingrained beliefs, unquestioned truths, and inherited traditions are set, revealing the hypocrisies and deceptions that undergird every society. Typically, the narrator is an outsider touched by innocence whose picaresque journey brings him into contact with a cast of characters representing the various archetypes found in that particular culture. Besting the lot of them with his naïve convictions and unerring honesty, he waltzes off to a happy ending.

If you’re not sure where to start, try these four of my favorite gut-splittingly funny novels:

Why writers need to cultivate a community

Titles and descriptions in honor of Asian/Pacific American Heritage Month.