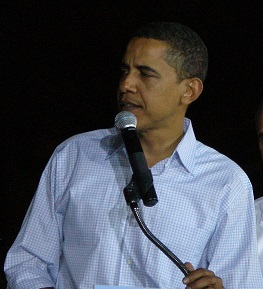 I sure am going to miss a president who reads.

Like many of his predecessors, Barack Obama read more than policy papers, national-security reports, and his own press clippings. But his leisure reading went beyond the usual political histories, presidential biographies, and examinations of important events in American history popular with past presidents, encompassing cultural criticism, books about foreign countries, poetry, and even (gasp) novels.

He is the only president of my lifetime who has released a summer reading list, or who made sure to name-drop his favorite novel of the year in an interview with People magazine (it was Fates and Furies by Lauren Groff).

It is remarkable to me that the leader of the free world could somehow find the time to read fiction when I, an underemployed writer, have a reading pile that resembles the crumbling columns of the Parthenon.

Not only does President Obama promote reading, but he also patronizes independent bookstores, making high-profile shopping trips to Politics and Prose, Kramerbooks, and One More Page in the Washington, DC, area, and frequenting Bunch of Grapes while vacationing in Martha’s Vineyard. Every title he buys gets media mention, providing the type of advertising that money cannot buy. One author told me that his sales shot up in the weeks after Obama was observed purchasing his book.

But President Obama is more than a reader. He is also a relentless promoter of the arts. He has awarded the Presidential Medal of Freedom more than any other president. White House concerts have showcased everything from classical to country and everyone from Mavis Staples to Martina McBride.

The Obamas hosted a poetry jam where James Earl Jones recited Shakespeare and Lin-Manuel Miranda performed an early version of the opening song of the phenomenally popular musical “Hamilton.” The ornate East Room has been the backdrop for numerous dance performances and workshops.

In fact, in 2008, then-candidate Obama included an unprecedented arts plank in his campaign platform. In turn, starting with Shepard Fairey’s iconic Hope poster, artists have memorialized him in portraits fashioned from an astonishing variety of media, including breakfast cereal, coins, and crayons.

The list of artists who endorsed Obama in 2008 and 2012 is a veritable who’s who of the nation’s superstars. And none of the musicians whose songs were played at Obama rallies disavowed the candidate, as has happened with other presidential candidates.

Sure, you can’t please all of the art critics all of the time. Some argue that the president has not done enough to promote the local “high” arts. It’s true that he is not a supporter of the opera as many other Washington lifers are. And though he and Michelle went to the Art Institute of Chicago on their first date, they have not made many high-profile visits to the capital’s world-class art museums, nor have they attended performances at the Shakespeare Theatre Company or other prominent area theaters.

The presidency is not for dunces (until now), and most presidents have been prolific readers, even while in office. Not everything they read was lofty. Bill Clinton favors mysteries, Ronald Reagan had a weak spot for westerns, and John F. Kennedy delighted in James Bond thrillers. Obama, however, is the only president to actively promote the literary novel.

According to studies, reading literary fiction increases empathy. This is not a surprise to those of us who are devoted to the form. While history books can give you the facts (inasmuch as any history can be factually true), and biographies may be able to delve a little more deeply into the psychology of a subject, it is through art that the full implications of the eternal enigma of the human condition can be explored to its farthest, darkest recesses.

One can read many a tome detailing the events of Napoleon’s incursion into Russia, but it is in Leo Tolstoy’s War and Peace that the unraveling of the glittering tapestry of tsarist Russia is revealed in all its existential glory. One can be steeped in the history of race relations in the United States but still be surprised by the revelations of the warping legacy of slavery in James Hannaham’s novel Delicious Foods.

President Obama has done so much for this nation, from rescuing a failing economy, to making real progress on fighting climate change, to healthcare reform, to furthering civil rights, to name just a few of his accomplishments. By making the time to also read novels as varied as The Girl on the Train, Moby-Dick, and The Underground Railroad, he has sent a powerful message that reading literature matters. Thanks, Obama!