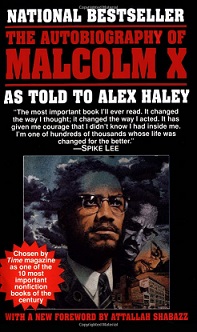 My artist friend James Prochnik recently listed "10 books that stayed with him." He offered up some great books, none of which I've read — yet. Then he challenged me to come up with my own list. I didn't have to think about it for long, but I did have to restrain myself in summarizing them. I’m ordering the books as they came into my life, starting at an impressionable 16, and ending at an increasingly sclerotic 42 years of age.

I amazes me that my mind was capable, with wise guidance and the revelations of time, to comprehend and incorporate these books into the building of my identity and my life. The irony is that this list can only do anybody else a small bit of good. If I owned and ran a school and these books were the assigned curriculum, it would defeat the purpose of this list. Most I read at my own impetus. That sort of serendipity is entirely idiosyncratic.

However, if you want to approach the highest levels of human knowledge, to perceive from the lofty perspectives a mind can reach, perhaps this list is for you. And I can’t neglect Toni Morrison, Gertrude Stein, and Friedrich Nietzsche. They didn’t produce one book that I would say is better than any other. All of their works are equally brilliant and illuminating.

How Jefferson’s Bible interpreted — and improved — the Gospels.