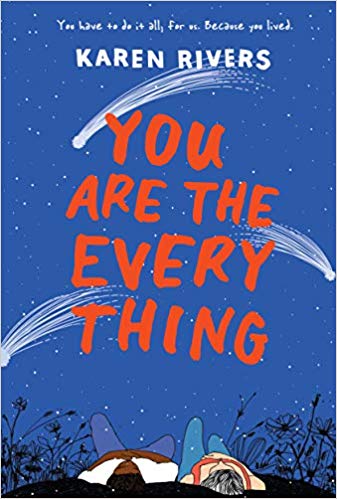 Sixteen-year-old Elyse Schmidt is eager to get home to California. Anywhere is acceptable, as long as it's away from the damp Parisian air that irritates her Junior Idiopathic Arthritis (or "Junky Idiotic Arthritis," as she calls it) and all of the things that didn't happen on her trip: romance, kissing, and, most disappointing of all, bonding with her longtime crush, Josh Harris.

Elyse and her school band had been “in Paris to play in a band festival, which turned out to be no different from every band festival in America," except this time, Elyse was hungover and played badly, and her band placed third. On the plane home, she wishes she could "undo everything, especially the stupid fight" she's in with her best friend, Kath.

But she can't, which becomes painfully clear as the plane continues its progress home.

Elyse's wish for something to happen on the plane, "something that would make this trip worthwhile after all," goes horribly awry when the plane crashes, leaving Elyse and Josh as the only survivors.

During the disaster, Elyse reminds herself of all of the things that she never made time for before: "You never went to Wyoming. You never fell in love. You never decided who you were going to be. You never finished your graphic novel. You didn’t live long enough to warrant an autobiography. You never thought of a good name for the YouTube channel that you never started."

She hopes to do things differently if she has a second chance.

Elyse is "aware of deciding" of choosing between living and dying. Then it's a few months later. Elyse is in Wyoming. Despite the horrendous losses (of Kath, of her classmates, of her own eye), her new life could be pulled from the pages of the graphic novel she never finished: Me and Josh Harris: A Love Story.

She always knew she “might be able to make the story real if [she] want[ed] it badly enough,” and now, in Wyoming, she and Josh are finally together. She is "the girl who was dead and is now alive.” She is Josh Harris’ girlfriend — part of the couple everyone else at school wants to talk about. She is happy. This, Elyse knows, “is what dreams look like when they come true.”

She still isn’t as confident as she could be, but after the crash, Elyse realizes that she is “so much braver and sharper, as though the crash carved off [her] dull edges, leaving [her] as glistening and dangerous as a razor."

Her brain doesn’t work the way it did before. Time doesn’t pass the same way. Elyse tries to ignore these changes and what they mean, but slowly, painfully, she sees how spotty her memory has become and how the pieces of her new life don't quite fit together the way they should.

Elyse realizes that "it's only possible to ignore an obvious truth for so long before you have to acknowledge it" and is forced to confront what really happened during the crash, along with all of the regrets that come with that reality.

Memories and dreams blend with the visceral reality of the crash. This heady story capitalizes on the reader's limited point of view to give the novel's conclusion the most impact. The stream-of-consciousness style and sweeping tone of Elyse's second-person narration are striking contrasts to the pace of the story, much of which is set on Elyse's flight home.

The unusual choice to write the novel in second person lends an immediacy to the text and gives each pronouncement more impact as the story builds toward its poignant conclusion: "Your mouth is full of blood and teeth and regret for all the things you didn’t do and you are crying for the year when you were seventeen, which isn’t going to happen."

While parts of the story feel emotionally manipulative, the blend of affecting prose and a character-driven plot make for a smart and sometimes surprising premise. Readers of books in the vein of We Were Liars by E. Lockhart or A Room Away from the Wolves by Nova Ren Suma may guess the novel's inevitable outcome long before Elyse herself does.

You Are the Everything is an emotional novel about unmet potential and missed connections, resignation, and acceptance, and, at its center, a girl who never had the chance to finish deciding what kind of person she wanted to become. "Just a splice in time when all of the everything can happen that will ever happen and now you can just stop trying so hard, you can just let go."