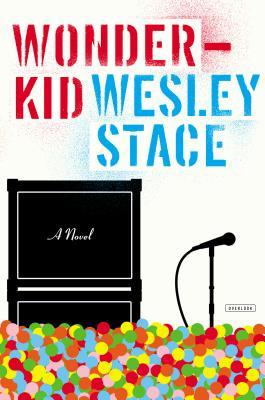 Music for preschoolers has undergone a sea change in the last decade. They Might Be Giants, which was known for short, surreal college rock songs in the ‘80s, has translated that manic energy into equally surreal and wildly entertaining tunes for toddlers. Another rocker, Dan Zanes, who fronted a moderately successful band called the Del Fuegos in the ‘80s, has found greater success in this century. His catchy sets get both parents and kids tapping their toes, as he pulls fellow musicians including Sheryl Crow, Suzanne Vega, and the late Lou Reed into his family friendly studio. Countless other famous artists have also put out one-off kid albums or contributed to compilations over the past few years.

“The story of Family Music is basically this: the children of rock & roll grew up, had their own children, and needed options other than crappy Raffi. They wanted their kids to listen to music they could stand to listen to themselves because, unlike their parents, who thought it was all rubbish anyway, they actually liked pop music, and could tell the difference between good and bad.”

That is how Sweet, narrator of the novel Wonderkid, describes this new rock frontier. He is uniquely positioned to comment on the genre, having been adopted as a teenager by Blake Lear, the lead singer of seminal “kindie” rock band the Wonderkids, which toured America in the early ‘90s. Lear wrote nonsense songs that were not originally intended for children but worked perfectly for them, even though the band’s behavior on the road didn’t sit so well with the morality police and a general public not quite ready for their kids to rock out.

Lear, Sweet, and the Wonderkids are all fictional creations in Wesley Stace’s entertaining book, though all are presented authentically enough to make a reader head to the Internet just to be sure. Stace is himself a rock star who has performed under the name John Wesley Harding for more than two decades, and he has a sure hand in describing the thrills and indignities of creating, selling, and touring in support of rock music. Wonderkid navigates somewhere between a tell-all memoir and a coming-of-age story, and the tale is best when it focuses on Sweet’s journey from orphan to touring with the band, at times sharing DNA with Almost Famous.

In addition to Lear, the Wonderkids include his brother Jack, the lead guitarist who writes all the music, and a rotating cast of bass players and drummers, who in a running joke prove to be easily replaced. The bulk of the novel takes place during the band’s troubled U.S. tour, but some of the true pleasures are the scenes between the Wonderkids and various music executives and managers about the shift from playing rock for adults to kids, which unfold with deadpan perfection. As with many moments in the novel, it is hard not to wonder which events in these sections are loosely translated from real incidents Stace encountered during his days as Harding.

Besides being an enjoyable rock ‘n’ roll road trip novel, Wonderkid raises some interesting questions about the responsibility of performing for kids. Lear is more interested in entertaining than educating, and in his worldview children are happiest at the edge of chaos if not in the middle of outright anarchy. He brings the primal nature of rock back to its roots: it is supposed to be a little bit dangerous. He would rather tell kids to smear peanut butter in their hair than lecture them about good eating habits.

Through Lear and the young fans who love his insanity, Stace shows his preference for teaching kids that not everything is controlled and that a little uncertainty can even be fun. Not that he is presenting Lear or the other Wonderkids as role models. This is a rock ‘n’ roll book and the band does get into the typical trouble with sex and drugs. But what ultimately damages its reputation and scares the parental watchdogs is Lear’s interest in giving the kids their first taste of rebellion.

In the end, the book would not be successful if it wasn’t also the story of an unconventional family. There are some serious unexplored ethical questions about Lear taking custody of Sweet, who is only a decade younger, and then bringing him from London to the U.S. to tour with a rock band without so much as a nod toward educating him or keeping him out of trouble. That said, the ultimately touching father-son relationship between Sweet and Lear reminds the reader that not only do children eventually have to learn to be adults, but also that adults would be better off if they spent more time acting like kids.