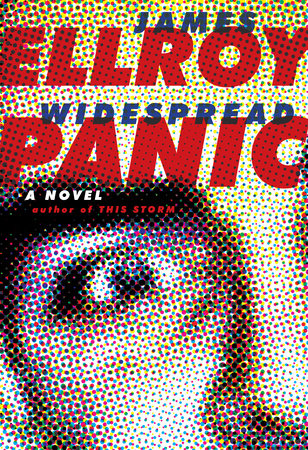 To appreciate James Ellroy’s latest book, Widespread Panic, requires taking a little poetic license with the opening line of Charles Dickens’ A Christmas Carol. Like Jacob Marley, Freddy Otash is dead: to begin with. This is key. In fact, all the main characters in this novel, most of whom occupied the pantheon of midcentury America in real life, are dead — a literary device designed to scare away the libel lawyers.

Widespread Panic chronicles the futile efforts of Otash (in life, a Los Angeles cop, private eye, and Hollywood fixer who died in 1992 at age 70) to confess his way out of purgatory by admitting his misdeeds on behalf of Los Angeles Police Department Chief William H. Parker and a sleazy pulp magazine, Confidential.

These characters — including the magazine — have populated other Ellroy novels, L.A. Confidential among them. They come together again here, joined by other luminaries from the hereafter, including Jack Kennedy, Liberace, Rock Hudson, California rapist Caryl Chessman (executed at San Quentin in 1960), doomed teen idol James Dean, and middling actress Lois Nettleton.

If you’ve never read Ellroy’s fiction, be forewarned: He writes in the words of his time and place — California police stations of the 1950s. His language is as racist, sexist, homophobic, and politically incorrect as it gets. But his books are mesmerizing, entertaining, and tough to put down.

Moreover, buried between the lines is some semblance of a moral code. Ellroy’s cop heroes — including Otash — all have a line they will not cross. Sort of. When asked by Confidential’s publisher, who wants to hire him for bugging operations to scoop dirt on screen stars, whether there’s anything he won’t do for money, Otash replies, “Commit murder or work for the Reds.” Both claims will turn out to be false.

Another theme that runs through Ellroy novels is the protagonist as avenger of wronged womanhood. In Widespread Panic, after Otash becomes a private eye, he wants to take an inappropriate snoop through the LAPD’s file on Chessman to see if he murdered a woman for whom another man was fingered. In denying access, a detective tells Otash, “No more dead-women crusades, Freddy. That’s over and out.”

Here, it helps to know about Ellroy’s own background. His divorced mother, Geneva, was murdered in 1958 while out on a blind date when Ellroy was 10 years old. Her killer was never caught, and Ellroy’s unsuccessful effort to find the perpetrator and bring him to justice was the basis of one of his finest books, the nonfiction My Dark Places, published in 1996.

Widespread Panic opens with Otash as a literal bat out of hell attempting to fly out of purgatory after 28 years through the power of confession. It’s an unhappy place for him; he’s tormented in death by those he tortured in life:

“Violated victims bop by my cell. They remind me of my many misdeeds and jab me with red-hot pokers. Gay gauchos hurtle down from Heaven and scold me for outing them back in the homo-hate ‘50s.”

His unwelcome visitors include Montgomery Clift, who pokes Otash with a pitchfork for calling him a “Lavender Lilliputian,” and JFK, who jabs him because Otash “dumped the dish on his dope habit and call-girl cavalcade.”

The “confession” of Freddy Otash is one wild ride. It begins in 1949, when he’s still an LAPD detective on the take. With a unique use of alliteration, Otash describes himself as “corrosively corruptible and tempted by the take. I live for the scurrilous score.” He does shakedowns for sex, drugs, booze, money, and the Sy Devore suits favored by the Rat Pack. In 1950, it comes to a crashing end when Chief Parker, credited with largely cleaning up the dirty LAPD, arrives and busts Otash back to a uniformed foot-post. “The doofus day watch. Freewheeling Freddy’s at loose ends.”

He finally gets booted off the force for unwittingly having sex with a Pan Am stewardess who was a drug runner and communist agent and also — even worse — a man. She’d had a sex-change operation in Sweden. That’s the last straw for a department that wants nothing to do with homosexual officers. (Although Parker takes Otash back when he needs someone to do his dirty work.)

From there, it’s on to “Operation Divorce” and Confidential magazine. Impossible in the 1950s to get legally unhitched without proof of adultery, Otash assists the operation by bugging hotel rooms and photographing emerging cheaters. As for Confidential, what sells are stories about closeted stars and inside scoops about the affairs Otash uncovers:

“I’m awash in sicko secrets I’ve cruelly craved my whole life. I’ve got L.A. hot-wired. My city teems with tattle tipsters on my payroll. Hotel rooms are hot-sheet hives hooked up to my headset. I know everything sinful, sex-soiled, deeply dirty, and religiously wrong.”

The reader eavesdrops along with Otash to gather dirt on just about every famous name from 1950s politics and Hollywood. Their tarnished lives crisscross while Otash double-crosses them — after taking their money in exchange for keeping quiet.

Before Widespread Panic is over, Ellroy ties up all the loose ends through a pastiche of cold, hard facts and runaway imagination. He links atom-bomb testing in the west with JFK’s womanizing, Dean’s fatal car wreck, Chessman’s execution, and his own chaste relationship with Nettleson, a “mystery woman” caller to a radio show.

Along the way, Ellroy implicitly forces us to ask what created Otash in the first place: Was it his own debauched moral code or the mercenary opportunities available in repressed 1950s America, when people were forced to conform or face blackmail and career-killing exposure?

The author’s new, funny memoir details her mission to de-stress her life by giving herself the freedom to be angry.