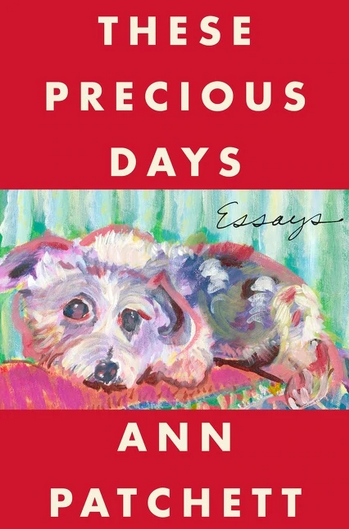 In Robert Kolker’s now-notorious New York Times article, “Who Is the Bad Art Friend?” about the concept of appropriation in fiction, he quotes author Lauren Groff — who was reacting to an earlier appropriation-in-fiction kerfuffle caused by Alexis Nowicki’s Slate essay claiming Kristen Roupenian’s viral New Yorker short story, “Cat Person,” used elements of Nowicki’s life — as saying, “I have held every human I’ve ever met upside down by the ankles, and shaken every last detail that I can steal out of their pockets.”

In her 2011 essay “The Getaway Car,” Ann Patchett describes her own use of real-life encounters in her fiction in an even more colorful way: “I am a compost heap, and everything I interact with, every experience I’ve had, gets shoveled into the heap where it eventually mulches down, is digested and excreted by worms, and rots.”

In other words, everything in life becomes fertilizer for stories.

Unlike her fiction, Patchett’s essays leap over the compost pile entirely, presenting her life and the lives of those around her without a distancing scrim of fictionalization. These Precious Days is her second collection of essays, and as with her first (This Is the Story of a Happy Marriage), the book is filled with intensely personal stories. The reader feels invited in, like she has been included in the circle of warmth and friendship that exudes from Patchett’s writing. It’s hard not to imagine that you know her.

The illusion is helped along by the fact that multiple essays across the two collections touch on similar episodes in Patchett’s life, with one essay filling in different details than a previous one, assessing things through a different lens. It’s also clear that Patchett forms deep and lasting friendships; we often hear of the same people through the years in various essays (one of my favorites is Sister Nena). Thus, not only do we feel we know the author; we feel we know these others, too.

Patchett’s family certainly knows her penchant for sharing personal stories. As she recounts in this collection’s first essay, “Three Fathers,” she made a specific plan to get her father and both stepfathers into a photo with her at her sister’s wedding, the first time all three men had been together.

“You know what she’s doing, don’t you?” stepfather Mike said to the other two, as recounted to her by her father, Frank. “She’s going to wait until the three of us are dead and then she’s going to write about us. This is the picture that will run with the piece.” As Patchett crisply notes, “He was right. That was exactly what I meant to do. That is exactly what I’m doing now.”

To her credit, Patchett, while forthright in describing her relationships, is never unkind. She speaks of all these people with great fondness. (Whereas I, for one, am still trying to get over the story — recounted in the first collection — of her learning that she had four stepsiblings when she bumped into one of them in her family’s kitchen.)

The air of elegy captured in the title suffuses These Precious Days. Many of the most memorable essays contemplate aging and death, though in a wistful, funny, affectionate voice. That first essay describes the death of each of her three fathers but — far more importantly — also describes what each meant to her, how they influenced her, and the lessons they taught her, whether by positive or negative example.

“How to Practice,” which is both laugh-out-loud funny and deeply touching, considers how to prepare to loose this mortal coil. After she and her lifelong friend Tavia excavate Tavia’s beloved deceased father’s densely packed apartment, Patchett casts an eye to her own possessions.

She understands that she is in “these years on the downhill slalom,” and that her houseful of stuff is getting in the way, not of death itself, but “of thinking about what was coming and the beauty that was here now.” She wants to clear the decks in order to savor these precious days.

Indeed, the title essay is the capstone in Patchett’s ruminations on what is cherished and worth savoring, the answer to which is always family and friends (plus reading and writing, of course). The launch point is the friendship she began with Tom Hanks, whose book of stories, Uncommon Type, she read by chance and then blurbed, later appearing with him to talk about it during the Washington, DC, stop on his book tour.

But the essay isn’t about Tom; it’s about his assistant, Sooki Raphael, who immediately captivates Patchett — as, apparently, she does everyone she’s ever met — and eventually, through a series of serendipitous accidents, becomes a dear friend who lives for a time in Patchett’s basement apartment.

Sooki — painter, avid hiker, personal assistant to an international celebrity, one-time “batgirl” on the bat squad of the New York City Department of Health Bureau of Animal Affairs — had been diagnosed with pancreatic cancer in November 2018. (Two of her paintings grace the cover of this book.) Patchett learned of the diagnosis in May 2019. They’d met only once, at the DC book event, but had developed an email friendship in the way so many people do these days, sharing deep connections with someone they don’t actually know IRL, as the kids say.

That changes when Patchett’s physician husband, Karl VanDevender (another person we feel we know extremely well), connects Sooki with a clinical trial being conducted right there at his hospital in Nashville.

“These Precious Days” contains everything readers love about Patchett’s intimate nonfiction: the conversational tone, the comfortable humor, the wide-ranging narrative, and the arch take on life’s daily drudgery and joys. There is an immediacy to this essay and its companion piece, “A Day at the Beach,” as they unfold from the beginning of the pandemic and deliver us to the spring of this year.

It doesn’t make a difference that Patchett can say things like, “I went to Virginia to see my friend Renée Fleming in concert.” It isn’t important that her life, as her friend Niki reminds her, is not the same as those lived by “normal” people. Her observations speak deeply and directly to so much of what the rest of us experience; she captures the essence of what so many of us feel. With this collection, she makes us resolve to use our own time wisely, to invest more in our friendships and in our families, in all the things that matter.