What Is Missing: A Novel

A father and son fall for the same woman in this lopsided, ultimately frustrating tale. 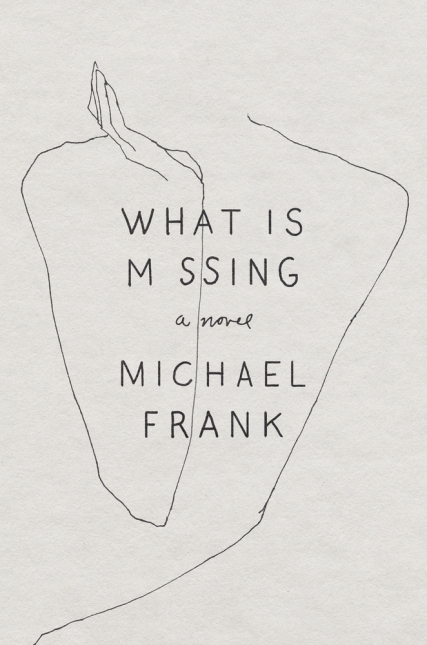 The titular question of Michael Frank’s What Is Missing is complicated, because its answer depends on whom you ask — and how honest that person chooses to be.

When father and son Henry and Andrew Weissman are on a trip to Florence for an academic conference, they each, in turn, meet a beautiful, half-Italian translator named Costanza. Though Andrew encounters the woman first, it is Henry who strikes up a relationship, one that follows the family all the way from Italy back to New York City. The pair dives into their new romance with reckless haste, moving in together after having known each other for only a few months.

But it is the suggestion of Henry, who also happens to be a fertility doctor, that he and Costanza attempt to start a family by way of his own office’s treatments that throws everyone into chaos.

Andrew begins to visit less and less often (at Henry’s insistence); Costanza is troubled by the effects of the medications she has to take; and Henry finds it increasingly difficult to keep certain parts of his past under wraps.

The pair’s coupling seems slapdash; I didn’t understand what they saw in one another. And the constant bombardment of information about how in-vitro fertilization works rivals reading a medical textbook in terms of entertainment value.

Unfortunately, these two subjects take up around 75 percent of the book’s latter half.

But author Frank’s novel isn’t devoid of an interesting story. It’s just that the most fascinating parts of the plot are buried under significantly less-fascinating parts, such as Costanza’s oft-banal, occasionally ridiculous inner monologues about motherhood and pregnancy (“How curious it was that she was making an egg-based dinner for Henry after a day on which she had begun the process by which her eggs would be submitted to his treatment”).

By far, my favorite relationship in the book is between Andrew and Costanza. Perhaps it is the taboo of a 17-year-old boy’s attraction to an older woman that initially intrigues, but their connection feels genuine. It’s a pity they get so few scenes together and that each is usually intruded upon by Henry.

Frank also introduces a large cast of colorful characters that could have been excellent distractions from Henry and Costanza’s relationship, but who are, instead, relegated to the sidelines. For example, Isaac Shoenfeld, a professional rival of Henry’s, eventually becomes a critical figure in one of the novel’s central conflicts. But prior to this reveal, he only makes a few appearances.

Generally, the author fails to give his female characters their due. With precisely one exception — a doctor in Henry’s office who examines Costanza a few times — every woman in the book is either a nurse, a housekeeper, a wife, or a mother, as far as I can remember.

Yes, even Costanza. Her leading-lady status does nothing to save her from being defined by her relationships with men, including her late husband and her late father. She works as a translator, but this falls to the backburner; Henry’s work is the novel’s focus.

Just as the narrative shifts unevenly between the Henry-and-Costanza plot and the more enjoyable side stories, Frank’s prose ranges from weak to stellar. I found some sections, such as a sex scene where touching a clothed penis is likened to “holding a small bird,” difficult to read. But others — a beautifully rendered description of Andrew’s reaction to Donatello’s David is a perfect example — hinted at a much greater potential.

What Is Missing has many of the right ingredients, but they are terribly proportioned, like cookies made with two cups of salt and a pinch of flour, rather than the inverse. I would’ve enjoyed this book if the author had placed more emphasis on Andrew, had allowed some minor characters more prominent roles, and had steered clear of the dreary details of HCG injections and Follistim pills. There is substance to this novel, but some things — quite a few things — are still missing.

Johanna Alonso is in her senior year at UMBC, where she is pursuing a double major in media & communication studies and English literature. During the spring 2019 semester, she interned at the Independent, and she currently interns at UMBC Magazine. Her writing can also be found in UMBC’s student newspaper, the Retriever, and on mdtheatreguide.com. Find her on Twitter at @jolonso_.