This expansive new biography of the famed British monarch could use some women’s perspectives. 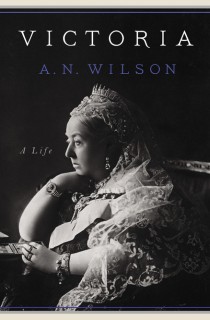 The Victorian era: to modern ears, the age connotes frills, ostentation, and moral rigidity. But history, not surprisingly, has been keeping secrets from us. Victoria: A Life, the new book by distinguished English author A.N. Wilson, is well worth reading. An excellent overview of the period, it gives the reader a fresh perspective on the era that bears the queen’s name.

At its heart is the book’s premise that Queen Victoria was not the silly, frumpy lady she has been depicted as, but instead was a strong-willed, sensitive, and competent woman who brought her incisive intelligence to bear on behalf of her subjects, the English people scattered across a vast global empire.

In fact, according to Wilson, Great Britain’s political system, and the very survival of its constitutional monarchy, owe much to the fact that Victoria ruled so successfully for 64 years, starting in 1837. Royal heads rolled elsewhere in Europe in this turbulent, revolutionary era, but Victoria maintained the confidence and faith of her people and left England on a stable footing when she died in 1901.

Meanwhile, though Victoria was in some ways a prude, she enjoyed a good bit of sexual passion in her life, first with her husband, and then with two other men who came into her life after he died.

This book, painstakingly researched and playfully written, provides an eye-opening account of yet another highly successful woman leader whose accomplishments were later underappreciated. People who came close to her, including biographers today, found (and still find) themselves in “the presence of greatness,” Wilson concludes.

Even Wilson himself emerges as uncomfortably startled by his own conclusions.

His surprise becomes evident, though sometimes inadvertently, as the author struggles with his own gender bias. Again and again, sometimes in striking contrast to the facts he presents, Wilson ridicules Victoria and other women, depicting them as histrionic or self-deceiving, while giving male participants in the events more credence.

For example, Victoria portrayed her childhood as dismal and dreary. After reviewing the lengthy, disturbing litany of incidents wherein her male relations and guardians ridiculed, demeaned, and undermined the confidence of the princess — events minutely chronicled by Wilson — most readers would agree that the young woman overcame significant psychological hardship during her formative years. But Wilson inexplicably argues that Victoria must have been delusional in recalling her childhood because her physical needs were met, she had adequate food, and she was given nice clothes.

“The ‘melancholy’ of her childhood was a fixed part of Queen Victoria’s personal mythology,” Wilson writes, blaming it on the future queen’s “almost unbounded capacity for self-dramatization and self-pity.”

Another example: Victoria’s widowed mother, Marie Louisa Victoire, an immigrant from Germany, called herself “friendless and alone” in England after her husband’s death. Wilson, in fact, provides many examples of the forlorn existence of mother and child. But he nevertheless tells readers that Marie Louisa Victoire must have been mistaken in feeling abandoned, because there were several German aristocrats at the court, and her brother stayed with the widowed duchess for a few years before returning to the Continent.

After a while, it becomes obvious to the reader that these are not isolated examples. A.N. Wilson is a celebrated biographer of famous men — Jesus, Milton, Tolstoy, C.S. Lewis, and Dante. But he seems unable to view the world through female eyes. And he frequently makes the mistake of believing the sexist things said by men about women, rather than viewing them as reflections of deep-rooted bias.

Victoria’s earliest and most important political mentor as she ascended the throne was a nobleman named William Lamb, known as Melbourne. Charming, intelligent, and incisive, the 58-year-old spent many hours with 18-year-old Victoria, coaching her in statecraft.

The relationship was significant for both of them. She found it intellectually stimulating, entertaining, and engaging, and she appreciated what she called his “fatherly” attitude toward her.

But Wilson sees the relationship between Victoria and Melbourne as, in his words, a “holiday romance.” That may accurately reflect the yearnings of Melbourne, but Wilson’s conclusion was unpersuasive to me. Typically, 18-year-old girls view 58-year-old men, if they notice them at all, as sad husks teetering pathetically at death’s door, not as objects of intense desire.

Melbourne may have found his relationship with the fresh-faced young queen titillating in other ways. Wilson tells us that Melbourne was in the habit of adopting orphan girls, which gave him license to engage in paddling them. His keen attention to the youthful Victoria comes across as more disturbing than flirtatious.

This is a long book, yet some of the events in it deserved more than the passing mention they received. I would have liked to have learned more about the causes and implications of the Irish potato famine. We are told that Victoria irritated people in England by giving generously to charities to relieve starvation in Ireland, but I was left wondering how she learned of the situation and what, if anything, she did to relieve the distress.

I was also startled to learn on page 570 that Victoria, who gave birth to nine children, developed a prolapsed uterus, a condition that causes the uterus to drop out of the body and interfere with bowel and urinary functions. Victoria suffered that uncomfortable, frightening malady seemingly without complaint, suggesting that she was stoic to an almost incredible degree. It would have been valuable to know earlier in the book that she had suffered so much discomfort while guiding an empire.

Wilson was diligent in preparing this book, but I thought he should have reached out for some perspective from his accomplished women friends. The guidance might have stripped his text of the most overtly sexist material. Perhaps a little bit of paddling would have done the trick.

Kirstin Downey is editor at FTC:WATCH. A longtime reporter at the Washington Post, she is author of The Woman Behind the New Deal: The Life and Legacy of Frances Perkins, Social Security, Unemployment Insurance, and the Minimum Wage; and a new biography, Isabella: the Warrior Queen.