The Village Idiot: A Novel

A mad genius makes art — and provokes his patrons — in pre-WWII France. 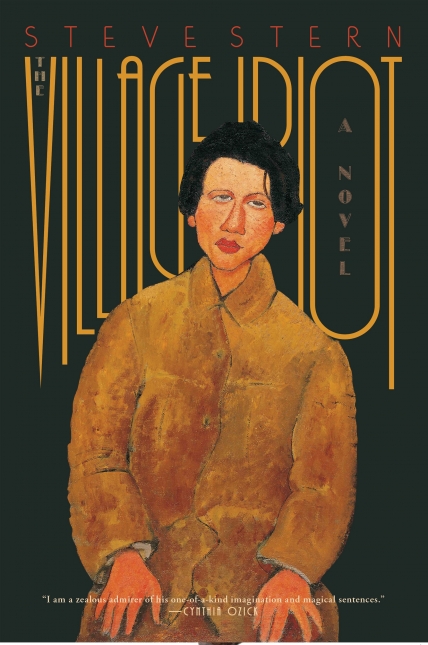 It’s 1917, and painter Chaim Soutine considers his past, present, and future as he plunges into the Seine while partaking in his friend Amedeo Modigliani’s latest scheme: win a boat race amongst renowned artists living in Paris by trudging the riverbed and secretly pulling Modigliani to victory in a bathtub.

The Village Idiot is a fictionalized, character-driven tale about the real-life Soutine. The narrative oscillates among Soutine’s reflections from the river, the stream of lovers whose hearts he has broken, and his bond with Modigliani. Despite the lack of a plot, the novel’s fascinating characterization of Soutine carries readers from beginning to end.

Soutine chooses to ignore his heritage as a Russian Jew but is plagued throughout life by visions of the lineage that he both craves and fears. Though beaten as a child for painting, Soutine continues to study and eventually makes his way from an Eastern European shtetl to Paris.

Unkempt, taciturn, and downright unsociable, he drives away any hope of companionship. That is, until the Italian painter Modigliani takes Soutine under his wing, involves him in several wild schemes and conversations, and tries to educate the younger man in various aspects of life. Soutine is equally grateful for and resentful of the attention and camaraderie, which becomes a theme in all his relationships.

Soutine eschews a life of happiness even as he pursues it. He waffles between seeking love and embracing self-hatred. His paintings — which frequently depict carcasses or people with distorted features — are an obsession he cannot rein in. When he comes across old works of his that he deems unworthy or overly praised, he mauls them with paint or scissors. This habit of “fixing” these earlier pieces prompts galleries to hang them higher so the crazed artist cannot reach them.

Finally achieving some stability through the support of generous patrons, Soutine nonetheless refuses to change his ways. Unbathed and unbowed, he repeatedly offends those who pay and shelter him. Willfully ignorant of the events unfolding around him in the years leading up to World War II, Soutine mostly lives apart from society. As the German occupation of France expands and the persecution of Jews reaches Paris, he manages to escape even as others are snatched up. Somehow, neither the mandatory Star of David on his clothes nor the declining art market dampen his impulse to paint — or to court self-destruction.

Despite having relatively few biographical details about the actual Chaim Soutine to go on, author Steve Stern ably brings the artist’s hilarious, heart-wrenching, wild story to life. In many ways, Soutine was the village idiot — never learning from his mistakes and constantly needing to be saved. Like his wealthy, ever-patient benefactors, readers, too, will find themselves feeling responsible for Soutine and rooting for the madman to prevail. He may be his own worst enemy, but his questionable choices and maddening nihilism are endearing and often lead to moments of hilarity.

Through this vivid, affecting portrait of a confounding iconoclast, Stern reminds us of the importance of moving forward, adapting to unusual circumstances, and finding true friends.