The Tell-Tale Heart: A Novel

By interweaving the stories of an organ donor and recipient, this book reveals the deep interconnection between people. 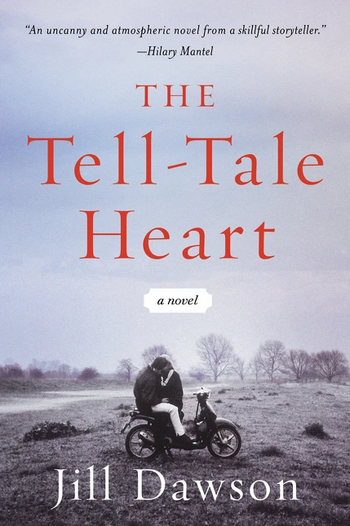 You think you know this story: A man gets a heart transplant, learns details of the young donor who made it possible, grows curious, becomes fascinated, and then is changed forever by the spirit of the new heart inside him. You’ve heard it before, or at least you imagine you know how it goes. In Jill Dawson’s new novel, The Tell-Tale Heart, the transplant recipient imagines he knows, too, except he’s wrong. He embarks instead on a wholly original journey that reads fresh and authentic from start to finish, sweeping the reader along for an amazing ride.

Patrick Robson is a 50-year-old philandering, dissolute college professor with a number of remarkable women in his life, despite his behavior. His ex-wife Helen, for example, is a smart, clear-eyed woman who sticks around because her understanding of him runs deep. His daughter Alice is another strong, interesting character. The complexity of these relationships keeps the book out of clichéd territory and helps the author pull off the potent trick of making a difficult-to-like character the star of her story.

Patrick works as a character because he struggles with that most human of emotions: grief. He grieves for his lost mother, for failed relationships, and for unrealized possibilities in his life. Throughout this book, his journey, which is guided by his new, young, strong heart, awakens him to the possibilities still to come. His new heart’s role in this is mostly subtle, sometimes magical, but never quite what Patrick — or the reader — expects.

Dawson’s novel constantly pushes old ideas in new directions. For example, the notion of the dead donor haunting the living recipient twists startlingly when the story reaches back two centuries to the marshy fens of East Anglia in a vivid story line that seemingly bears no relation to Patrick’s. Quickly, the story reveals its clever layers, leading the reader to ponder how deeply in time, and in biology, our human lives are joined.

The sections set in East Anglia make the book, in part, a historical novel, and one of the highest caliber. The characters are terrific; the evocation of the wild, bleak landscape is superb; the details are brilliant; and the narrative voice is thoroughly convincing and charming.

The surprise, first-person narrator of the East Anglia sections — connected to Patrick’s life in ways that I don’t want to spoil by revealing — can be lyrical: “Knew and loved all my birds from an early age. Knew their names, their calls, their habits. The jay’s warning chatter, the clap of a woodpigeon at dusk, the boom of the bittern, like the sound a boy makes blowing over the mouth of a glass bottle. From a young age I had me a leaning towards tiny things: the cracking of the corn stubs in the sun, the bounce of a grasshopper.”

This narrator’s voice can also turn fiery when it gets into the politics of the day, for example, describing the hatred of the common people for the clergy: “We saw the monstrous Ely Cathedral rise up above us and can you imagine, in a place as empty and featureless as ours, how fearsome that building was to us, how much power and majesty it commanded? I used to think of it as a great whale rising above a white foamy sea and me on a tiny wooden boat in its wake.”

Other characters appear, and yet another distinct narrator enters. Each voice is connected beautifully and mysteriously. Characters ask questions linked to other characters’ questions, and metaphors, constantly in play, hearken back to other metaphors.

The heart as metaphor is — can’t help but put it this way — at the heart of the book. Dawson explores this symbol and wonders at it. The heart is a bird in flight; the heart is a pump like the windmills that turn the wet fens into rich, black farmland. At one point, musing on windmills, Patrick thinks how the notion of the heart as a pump wasn’t possible until the pump was invented. “Before that,” he says, “the heart must have been understood differently, using other available metaphors.”

Various characters, separated by time and space, question if feelings live in the heart. “Do you produce them yourself?” the organ donor asks. “Or are they outside and they sort of get inside you from someone or somewhere else?” In Dawson’s book, emotions, politics, and physical passions are passed from father to son, from age to age through a long line of parents and children. The modern-day miracle of transplanting a heart to an unrelated person adds a new link to that chain.

Before it is over, The Tell-Tale Heart is no longer just Patrick’s story, but also the story of the donor. Grief compels his story too, not only his mother’s grief for him but also his own griefs, which parallel Patrick’s own loss of possibilities. The book continues to explore the similarities, and differences, between the older, weary, jaded Patrick and the impulsive, driven, desperate donor.

The book, in part, is a study of manhood, both young and mature. On the surface, the two men share nothing except a heart. But the author reveals so much more, in the powerful and unique, but connected, journeys of her characters.

Dawson’s The Tell-Tale Heart has little in common with the famous story of the same name by Edgar Allan Poe. Maybe the title was too good to resist. Or perhaps the choice was an homage to Poe’s story, which features an imagined heart that is as good as real. Dawson’s heart — as miraculous and strange as Poe’s — is the real thing.

Sally Shivnan’s fiction and essays have appeared in the Georgia Review, Antioch Review, Glimmer Train, and other journals, and her travel writing has been featured in anthologies including Best American Travel Writing, as well as in the Washington Post, Miami Herald, Nature Conservancy Magazine, and many other publications and websites. She teaches creative writing at the University of Maryland Baltimore County, where she is the English department’s director of writing and rhetoric.