The Shepherd’s Life: Modern Dispatches from an Ancient Landscape

A sheep farmer's disarming chronicle of life in the fields. 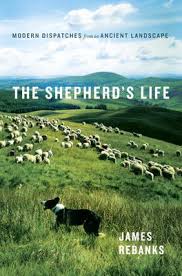 Sheep may get a bad rap as far as IQ goes, but this wonderful new book by a highly intelligent English shepherd threatens to do for the animals what Helen MacDonald’s H Is for Hawk has done for birds of prey. Beautifully written, James Rebanks’ tale is humane, generous, and completely addictive.

Rebanks offers a seasonal account of a year in the life of a Herdwick shepherd in the Lake District of England. His memoir was published earlier this year to rave reviews in the U.K., where it is already in its seventh printing. Now published in the U.S., this version includes additional details of his life and work, as well as many new photographs which make it relevant to animal husbandry, farming, and rural life in America.

Rebanks, a third-generation sheep farmer whose family has worked the common fells for over 600 years, became frustrated by the 12 million tourists who come to wander the landscape celebrated by Wordsworth, Keats, and Shelley, or hike the high trails mapped out by explorer Alfred Wainwright, but know nothing of the life lived there by farmers and shepherds. This is a story of his family and its farm, but also “a wider story about the people who get forgotten in the modern world…whose lives are deeply traditional and rooted in the distant past.”

What began in 2012 as simple Twitter posts (@herdyshepherd1) accompanied by high-voltage photographs of his sheep and an astonishingly rugged countryside has morphed into an online following of nearly 70,000. The author’s disarming dispatches triggered an article commissioned by the Atlantic, a book-bidding war won by Penguin, and now a U.S. edition. Hopefully, a book of his dazzling photographs will continue the story in the future.

Rebanks is no ordinary shepherd, of course, though he might have been. A high-school dropout at 16 in the late1980s, he aimed for nothing more than to work his family farm. But he discovered books, beginning with W.H. Hudson’s A Shepherd’s Life (which launched the back-to-nature movement in 1910), and ended up earning a First in History at Oxford, all the while keeping up with the shepherding life of his grandfather and father.

Rebanks remains a devoted sheep farmer who wants “no other life.” His somewhat irascible, vivid, and utterly disarming prose carries the reader from season to season — from summer in the lower grassy slopes called “intakes” to desolate, dangerous winters in the high fells, to lambing in the spring. He wants to tell the world about the particular life of sheep farming and to share the stories of a vanishing culture and landscape.

He writes passionately about breeding, lambing, shearing, smitting, mucking, and rescuing lost sheep; of the relationship between shepherd and sheep dog; of the tensions and triumphs of sheep shows and the disappointments of trying to make a living on the common fells. His irreverent style will antagonize some but endear him to many more. There is no denying the authenticity of his voice.

Realizing that he could not provide for his family and keep the ancestral farm by leading just a shepherd’s life, Rebanks began a second career as an economic consultant for UNESCO, advising communities on how to derive economic and social benefit from tourism. His Twitter followers and readers understand that his “modern dispatches from an ancient landscape” are also calculated to rouse policymakers to do more to protect a generations-old way of life.

This “love letter” to the world about the culture and life of sheep farming contains many memorable sections, but his account of the devastating Foot and Mouth epidemic of 2001 is most searing. He describes how farmers watched helplessly as the disease spread from farm to farm, and the inevitable slaughter that followed in an effort to contain it.

The sickness came to Rebanks’ farm, too. He recounts how he could only stand by helplessly as his cattle and sheep were shot where they stood in the fields; animals he had known from birth, cherished, nurtured, and saved.

He writes of loading his pregnant ewes into wagons along with the earliest lambs: “I have never done anything that felt so wrong, so against everything I was ever taught to do…When the last wagon had gone, I went into the barn...sat down in the shadows, held my head in my hands and sobbed.”

While I wished desperately for an index, for more photographs, and for more in color than just the glorious endpapers, The Shepherd’s Life hits all the right notes. It’s about family, hard work, and a culture which requires sacrifice. Thanks to Rebanks, sheep — and a vanishing way of life — have finally found a bold and brave 21st-century advocate, and an enthusiastic public following.

Linda Lear is a political and environmental biographer whose prize-winning books include Rachel Carson: Witness for Nature and Beatrix Potter: A Life in Nature. She is also a member of the Independent’s board of directors.