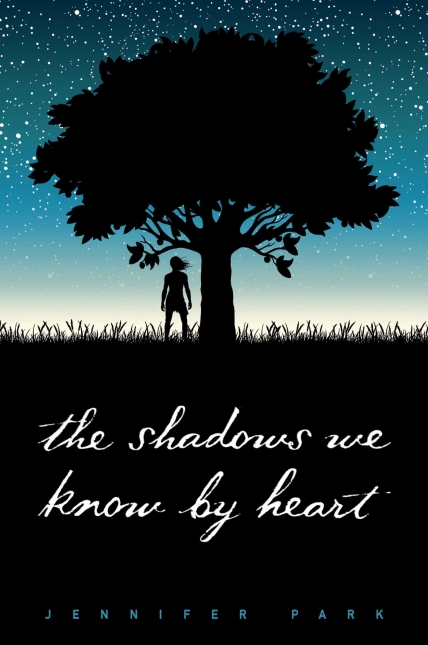 There’s been a recent trend for novels to retell classic fairytales. The Shadows We Know by Heart — Jennifer Park’s debut young-adult novel — continues this tendency, but because the re-telling isn’t of a fairytale, per se, it differentiates itself despite evoking a story we all know: that of Tarzan and Jane.

Park has brought the narrative of a boy raised by apes to modern-day Texas. Only they aren’t apes, but sasquatches — otherwise known as Bigfoots. With a touch of magical realism in a world that is very much our own, Park ensures that the tale goes beyond retelling to explore humanity, the frailty of familial bonds, and the shadows in between what is right and wrong.

Naturally, the sasquatch angle is a vehicle to explore and deepen the reader’s understanding of the aforementioned larger issues. The novel’s plot, on the other hand, revolves around Leah and her family, which has yet to recover from the loss of one of their sons 10 years prior. While they’ve pieced themselves back together publicly, they’re privately broken.

Along with the tragedy, being the daughter of a preacher burdens Leah with many expectations. She’s forbidden from entering the woods behind their house, but defies this rule when she realizes that, under the cover of trees, she can breathe freely and be herself: “This forest is my religion, the towering cathedral of trees my church…”

During her excursions into the woods, Leah discovers the sasquatches but keeps their existence secret. One day, she notices a teenager living amongst them. He seems to have no memory and can barely speak, yet somehow the two connect. When their lives collide, she discovers a truth that shakes her world.

Upon opening the book, the simple, captivating prose immediately draws the reader in. Throughout, the attention to detail is held out like beautiful little gems, and the imagery, especially that of the forest, comes to life at every turn. Because Leah has a connection with the woods — a place that allows her to shed her shell — it makes sense that the scenes involving the forest are the most vivid.

That’s not to say the story’s only substance lies in the woods. On the contrary, the dynamics of Leah’s family are well done and essential to the story. Leah thinks she is the only one with a secret, yet they all wear masks, whether it be her parents — who keep hidden certain facts about her brother’s death — or Matt, her other brother, who can appear nonchalant, as if the loss of his twin no longer phases him. As a result, even the side characters are developed.

The most satisfying may be Matt. He and Leah aren’t just siblings but friends, and the dialogue between them is refreshing and at times comical. Yet Matt still has secrets — some regarding his twin — that torment him. And whereas Leah surrounds herself with the relative silence of nature, Matt seeks out the clamor of people.

This novel brings into play the classic question, “Who is really the monster?” by putting humans beside sasquatches. As the story progresses, we see certain characters lose a bit of their humanity in the name of revenge, and in doing so, become the monsters they seek to slay. However, this novel doesn’t merely set out to expose the monster within us, but sheds a hopeful light on humanity.

At one point, Leah describes her best friend’s reaction to one of the sasquatches by saying, “She stills, and with tears streaming down her face, she slides her hand next to the one that’s not quite human.” Nothing more needs to be said because there is beauty in such a simple description.

The hook that pulls everything together and captures the reader’s curiosity is how secrets are unraveled bit by bit. Rather than being told upfront what happened a decade earlier, the information is scattered throughout like puzzle pieces. In other words, The Shadows We Know by Heart is not a mere retelling of Tarzan and Jane, but a mystery. And one worth solving.

Yousra Medhkour has a Bachelor of Arts in English and is currently pursuing an MFA in creative writing at George Mason University. She spends her free time reading, a hobby that nurtured her love for words, and aspires to become an author.