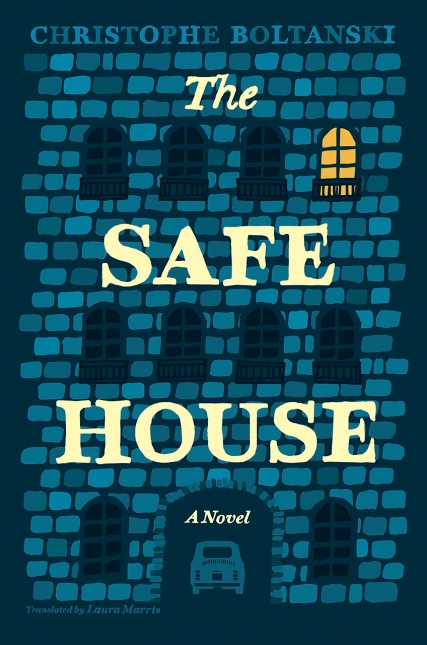 The Safe House gives voice — and vividly so — to the echoes of shared memories, artfully reconstituting them before they fade. Part memoir/part novel, the book evokes the uniquely circumscribed, almost tribal, coexistence of three generations of a family clustered in a sprawling mansion on the upscale Rue de Grenelle in 20th-century Paris.

Christophe Boltanski is at once author, narrator, and character in this impressionistic saga spanning nearly a century. Today a professional journalist, the adult Boltanski brilliantly achieves a felt sense of his own dual role as observer of and participant in his family saga.

Early on, the language of this hybrid novel unfolds in sensuous fragments, disjunct visceral impressions, visual catalogs, and dawning shreds of memory. As the Boltanski tribe’s mythos — reflected in the child Christophe’s recollections and received memories — flows onward past to present, the language of The Safe House gives way to the ordered reportage of its adult narrator. Still, Christophe’s finely tuned awareness governs throughout.

Witness his description of an aunt’s dialysis sessions:

“Four whole hours for her blood to be pumped out of her dilated vein, blue and quivering, then passed through one of two needles in her arm into a nest of tubes and valves, of sphincters, of filters, a whole plumbing system that beats at her rhythm, hydrating, cleaning, getting rid of waste, and replenishing missing vitamins.”

The book’s narrative premise — call it architectural — proceeds room-by-room through the sprawling house at the core of the story. Each chapter corresponds to a room or significant space in the mansion and is devoted to an aspect of the Boltanski family’s life, often centering on a key character or two exemplified by the nature of the space.

For example, the kitchen is the setting for toddler Christophe’s recollections of his grandmother in her nurturing aspects, qualities we rarely experience as she — the dominant presence known to them as Mère-Grand — appears in subsequent chapters.

This architectural premise leads to the most memorable of episodes in The Safe House: grandfather Ētienne’s disappearance during the Nazi occupation of Paris during World War II. Born Jewish, Ētienne is summoned by the authorities, who are seemingly intent on dispatching him to an internment camp. To dodge this fate, Mère-Grand and Ētienne stage his disappearance, fitting out a space in the underfloor (called the “In-Between” in the English translation) that’s been modified into a cramped and undetectable hiding place by a complicit uncle.

None of the other family members have a clue about this. Like the authorities, they believe their grandfather has fled. Only Mère-Grand and the uncle know the truth. To support their cover story, Mère-Grand divorces Ētienne, claiming desertion. For 20 months, he hides by day in his narrow space, emerging only at night to share Mère-Grand’s bed (and ultimately impregnate her), until the Germans withdrawn from the city and he resumes his previous life as a prominent physician.

The “In-Between” is both basis and inspiration for the cover story Mère-Grand devises for the outside world and the family itself. It is the narrative touchstone of The Safe House, the creative engine of the novel in miniature, underscoring the human impulse to layer artifice over actuality and, ultimately, shape and form over received memory.

Similarly, the distinction between inside and outside, private and public, is central throughout. The Boltanski children are held close, discouraged from playing with other kids on the street. In Christophe’s recollection, they all prefer — or are coaxed to prefer — the inside to the outside. To the world out there, grandfather Ētienne is a distinguished physician, Mère-Grand a successful novelist, and Uncle Christian an artist of growing repute. In the private realm of the house (and in the view of Christophe the narrator), they are each something far more.

More than a “safe house” that shelters Ētienne from the Nazis, this mansion also protects and insulates the Boltanski clan from the world beyond its walls, fortifying each as he or she ventures out, often to great success.

That’s the animating irony in The Safe House: Beyond all the hurly-burley of the public realm past the walls, the tribe persists.