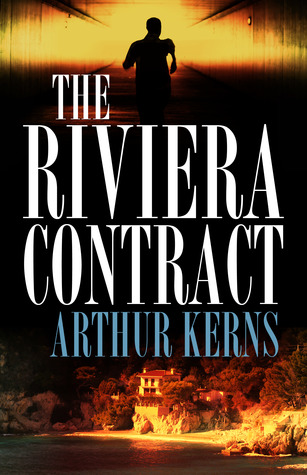 The Riviera Contract is one of those international spy thrillers with enough mayhem and sex to keep a reader turning the pages to see where it is all going. The body count is exceptionally high. I wonder if as many people died in Southern France in the Dark Ages during a particularly nasty bout of the bubonic plague.

As for the sex, I can’t remember reading any thriller in which it is both politically correct and graphic. In one scene, the hero, Hayden Stone, is chided by an old flame he has just re-bedded. Her complaint: he didn’t wear a condom. He defends himself by saying that he is “clean” and she should not be worried about any sexually transmitted diseases. It turns out that she was really concerned about becoming pregnant because, as she recalls, he shares some of the characteristics of “a racehorse.” I’ve cleaned this up a bit, but suffice it to say that James Bond would have been taken aback at such candor, and the lady’s further revelation that she has told all her girlfriends about her former lover’s biological capabilities. Bond, for all his chauvinism, was not the kiss-and-tell type, and probably would have reached for his trusty Walther PPK to put an end to the affair.

The woman in question is Contessa Lucinda Avoscani, who is of an age and status that one might think she would take control of her own procreative potential, if, indeed, she had any left. Who knows? Maybe Europeans aren’t as sophisticated as we boorish Americans assume.

The assignation takes place, of course, on a yacht in a French harbor. Stone has just battled to the death with a man in the water next to the yacht. Stone doesn’t kill the man; attracted by blood, a passing shark beats him to it. Apparently the Contessa is also aroused by blood. After throwing Stone a line and tending to his minor wounds, she strips and bites him in the neck. The next thing you know they wake up together and debate birth control. I personally think that, given the aging Contessa’s frantic haste to have sex, Stone wouldn’t have had time to look for his wallet, even if it contained a prophylactic. The sea water probably ruined it anyway.

The Riviera Contract is a breezy read, with scenes, both sex and shark, that are handled skillfully. Kerns is a capable writer with a keen eye for local ambiance. That serves him well as the plot meanders back and forth between France, where most of the mayhem occurs, and Virginia, where Stone, a retired F.B.I. agent, is recruited by the C.I.A. for a special mission after some of the agency’s agents are assassinated. (I had not realized interagency cooperation had improved to such a level. Then again, maybe the C.I.A. was running out of its own operatives and didn’t mind losing another one as long as he was an F.B.I. guy.)

Much of the dialogue is clever; some not so. “Ali’s family wallows with swine” is a put-down I haven’t heard before. There are several successful attempts at humor. An assortment of terrorists (two separate groups), ebola viruses, killer priests, spies for other agencies and so on tend to keep things hopping along. There are many stabbings and shootouts. Bad guys have names like “Gold Tooth” and “Three Fingers.” The latter, by the way, could have used more digits when he went up against Stone. In fact, Stone, a tough cookie, survives multiple murder attempts without needing any more help from a large fish. (Hell, if he could survive the Contessa, he could survive anything.)

The Riviera Contract starts off with a crib listing all the main characters, which is helpful, since the storyline can get a bit confusing. In a few sections Kerns switches from one character to another — in different locales — without signaling the reader by inserting the usual three dots, white space or new chapter heading. There is also a glossary of spy lingo at the end of the novel.

In the end, the good guys win, and the bad guys, what remains of them, are left wishing they could wallow with swine. It would be a step up.

Lawrence De Maria is a former New York Times Pulitzer-nominated journalist who has just completed his tenth novel. All his thrillers and mysteries are available at Amazon.com or through his website, www.lawrencedemaria.com.