The Rise and Fall of Adam and Eve

The influential theorist who founded new historicism delivers his take on the West’s origin story. 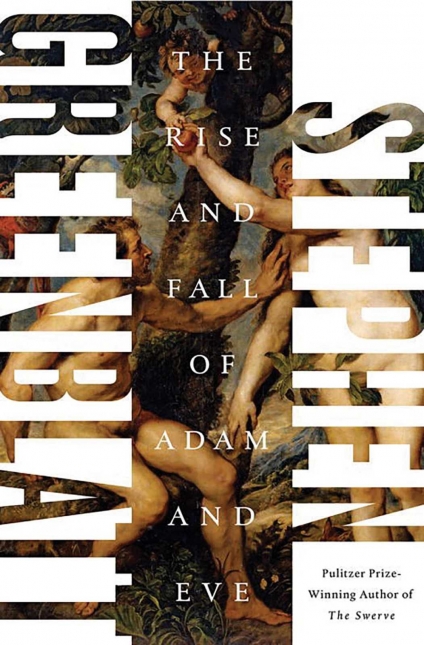 Stephen Greenblatt is one our best critics on Renaissance literature. He is also an influential theorist as well as a practical critic, and is known as one of the founders of the school of criticism often referred to as the new historicism.

Of late, he has sought a wider audience, reaching beyond the academic world with his widely read book on Shakespeare, Will in the World, and his surprising bestseller, The Swerve: How the World Became Modern. Now he comes to us with The Rise and Fall of Adam and Eve, an ambitious survey of the Adam and Eve story in largely Western Culture.

Greenblatt first sets the Hebrew Bible as text in relationship to other ancient texts, particularly Babylonian ones. He wants us to see both what is unique about the Hebrew Bible as well as make us understand there are contemporaneous origin stories as well.

He offers no new dramatic insight here but presents the information clearly and lucidly. Greenblatt dips into this arena, I believe, because he wants us to see that history almost accidentally favored the Hebrew Bible, and that there were other traditions that did not win out.

Greenblatt’s chapters on Augustine’s Confessions show how Augustine took a small section of the Hebrew Bible and transformed it into one of the central Christian governing ideas, human transgression leading to original sin. While the Adam and Eve story in the Hebrew Bible is clearly about disobedience, it is not clearly about original sin and the evils of sexuality. The Augustinian overlay through the Church fathers has become the dominant view of sin and sexuality.

Greenblatt pivots, dare I say swerves, to a discussion of the depiction of Adam and Eve in Christian art with an emphasis on Durer. The physicality of Adam and Eve or embodiments (Greenblatt’s superior word) come through vividly in Durer’s great paintings of Biblical figures. Since the Adam and Eve story can be looked at as both mythic and real, Durer painted with anatomical accuracy. These chapters are fresh, and the book has lively and lovely illustrations.

However, not surprisingly since Greenblatt is a critic of Renaissance literature, the chapters on Milton are the strongest in the book. We see how Milton’s problematic marriage, his theological questioning, his thwarted political ambition, and his blindness all come into play in Paradise Lost, his great poem on the Adam and Eve theme. One of the tenets of new historicism is that literary and non-literary texts circulate inseparably, and this chapter is an exemplum of that practice.

The final chapters on the scientific age leading to Darwin are a kind of falling off in intensity and interest. How science and evolution have problematized religious belief is too big a topic, and these chapters feel a bit perfunctory to me. I would have liked to see Greenblatt’s take on Tennyson’s In Memoriam, which, with its attempted grafting of scientific research, evolution, and divinity, positions itself as the Victorian epic poem in the vein of Paradise Lost.

The coda, as it were, of Greenblatt’s study is a sampling of origin stories from other cultures. While a salutary nod to multiculturalism, this section coming after a work immersed in Western culture seems a hurried afterthought.

I am a deep admirer of Greenblatt’s past work, but I must say while the material is well told, there is not much that is new in The Rise and Fall of Adam and Eve. The writing has on occasion a slightly portentous tone to it, almost as if it were a teleplay for a PBS version of Adam and Eve through Western culture.

The surprising aspect to the book is its somewhat old-fashioned nature. One would expect Greenblatt as a founder of new historicism to problematize and analyze historicist assumptions. Long ago in Mimesis, Eric Auerbach contrasted the packed, intense nature of biblical narrative with the seemingly more easygoing discursive nature of Homer.

Auerbach’s famous phrase, “fraught with background” remains useful in understanding how Biblical narrative works. That the relatively brief section of Genesis has had the enormous influence it has is partly due to the concision and precision of Biblical style.

Mimesis, still read and appreciated today, is a product of the “old” historicist model. Greenblatt and others were respectfully critical of the underlying assumptions in critics like Auerbach, Spitzer and Curtius. Despite some brilliant set pieces, The Rise and Fall of Adam and Eve seems slighter and thinner than those distinguished forebears.

Josh Hanft is the executive director of Ansche Chesed, where he curates the well-known reading series Scribblers on the Roof. He holds an M.A. in English and comparative literature from Columbia University.