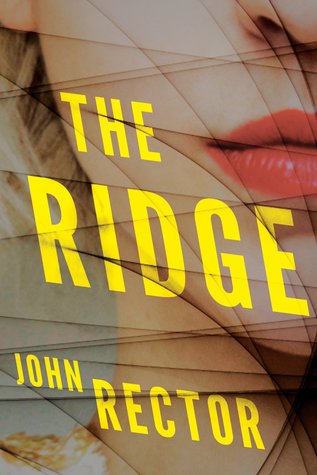 John Rector’s latest novel, The Ridge, begins with discontent brewing between Megan and Tyler, a married couple. They’ve just moved from bustling Chicago to the quiet suburban town of Willow Ridge, and Megan, once an up-and-coming artist, despises her new role as bored housewife. Unfortunately, Tyler has a contract with a local research company, making departure impossible for at least a year.

Restless and trapped, Megan becomes suspicious of Rachel, her beautiful neighbor. Convinced Rachel is trying to steal Tyler away, Megan confronts her, which leads to a heated argument between the two women, and then to Rachel’s accidental death.

Yet when traumatized Megan sends her husband over to check on the deceased woman, Tyler returns angry and frustrated, claiming that he saw and spoke to Rachel, who was alive and well. Confused, Megan tries to unravel whether she’s losing her mind (like her husband suspects), or if the town is not as serene as it seems.

The writing in this novel is tight and on-point, a difficult task when the plot doesn’t always move quickly. However, the true skill of The Ridge lies in the tone Rector sets from the beginning, one of constant tension and growing unease. The very first line proves unsettling for readers clever enough to pick up on it: “Then it was Saturday.” It implies something has taken place that the characters aren’t privy to — or can’t remember.

Notably, Rector has done excellent work in rendering Megan, an unreliable narrator. She seems unnecessarily jealous of Rachel, a feeling that springs from not having any other thoughts to occupy her mind. After the incident with Rachel, Megan cannot decide if she believes her own eyes, and readers can’t be sure she’s sane.

Apart from the possibility of Megan’s slipping sanity, the carefully constructed plot adds to the disquieting tone of the novel. Intriguingly, the portions where no particular event occurs are among the most powerful. In one instance, Megan drives to a nearby town where her decades-old car finally gives up the ghost. In the several pages from when she leaves Willow Ridge to when she returns, the feeling of her being trapped intensifies.

The only real issue in this well-crafted novel occurs when the town’s mystery, of sorts, is unveiled. About three-quarters of the way in, a neighbor of Megan’s tells her why the place and its people are so odd. He also partially explains the secrets of the facility where Tyler works, but his words leave nothing to the imagination and, in fact, mirror the explanation given in the climax. After this, the narrative deflates a bit.

While the tone remains dark and unnerving, there’s no longer a mystery as to whether Megan can be trusted. This takes out much of the novel’s tension and a lot of its fun, too. As such, when all is fully explained, the big reveal is rather small. Despite this minor stumble, however, The Ridge is definitely worth a read.

Fatima Azam is working on her PhD in comparative literature at UMD while also teaching English writing and literature. She resides in Maryland and is writing her fifth novel. She loves words almost as much as chocolate pastries.