The Perfect Nanny: A Novel

How well do you know the person watching your children? 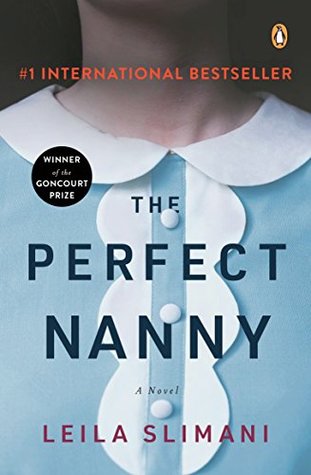 From the very first sentence of Leila Slimani’s Prix Goncourt-winning novel, The Perfect Nanny, we know that this is no Mary Poppins tale. Neither is it, as the Telegraph’s blurb suggests, “the next Gone Girl.” This novel delves deeper into social commentary than a conventional thriller, closely examining the prickly issues of class and gender that emerge when a working mother hires a stranger to look after her children.

Myriam and Paul are the parents to two adorable children, toddler Adam and his older sister, Mila. They have a lovely, if small, apartment in Paris’ prestigious 10th arrondissement. He is a music producer and she is a lawyer, but after the birth of Mila, she stayed at home because “[s]he alone was capable of meeting her daughter’s needs.”

However, after Adam’s arrival, Myriam yearns for something more, and when a law school classmate offers her a job, she jumps at the opportunity, even though her salary would just about cover the expense of hiring a nanny.

When doll-like, self-assured, imperturbable Louise shows up for an interview, it is “love at first sight” for everyone. Myriam and Paul hire her, and thus begins a twisted relationship of dependence, resentment, jealousy, and obsession.

As the title suggests, Louise soon makes herself indispensable to Myriam and Paul, cooking gourmet meals, sewing, and cleaning, as well as taking care of the children, converting their “hasty sketch of an apartment into an ideal bourgeois interior.”

But familiarity breeds contempt, and acrimony develops on both sides. The author adroitly depicts the uneasy line that household servants straddle: Though they enjoy special access to intimate family moments, they are, after all, hired hands.

Paul, especially, resents Louise’s influence over the children. And yet, he and Myriam acquiesce to her gradual take-over of their lives because they are too busy to do otherwise. She begins to stay overnight several times a week.

Meanwhile, scenes of Louise at home, flashbacks, and chapters narrated by people from Louise’s past offer growing evidence that all is not right in the nanny’s head. A young man who had been her ward remembers “the sudden savagery of her love, her desire to completely possess him.” She had been hospitalized for “delirious melancholia.” Her abusive husband left her with ruinous debt when he died. Her estranged daughter tells of a vicious beating.

As Louise’s behavior becomes more erratic, Myriam and Paul decide to “free themselves from Louise’s power.” Louise, meanwhile, becomes fixated on Myriam and Paul having another baby, since soon Adam will join his sister at school, and her services will no longer be required.

“The world seems to shrink, to retract, to weigh down on her body, to crush it. Paul and Myriam close doors on her and she wants to smash them down. She has only one desire: to create a world with them, to find her place and live there, to dig herself a niche, a burrow, a warm hiding place.”

And thus, the scene is set for the tragedy that has already happened.

By opening the novel with the nanny’s violent act of revenge, Slimani eschews the conventions of a traditional thriller. Rather than the crime itself, the author is interested in the social conditions that precipitate it.

She examines the tension between guilt and self-fulfillment that many working mothers experience, especially those with consuming jobs. She probes at the stigma of the mother who outsources her sacred maternal obligation to a “fake mother.” She exposes the inequality inherent in the servant-master relationship, with the servant performing familial duties and yet never wholly being welcomed into the family.

While Myriam and Paul are content to let Louise work more hours than she is compensated for and do tasks that are way beyond her job description, they are also wary of letting her take advantage of them. They tell themselves, “She’s our employee, not our friend.”

Though the author expertly builds up the dread as Louise’s mental condition deteriorates, the text is riddled with distracting idiosyncrasies that intrude upon the reader’s enjoyment. One might be tempted to lay the blame on the translator, who perpetrates glaring grammatical errors, abuses prepositions, and makes inelegant word choices, except that the awkward paragraph breaks and disorienting dissemination of details are clearly the author’s. The confusion that occasionally ensues breaks the rhythm, shattering the illusion the author has so painstakingly conjured.

The Perfect Nanny is too cerebral to be the next Gone Girl, but it is indeed a gripping psychological thriller. With acute sensitivity to issues of class and gender, Slimani spares nobody in this modern horror story of busy parents who hire the wrong nanny.

Alice Stephens writes a regular column for the Independent, Alice in Wordland. She is teaching a class on “How to Write a Book Review That’s Not Boring” at the Writer’s Center from Jan. 25 to Feb. 22, 2018.