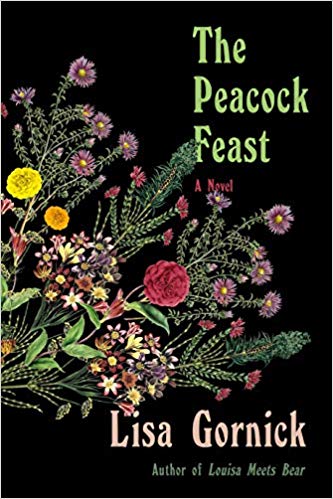 On her deathbed in 1935, a mother describes a 1916 explosion to her daughter, who had been too young on that “cursed day” to have memories of an event whose aftershocks would so profoundly affect her life.

Fast-forward to 2013, when we formally meet that daughter, Prudence Theet, née O’Connor, who is now 101 and living in New York City. Born to poor Irish immigrant workers at Laurelton Hall, the Long Island estate of famed stained-glass designer Louis Comfort Tiffany, Prudence is now worlds away from her humble origins, in station if not locale.

Past the century mark and living alone, Prudence is a woman of routine, a woman for whom a “collection of small cowardices that have constituted her adult years” has made her comfortable, yet contemplative of a life that might have been.

In the early 1900s, Prudence and her older brother, Randall, lived on the Tiffany estate. The child of a gardener and a housekeeper, Prudence gloried in witnessing the extravagances of her parents’ employer, including the elaborate gardens tended to by her father.

But it’s the titular Peacock Feast, a vulgar emblem of a time that celebrated “men of genius” and belittled the individuality and contributions of women, that stands out in those earliest of memories. Tiffany, who paraded his daughters — costumed and carrying paons en volière (roasted peacock) ceremoniously on platters — in front of his esteemed guests, is the same man who dynamited a breakwater to thwart efforts by local residents to reclaim a beach for public use.

But the book isn’t about Louis Comfort Tiffany, despite the events set in motion on his estate. Nor is it about the Gilded Age, nor Anna Freud, who makes an appearance during Prudence’s marriage to rigid adventurer Carlton Theet and becomes the partner of Tiffany’s daughter.

Rather, author Lisa Gornick presents a time-switching story that focuses on relationships and character development and not the recitation of historical facts or exposure of forgotten historical events. The backdrop of history is just that: the scenery against which the characters act out their lives.

The O’Connors abruptly depart Laurelton Hall for Hell’s Kitchen when Prudence is still young. While Prudence maintains a connection with the Tiffany family through a long-lasting relationship with Tiffany’s daughter Dorothy, Prudence’s fond memories of childhood give way to the heartbreak of seeing her brother flee home at 14, never to return. It’s Randall’s granddaughter Grace — who arrives at Prudence’s home bearing artifacts of her grandfather’s life — who opens the door to uncovering the questions that have lain unanswered for decades.

The truths behind what happened on Tiffany’s estate, why Randall fled home for California, and the trajectory of Grace’s life with her twin brother have been invisible weights on both Grace and Prudence. Opening up to each other during the twilight of Prudence’s life shines light on an almost self-imposed — or, at the very least, self-sanctioned — oppression.

In a wisdom earned from a lifetime of study and observation, Prudence recognizes that this sunlight doesn’t always show one’s best side:

“This sorrow, this lack of joy, this retreat from life: it’s an even greater bond than their shared bloodline. A kind of arrogance, it seems now to Prudence. As though we are entitled to walk away from living fully if we don’t like what comes our way. As though the retreat itself bestows superiority.”

Gornick switchbacks across a century, interweaving the stories of three generations of O’Connors, from New York City to San Francisco to Texas, from a West Coast commune where Randall’s twin grandchildren are born, to a death row in Huntsville where heartbreak looms.

Sprawling and nostalgic in both prose and construction, The Peacock Feast serves up characters who suffer dire consequences from poor decisions as well as happenstance. Meeting before it’s too late has, perhaps, given Prudence and her grandniece an opportunity to break away from the pain that has defined their lives and leave behind a mark subtler than an explosion and more precious than stained glass.

The Peacock Feast doesn’t have the contemporary, fast-paced sense of so many historical novels today, instead embracing an old-fashioned feel. It’s more “tea in the drawing room” than #wineandbooks on Instagram, with ambling sentences meant to be read and not binged, and a sense of literary leisure at times evocative of the Gilded Age that anchors it.

Jennifer Klepper is a lawyer and writer of upmarket, book-club fiction, and is the author of the USA Today bestselling novel Unbroken Threads. Jennifer lives with her husband and two children near Annapolis, Maryland.