The Man Who Saw Everything: A Novel

This Booker-nominated stunner of a novel defies easy categorization. 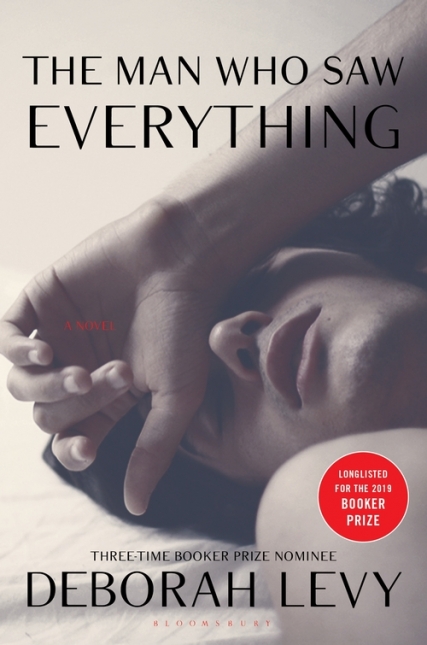 In her stunning new Man Booker-longlisted novel, The Man Who Saw Everything, Deborah Levy achieves what other authors have attempted but few have realized. When artists in other mediums were eschewing conventional forms to create new modes of seeing and listening, the constraints of linear narrative kept writers hogtied to telling what happened next. And next.

Now, thanks to the technical adroitness of the magical realists and masters such as W.G. Sebald, and, most recently, Nobel Laureate Olga Tokarczuk, the rigidity of plodding plots is at last shattering. What Levy has created is the fictional equivalent to the principle of theoretical physics that holds a particle can exist in two places at once. Only, instead of place, Levy’s magical mystery tour carries readers through two concurrent dimensions’ time.

In 1988, before Saul Adler, a 28-year-old, London-based historian, leaves for a research trip to East Germany, he wants his girlfriend, Jennifer, to snap his picture. He wants her to shoot it in the same Abbey Road crosswalk made famous on the cover of the Beatles’ final album, but, while waiting for her, he steps off the curb and is hit by a Jaguar driven by a mysterious figure named Wolfgang.

It will take Saul another 28 years to reach the other side of Abbey Road.

Despite being injured, he somehow manages to have Jennifer take his picture and even manages to propose to her. But something has been seriously knocked askew. In the midst of proposing, Saul is also ogling Jennifer’s roommate; in East Germany, he falls madly in love with his interpreter, Walter, but then sleeps with Walter’s sister, Luna, the devoted Beatles’ fan for whom Saul wanted the picture in the first place.

What Levy has knocked askew are conventional notions of reality. Sexuality, parenthood, politics, nationhood, space, and time all come into question. Halfway through The Man Who Saw Everything, Levy begins her novel anew, starting at chapter one.

Now 56, Saul again crosses Abbey Road and again is hit by a Jaguar driven by the mysterious Wolfgang, only this time, Saul’s hospitalized. Infected with sepsis, he relives the second half of his life. That is not to say he recalls nor re-experiences that life. No: Saul Adler lives his life as though he never had lived it before.

Levy hints at the simultaneity of past and present in the book’s first half when Saul answers a neighbor’s phone. The young boy on the other end introduces himself as Isaac, and Saul experiences “a pain…through my chest.” We and Saul later learn that Isaac is his son, conceived by Jennifer just before he left for East Germany.

Similarly, in the GDR, when Luna confesses she wants to defect, Saul experiences a strange foreknowledge. “By November 1989, the borders will be open,” he tells her, “and within a year, your two Germanys will become one.”

But Luna is impatient and, like Jennifer, she’s carrying Saul’s child, a fact Saul will discover only in his relived life. By that time, Luna will have disappeared, possibly to England, but more likely, into the hands of the dread Stasi because of Saul’s failure to grasp the true harshness of the East German regime.

Throughout both his lives, Saul remains the same self-absorbed, feckless individual he always was. Or is. As Walter describes him, he’s a man who “doesn’t care about his own life, so he doesn’t care about the lives of others.”

Saul Adler may be the man who sees everything, but he comprehends almost nothing, not even his own imminent death.

In his final moments, with Jennifer, his current lover, and estranged brother at his bedside, Saul steps off the curb of Abbey Road for the final time. “I knew as I took a step across the black-and-white stripes that I was walking across deep time.”

On the other side, Luna is waiting for him. “She was smiling and waving…she looked just like she had in 1988…I continued walking and when I got close to the other side I reached out to touch her hand.”

The Man Who Saw Everything may not be for everyone, especially those for whom the joys of linear narratives provide transportive escape from life’s cares. But for those who dare to step off the curb into the unfamiliar, Levy’s novel offers a panopticon of new realities.

Patricia Schultheis is the author of A Balanced Life, a memoir published by All Things That Matter Press, St. Bart’s Way, a story collection published by Washington Writers Publishing House, and Baltimore’s Lexington Market, published by Arcadia Publishing.