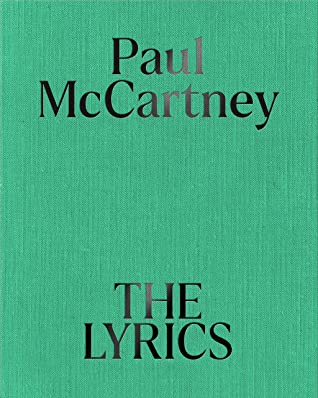 In John Updike’s famous essay about baseball great Ted Williams’ final game, the Boston Red Sox star refuses to acknowledge the adoring crowd after he homered in his last professional at-bat. No curtain call. No doff of the cap. Nothing. “Gods do not answer letters,” Updike wrote.

Paul McCartney is a very different kind of god. He openly relishes the praise and the cheers, and he seems like a guy with a few scores to settle in his twilight years, too.

After taking an unfair critical drubbing for most of the 1970s, McCartney has enjoyed something of a victory lap for the past two decades or so. Today, earth’s most popular composer of silly love songs garners generally solid reviews for his 21st-century solo work, while early post-Beatles albums and singles have been reassessed and accorded the respect they deserve as exemplars of innovative, melodic pop music.

‘Twas not always so.

Even Ringo piled on in the early 70s, “I feel sad about Paul’s albums…I don’t think there’s one [good] tune on the last one, RAM.”

Decades on, “Maybe I’m Amazed” and several other songs on McCartney, the 1971 single “Another Day,” and RAM, not to mention the 1973 LP Band on the Run, among others, stack up favorably to the Fab Four, and I’ll argue with anyone at the bar that Paul’s body of solo work is superior to John’s. Lennon’s first two solo records are admittedly strong, but it’s pretty thin gruel from him after 1971.

Lennon first broke up the Beatles internally in late 1969; Paul later took it public during the promotional launch of his solo record. Lennon was angry that McCartney got the “credit” (and the record-sales boost), but critics also unfairly blamed Macca for ending the band and took it out on his ensuing output. Lennon was perceived as edgier, George Harrison more mystical, and Ringo was Ringo, but Paul got a bum rap from “cool” critics for being earnest and openly wanting to write hits aimed at appealing to the masses.

Which brings us to this massive new volume, The Lyrics: 1956 to the Present. With a sticker price of nearly $100, it’s an impressive two-volume set chockfull of original lyric sheets, photos, and enough Macca, Beatles, and Wings ephemera to impress even the most diehard fan.

Citing the influence of Shakespeare, Lewis Carroll, Edward Lear, Dylan Thomas, and other literary heavyweights on his songwriting, Paul clearly would like a little more respect for the lyrical side of his work, especially since Lennon was always called the Smart Beatle.

There’s an underlying tension to the project, though, and I think Macca knows it. Even his greatest fans would say his strongest gift is for melody and singing, with lyrics a less important fixture of his work.

For example, when discussing “Old Siam, Sir,” a lesser known but excellent Wings rocker from 1979s Back to the Egg, Macca admits, “If I had to rate the elements of it, I think the lyric would come third to the feel of the song and the attack of the lead vocal…Ninety-eight percent of my songs come from a music idea, not a lyrical idea.” Interesting, then, to include it in a curated collection of one’s lyrics.

However, since a book called The Melodies probably wouldn’t work, Macca has chosen to share the lyrics from 154 songs arranged in alphabetical order and enhanced by input from poet Paul Muldoon; the latter, who edited the book, brings a nice — if occasionally highfalutin — perspective to Macca’s work.

McCartney, usually a relatively reserved diplomat, also answers some of Lennon’s harshest attacks in his own commentary. In 1971’s “How Do You Sleep?” Lennon threw a series of insults at Paul, including, “the sound you make is muzak to my ears/you must have learned something in all those years.”

“Dear friend, what’s the time?/Is this really the borderline?/Does it really mean so much to you?/ Are you afraid, or is it true?”

Paul does betray some raw feelings, though. Estranged second wives and second songwriting partners don’t fare too well here. Controversial second wife Heather Mills isn’t mentioned once, and longtime collaborator Denny Laine, who launched Wings with McCartney in 1971, co-wrote the massive hit “Mull of Kintyre,” and played closely with him for the rest of the decade, gets fewer mentions (four) than lesser figures in Paul’s orbit such as classical composer Carl Davis or singer Mary Hopkin.

There’s probably a little payback from the Cute Beatle at work here. McCartney’s divorce from Mills generated sordid media fodder, while his break with Laine was lower-key but included Denny alleging to tabloid reporters (after he and Macca parted ways) that outspoken vegetarian Paul liked to sneak off and eat meat behind Linda’s back now and then, among other petty revelations.

By contrast, first wife Linda McCartney (who died of breast cancer in 1998), current wife Nancy Shevell, and, of course, Lennon, figure prominently and positively. Linda and Nancy are Paul’s angels; John is his bad-boy best friend.

Yes, unlike Ted Williams, Paul the musical god appears to care very much what we think of him. While I suggest he’s too good for us and shouldn’t bother, I love his humanity and need for affirmation. It’s rarely possible to discern anyone’s true motive in this thing we call life, but if Paul McCartney’s goal with The Lyrics is to remind us of his unique talent, he’s succeeded admirably. Here’s to his next batch of sublimely silly love songs.

Michael Causey, who hosts the radio program GET UP! Mondays on WOWD 94.3 F.M. in Takoma Park, Maryland, has been an ardent McCartney fan since he bought the Red Rose Speedway LP at age 10 mostly because he knew it was related to the Beatles and he liked Paul’s hair on the cover.

This new book - Mommie Dearest with Chinese subtitles - has caused an uproar.