The Island of Missing Trees: A Novel

Cyprus forms the backdrop for this tale of love and displacement. 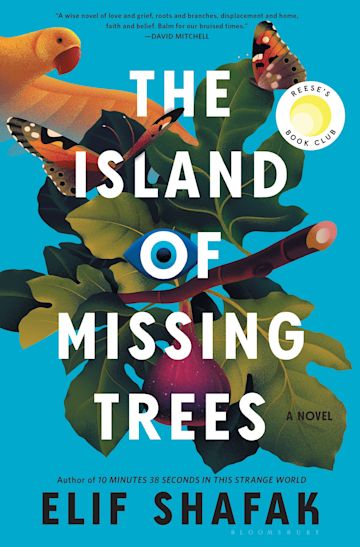 Save for an article in National Geographic I once read as a teenager, I rarely think about Cyprus and its tragic political upheavals and history. Elif Shafak’s The Island of Missing Trees changed all that, and I find myself still thinking about the book, the island, and fig trees long after having finished the novel.

The story follows the lives of Kostas (Greek), Defne (Turkish), and their daughter, Ada, a prickly teen reeling from Defne’s recent death. It begins in the early 2000s and then traces backward to take the reader to the early romance between Kostas and Defne and the events of the Cypriot civil war in the 1970s that led to the couple’s migration to England.

Incidentally, the book also follows the journey of the family’s fig tree — Kostas’ sole obsession since his wife’s death and the object whose loving and generous voice intervenes throughout the book, reminding us that a world exists beyond our perceptions.

By weaving together the past and present, Shafak provides incisive reflection on the trauma, displacement, migration, and loss that ensued during the civil war — experiences shared by both the fig tree (brought from Cyprus to England by Defne and Kostas) and its owners. Loss suffuses the lives of all:

“You don’t share a language, you think, and then you realize, grief is a language.”

At many points, the writing is both rich and tender. I especially enjoyed the scenes of some of the peripheral characters, such as the gay Greek/Turkish couple Yusef and Yiorgos, whose restaurant is a rare safe space where Defne and Kostas can build their young relationship as war erupts. Shafak even offers the reader a sample menu (featuring stuffed courgette flowers and carob tea, spicy moussaka, and artichoke stew).

These whimsically specific descriptions provide a more benign (and perhaps aspirational) space for the Cypriot conflict to emerge. One character notes, for example, how Greek baklava differs from Turkish (and has clear opinions on which variety she prefers). But I found the overall pacing slow at times, and the interceding observations by the fig tree felt disruptive and self-conscious as the novel progressed.

Nonetheless, the research Shafak presents about trees, especially early on, dazzled me, such as that banyan trees can “all of a sudden rustle in the absence of even the slightest breeze” or that an ancient acacia in the Sahara Desert spread its roots so deeply that it survived “on its own despite the extreme heat and water,” only to be destroyed by a drunk driver. Another loss, this time documented in passing, but the grief is just as poignant.

The reveal at the end was not entirely surprising, but I enjoyed it. Shafak bridges the disconnect so many of us feel in these times between our technology-glutted, hamster-wheel lives and the grounding comfort of the natural world by imbuing the fig tree with a humanity and grace we actual humans achieve only sporadically.

And while the love story between Kostas and Defne forms the center of the plot, Shafak is really writing about the immigrant experience — the events that compel us to leave our homelands and the resilience of our connections to those places. As the fig tree observes: “That is what migrations and relocations do to us: when you leave your home for unknown shores, you don’t simply carry on as before; a part of you dies inside so that another part can start all over again.”

Samantha Rajaram is the author of the historical fiction novel The Company Daughters, published in 2020.

This much-anticipated follow-up falls far short of its predecessor.

For two mothers, the social and psychological consequences of forced displacement are far-reaching.