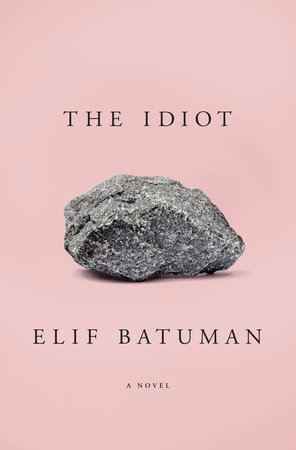 The daughter of Turkish immigrants, Selin — who is sensitive, intelligent, and witty — is a Harvard freshman, and she falls for Ivan, an older Hungarian mathematics student. The novel is set in the mid-1990s, when the concept of emailing is new, and even though they live close to each other, they choose this mode of communication, which allows them to say plenty but not have to deal with the risk of actually getting to know each other. Ivan, especially, seems to want this.

He writes to Selin: “Whatever you write with so much care and intensity has an image of You in it. That’s why I fear the triviality of conversations. What if I want to get to You to the same degree as through these letters — and I find out that I can’t?”

To make matters worse, he takes a week to write to Selin, and she has to “force” herself to wait a week before responding. Of course, every now and then, he will do or say something that makes it seems like he is into her, too, which keeps this tortured relationship moving forward.

Incidentally, he has a girlfriend.

It may be a matter of slight relief, as well as a surprise, that Selin has a fairly full and rich life outside of her obsession with Ivan: She spends time with her friend Ralph, whom other people mistake for being gay, teaches math to adult students, and learns Russian using an odd but effective method.

Elif Batuman is a staff writer at the New Yorker, and it’s very, very hard not to fall in love with her funny, intellectual essays, especially the ones in The Possessed: Adventures with Russian Books and the People Who Read Them.

She caused something of a minor literary scandal when she reviewed Mark McGurl’s The Program Era: Postwar Fiction and the Rise of Creative Writing for the London Review of Books and stated that she was not a fan of fiction written by MFA graduates, which she characterized as possessing “oversophistication combined with an air of autodidacticism, creating the impression of some hyperliterate author who has been tragically and systematically deprived of access to the masterpieces of Western literature, or any other sustained literary tradition.”

Given this context, I was especially curious to see what sort of novel she might offer the world.

While it would be easy to tear down this book because of its lack of plot or drama, the truth is, the story does exert a strange pull. Batuman is an exceedingly talented writer, both in terms of psychological insight and her delightful habit of pointing out oddities.

For instance, here’s how she describes how envy can often make its way into a sensitive person’s heart: “I was overcome by the sense of how much more there was in his life than in mine, by the things to do and distances to travel, while I never had done anything or gone anywhere, and never would.” Selin is fully aware that she is an observer, while Ivan is a doer, and that their dynamic has its downsides.

Details and observations like, “The night was humid and glutinous, and everyone’s hair was wrecked” or “Razor-sharp cucumber slices floated in ice-cold vinaigrette. The beets didn’t correspond to any ideas I had previously held” will make you want to keep turning the page.

While this novel falls short of being entirely satisfactory, it’s certainly a rewarding read in its own way. Here’s hoping she will write another, more ambitious novel one day.

Ananya Bhattacharyya is a Washington-based editor and writer. Her writing has been published in the New York Times, Guardian, LitHub, Baltimore Sun, Al Jazeera America, Reuters, Vice, Washingtonian, and other publications.