The Hidden Child: A Novel

This cautionary tale about the horror and hypocrisy of eugenics is based on real-life events. 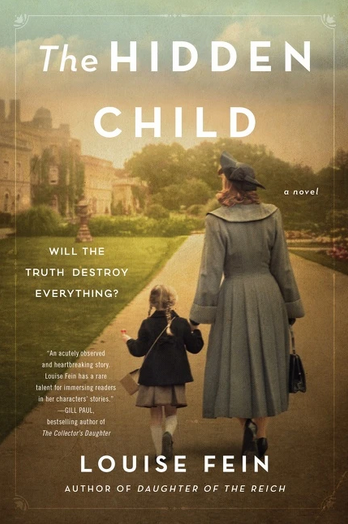 London, 1928. Eleanor and Edward Hamilton believe they have a perfect life. Their young daughter, Mabel, is a bright and happy child. Edward is a successful scientist and shining star in the English eugenics movement, following the example set by the Americans.

Says Harry Laughlin, head of the effort in the U.S.: “It’s plain to see that the quality of the American race is under severe threat from inferior-quality genes, and something radical had to be done. Just as we breed quality into racehorses, or higher yields into pigs and cattle, so we must breed higher quality into humans, the Nordic race being the pinnacle, the unfit and the lower-quality races being undesirable.”

The Hamiltons agree that weak-mindedness and disease are inherited. Breeding better people should reduce poverty and thus crime caused by subpar humans. After all, Eleanor’s mother was killed by a mentally challenged man; she agrees they must do something to get the imperfect off the streets.

But fate deals the Hamiltons a devastating blow when their precious Mabel is diagnosed with epilepsy — a condition the eugenics movement targets for elimination. Eugenicists believe “the adult epileptic mind is prone to criminal tendencies by lewd and obsessive interest in sexual activity.” Never mind that Mabel is only 4 years old. She has become an “unmentionable,” and Edward knows they must hide her affliction to keep his reputation intact. But at what cost?

Edward convinces Eleanor to institutionalize Mabel, as the movement requires. Yet the little girl’s health rapidly deteriorates at the Heath Colony for Epileptics — a cold and dreary place where no one should be forced to live.

Eleanor’s heart breaks knowing Mabel’s health is declining. To occupy her mind with other things, she assists her husband in compiling test results supporting the eugenics law that Edward will propose to Parliament. But as she transcribes the data, she discovers an anomaly. When she confronts Edward about the error, long-buried secrets surface which question the validity of the entire movement. Have their lives been a lie?

No, insists Edward, since “the ends justify the means.”

But Eleanor cannot support this mindset — or the movement — any longer and knows she must rescue her daughter. “What about liberty and freedom and humanity?” she asks, finally realizing the perversity of selective breeding. “Should this not be a right of every man, woman, and child, regardless of their state of health?”

Author Louise Fein’s inspiration for The Hidden Child was her own daughter’s epilepsy diagnosis at 2 years old. Although the girl’s seizures were finally controlled by medication, Fein came to think of epilepsy as “a monster who had taken possession” of her child. She includes chapters written from “the monster’s” point of view, portraying its smug indifference to human suffering. At one point, however, the monster declares that the methods society uses to address it — such as eugenics — are more damaging than the disease itself.

Many of the characters in the novel are real people, including Harry Laughlin and the Eugenics Record Office on Long Island. The movement’s financial benefactors included the Rockefeller family and the Carnegie Institution. (The Rockefeller Foundation once funded Josef Mengele’s notorious “twin studies” before the Nazi doctor moved them to Auschwitz.) In the early 20th century, several states enacted selective-breeding legislation, resulting in the institutionalization of hundreds of thousands and the forced sterilization of tens of thousands.

The Hidden Child ably casts a spotlight on the global history and disgrace of the eugenics movement. Given recent prejudicial social policies proposed here and abroad, it’s especially timely in its reminder to beware condemning those among us who are different.