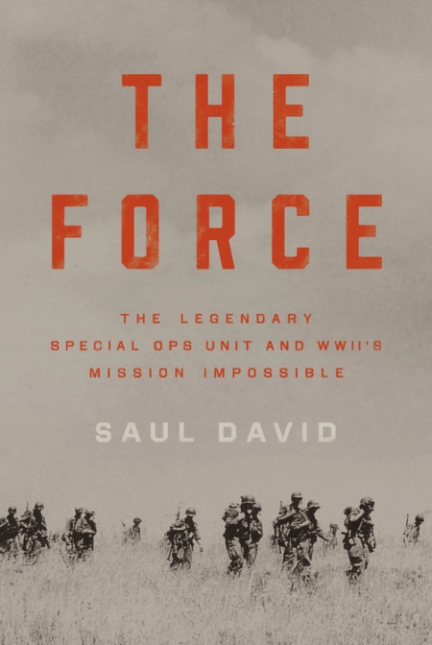 As the world prepares to celebrate the 75th anniversary of V-E — Victory in Europe — Day next May, a new book, The Force, by Saul David gives us an added insight into how the Allies achieved that hard-fought victory. Although the book focuses on one small unit, it demonstrates the dedication, skill, and courage of all those who won that war.

The Force follows a special combat brigade of that same name composed of carefully selected men with extraordinary abilities to survive under extreme wilderness conditions. These were former lumberjacks, mountaineers, forest rangers, trappers, and others of that ilk selected for their stamina and knowledge of the outdoors.

They were sent to Montana to be trained to move quickly through the most rugged terrain carrying up to a hundred pounds of equipment on their broad backs. They had to be able to ski and to qualify as paratroopers. The men were drawn from both the American and Canadian armed forces, which was just one of the reasons the group was considered unique.

This unit was created with the approval of Army Chief of Staff George Marshall and encouraged by leaders up to and including British Prime Minister Winston Churchill. The men were originally trained to be dropped behind enemy lines in occupied Norway when the nation was covered in snow. Using skis and special vehicles to navigate the snowbound landscape, they would sabotage key installations of the Nazi occupation force, striking a major blow against the Wehrmacht.

But despite initial enthusiasm for the mission — operating under the code name Project Plough — it was finally abandoned for a number of reasons, including a lack of funds needed to design and produce 600 armored snowmobiles that could be dropped from aircraft and used to glide across the Norwegian snowpack.

Fortunately, abandoning Plough did not call for disbanding the Force, which meant that the Allies now had an elite band of warriors trained for extraordinary missions. But where could they be used?

In June 1942, the Japanese invaded and held two islands in the Aleutians, and the Force was selected to come swooping in on August 15, 1943, only to discover the Japanese had withdrawn two weeks earlier. It was an anticlimactic moment that made the Force even more eager to engage the enemy.

Finally, in December 1943, the Force saw action during the Allied drive north from Sicily through Italy. A single battalion of the Force was given the job of assaulting the Nazi stronghold atop Monte la Difensa, the key element of the German defensive position known as the Winter Line.

Three earlier attempts by U.S. forces to take the mountain had failed, and it was now up to the Force to succeed so the Allies could move forward. The battalion of almost 300 men scaled the mountain wall and, after fierce combat — during which it suffered a 77-percent casualty rate — won the battle and marked a turning point in the European war.

Using primary sources, including interviews and memoirs left by participants, author David provides us with a riveting and harrowing account of this costly victory, fought by men we have gotten to know in earlier chapters of the book. That we know these men as real-life characters before the victory adds a dimension to this story and gives it a vitality so important in books about combat. David does a remarkable job in bringing these rugged, non-conforming men back to life.

While the book focuses on this event, the Force continued to operate with distinction during the Allied advance on Rome, the landing at Anzio, and action in the South of France before being disbanded on December 5, 1944. It became the model for and precursor of future American and Canadian elite units, including today’s U.S. Army Special Forces.

David, who teaches military history at the University of Buckingham in England, has written an important, highly engaging work that is, as novelist Raymond Chandler once wrote of a book he was reviewing, unputdownable.

A new edition of Paul Dickson’s Hidden Language of Baseball was just published, and his next book, The Rise of the G.I. Army, 1940-1941: The Forgotten Story of How America Forged a Powerful Army Before Pearl Harbor, will be published in 2020.