The Fireballer: A Novel

A pitching phenom brings the heat to Charm City. 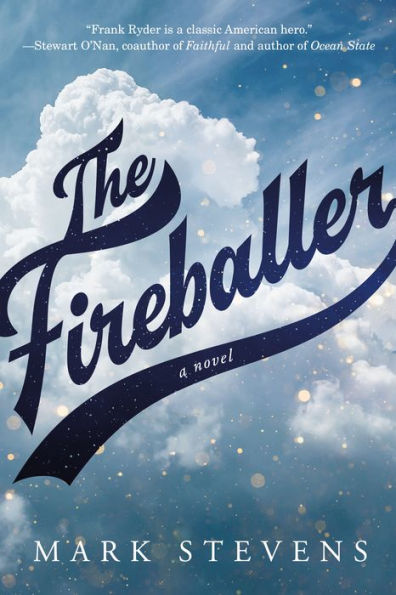 The baseball novel has a long, even distinguished thread in fiction. Eric Rolfe Greenberg’s The Celebrant chronicled the career of Christy Mathewson, one of our first sports heroes. W.P. Kinsella’s Shoeless Joe was refashioned marvelously for the big screen, as was Bernard Malamud’s The Natural (albeit with a markedly different ending).

In all of them, the story pinwheels around a larger-than-life character, one who often can whip a baseball over home plate at an ungodly speed. This is the world and the archetype that Mark Stevens offers us in The Fireballer.

Frank Ryder is unstoppable on the mound — able to pitch with amazing velocity and usually impeccable control. Now, there’s a combination many real-life hurlers would’ve cherished. But for all his glittering talent, Ryder has memories and ghosts that threaten to overwhelm his star turn on the diamond.

The author has Ryder pitching for the woebegone Baltimore Orioles, which is a nice touch. We’ve had enough of sporting exploits based in Fenway or the Bronx. Ryder is so good — his offerings consistently clocked at well over 100 mph — that rival owners are eager to hang a velocity limit on poor Frank. Talk about a pitch count on steroids. Then there’s the question of whether the new Orioles phenom can keep his past at bay long enough to deliver a championship to long-suffering Charm City.

All in all, Stevens brings together a roller-coaster story that will interest fans of sports novels. (Based in western Colorado, the author has been a consistent finalist for that state’s fiction awards.) What’s sometimes missing in The Fireballer, though, is a mesmerizing central star. Someone like Ray Kinsella or Roy Hobbs.

We’re drawn to baseball’s fireballers because so many are charismatic, colorful characters on and off the field. Ryne Duren, for example, regularly threw his last warmup pitch into the backstop to get everyone’s attention. Before Muhammad Ali, Satchel Paige was as quick with a quip as with his next delivery to the plate (his favorite being, “Don’t look back. Something might be gaining on you”).

Even such Hall of Famers as Bob Feller, Bob Gibson, and Nolan Ryan had their demons and curiosities. For example, Feller (aka Rapid Robert) never iced his pitching arm. “Ice is for drinks,” he would say, which led to a friendship with Tim Lincecum, nicknamed “The Freak” for his distinctive pitching delivery. Unlike Stevens’ fictional fireballer, Gibson considered the inner half of home plate his territory and would routinely buzz the batter. And despite being a stoic Texan, Ryan didn’t shy away from confrontations, even fisticuffs. Just ask Robin Ventura.

Then there’s the strange case of Steve Dalkowski. According to Earl Weaver, Pat Gillick, and other baseball insiders, the left-hander from New Britain, Connecticut, was the fastest they ever saw throw. He threw so hard that Ted Williams wanted no part of him during a spring-training encounter decades ago.

Unfortunately, due to injury and alcoholism, Dalko never reached the majors. Not for a single game. Instead, he later became the basis for Tim Robbins’ Nuke LaLoosh character in “Bull Durham,” a leap-of-faith movie whose origin story was detailed by writer/director Ron Shelton in The Church of Baseball.

This is the captivating world Mark Stevens raises the curtain on. And much of its intrigue is found in The Fireballer, which many readers and baseball lovers will enjoy. If only his main player were less a Boy Scout and more a rogue.

Tim Wendel is the author of the baseball novels Castro’s Curveball and Escape from Castro’s Cuba. His award-winning search for the fastest pitcher of all time, High Heat, will be re-released next year by Nebraska Press.