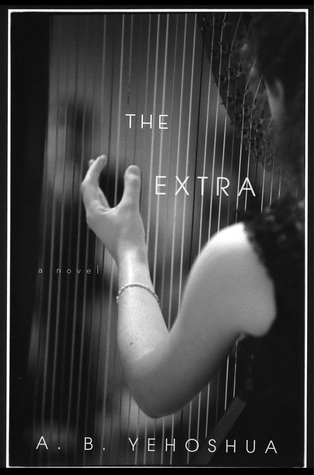 An extra is a warm body who fills a scene but doesn’t have a vital role in the story, “a participant without any effort or [obligation] in the stories of all kind of characters.” The titular character in Israeli author A.B. Yehoshua’s latest novel, The Extra, is a middle-aged harpist named Noga who lives in the Netherlands and has agreed to return to her hometown of Jerusalem after her father’s death to be a placeholder at her parents’ large, rent-controlled apartment while her mother tries out an assisted-living facility in Tel Aviv.

In order to occupy her time and earn some income, Noga’s brother, Honi, arranges for her to be an extra in various local productions, playing, among other roles, a jury forewoman in a movie, a patient in a medical soap opera, and a peasant woman in the opera “Carmen.”

Noga is Hebrew for the planet Venus, named for the Roman goddess who embodies love, beauty, sex, and fertility. In a society that prizes fecundity, Noga has chosen not to have children and is constantly faced with the disappointment and pity her childlessness evokes in her family members and compatriots. Her ex-husband, who still adores her, divorced her to marry a woman who would give him children. Thus, Noga is an extra in more ways than one.

She is also something of an extra in her family. Since Noga lives abroad, the care of their mother has fallen entirely on Honi, and for this reason he wants her near his home in Tel Aviv, safely ensconced in a facility so that he doesn’t need to attend to every little emergency. Honi loathes “blacker than black” Jerusalem — black being the color worn by the ultra-Orthodox Jews “whose poverty turns them into strange fanatics.” In this novel, the rift in Israel is not between Jews and Arabs, but between secular and devout Jews.

Hoping to counteract the fanaticism of their parents, and because “he missed the children you didn’t give us,” Noga’s father introduced two neighbor boys to television, a “scandalous appliance” which is forbidden in their sect. The boys become so entranced by TV that, after Noga’s father’s death, they sneak into the apartment to watch it, which Noga’s mother tolerates, both because she feels sorry for them and “she has no grandchildren of her own in Jerusalem.”

With this obsession with Noga’s childlessness, even from her very secular family, it is easy to see why Noga fled her homeland. In that, she is representative of Israel’s vanishing artists, who have either fled abroad or simply ceded to the increasingly anti-intellectual, anti-secular, anti-humanist atmosphere of a country under the grip of a right-wing government.

Noga’s childlessness can be seen as a metaphor of the Israeli artist with no heirs to carry on his or her mission of intellectualism and enlightenment. (Honi’s wife is also an artist whose “works are too intellectual and complex, and buyers hard to find.”)

The author’s paternalistic, slightly condescending portrayal of Noga is of a vessel empty of introspection and insight, a character “surrender[ed] to other people’s imagination” who “sometimes confuses[s] the imagination of others with the reality of themselves.”

Though she is not a particularly sympathetic character, her greater sin is being uninteresting. However, Noga is a fairytale character like Red Riding Hood, and it is as an allegory that this seemingly slight novel derives its power.

The novel ends in Japan, where Noga is fascinated that the Japanese are so saturated in the everyday rituals of Shintoism and Buddhism (two religions that peacefully co-exist) that, as a tour guide tells her, “seventy-five percent of Japanese people do not define themselves as having a religion…yet eighty-five percent identify themselves as Buddhist…And ninety-five percent believe in Shinto.” Where Israel has failed in marrying the religious with the secular, Japan has succeeded.

Just as the author’s portrayal of Noga is vitiated by his male sensibility, his depiction of the Japanese is somewhat antiquated, some might say racist. (I’m reminded of a Seinfeld joke where Jerry is accused of being racist because he likes Chinese women and says, “If I like their race, how can that be racist?”) Yehoshua describes the Japanese as a quaint people stuck in time, engaging in an inordinate amount of bowing, walking with “tiny steps,” and sitting on benches on their knees (while it’s true the Japanese sit on their knees a lot, they do know how to use furniture).

Those with little interest in the crisis between the secular and the religious roiling the Jewish population of Israel may find the gentle drift of the narrative too slow and drab. But for those concerned with the state of contemporary Israeli society, The Extra will be a fascinating, absorbing read.