In honor of Patricia Wald, a trailblazing judge who passed away yesterday at 90, we share here a review she wrote for the Independent in 2011. 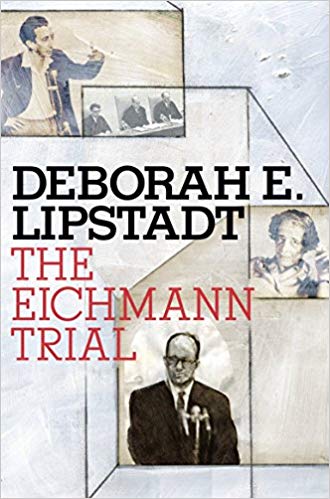 Justice Oliver Wendell Holmes once wrote that “great cases, like hard cases, make bad law.” The Eichmann trial, which continued from April 11 to August 14, 1961, certainly qualifies as both a great case and a hard case; whether it made bad law will be debated for decades to come.

In the literary world, however, we do know that hard cases make for many books. So it is with Adolf Eichmann (1906-1962), an SS officer and major Holocaust participant, who was tried by Israel in Jerusalem 50 years ago.

Since then, numerous commentators (some Jewish, many not) have debated all aspects of the trial, such as the kidnapping of Eichmann from Argentina to stand trial in Jerusalem; the Israeli court’s jurisdiction and the fairness of its procedures; the impartiality of the Israeli judges; the motives of the prosecutor; the strategy of the defense; the relevance and prejudicial nature of the evidence admitted against Eichmann; and the appropriateness of the death sentence imposed.

What has probably been debated most is the impact of the trial on a fascinated audience worldwide, particularly upon the Jewish survivors of the Holocaust.

Deborah E. Lipstadt, a professor of Modern Jewish History and Holocaust Studies at Emory University, provides the latest entry into the Eichmann book repository. Lipstadt herself emerged as a successful defendant in a British libel suit brought by the notorious Holocaust-denier David Irving ― the same man who had been described in a 2006 Lipstadt book as a “Hitler partisan wearing blinkers.”

Though Lipstadt handily defeated Irving’s libel claim, there is no doubt that, as she herself admits in the introduction to this book, she brings to her current project a very definite point of view about the many controversial aspects of the Eichmann trial as well as turgid opinions of previous commentators to whom she liberally refers and unabashedly critiques.

As Lipstadt sees it, “historians” personal experiences constitute facets on the prism through which their view of past events is refracted. For the sake of her readers and herself, a historian must acknowledge that presence and try to ensure that they clarify, rather than cloud, her understanding.”

This is a difficult task, indeed, and it is not always clear whether Lipstadt entirely succeeds in her goal. To her credit, she does try to give some credence to both sides of the enduring debates about the trial, such as:

The validity of the prosecutor’s strategy to put on a parade of basically irrelevant survivor witnesses who had no personal knowledge or experience with Eichmann, this in order to present holistically the full horror of the Final Solution in human terms; or

the relevance and prejudicial nature of the evidence admitted against Eichmann; and whether the prosecutor should have introduced into the trial the searing issue of why Jewish victims of the camps and gas chambers had not resisted more aggressively and to what degree the self-policing Jewish Councils compromised the best interests of their wards to accommodate German masters; or

whether there was any justification for charging Eichmann with the full scope of the Holocaust when the actual evidence could link him only with certain discrete phases of the operation.

Recognizing serious legal defects in the trial, as many others have done, Lipstadt ultimately comes down on the side of its historical and moral value in “giv[ing] a voice to the victims that they had not had before…[and] compel[ling] the world to listen to the story of the final solution in a way that it never had before.”

Such a justification is persuasive to a degree ― few, if any, would lament Eichmann’s ultimate accountability for his terrible crimes ― but I must admit that my experience as a judge on the Yugoslav war crimes tribunal gave me pause. As I read about so much prejudicial and irrelevant material being admitted into evidence, though the judges ultimately said they did not rely on it, two questions bothered me: First, why was this kind of evidence allowed in the first place, and second, can judges truly wall off their legal logic from their emotions when exposed to such a hellish parade of atrocities? Isn’t that very danger the reason why we in Western law have rules governing the relevance of evidence to begin with?

Then there was the disproportionate resources of the prosecution versus those of the defense, and the fact that Eichmann lacked counsel during his cross-examination. While acknowledging the defects of the trial, Lipstadt appears to accept a “rough justice” appraisal of the outcome.

I would point out, however, that in the intervening years since the Eichmann trial, the international human rights community has focused on greater due process rights for the criminally accused, no matter how heinous the alleged crimes.

One has only to compare the trials of Slobodan Milošević, Charles Taylor, Radovan Karadžić, and other high-level international tribunal defendants. (There are critics of these trials as well, but their grievance is more often the defendants got too much due process.)

Lipstadt’s book is not primarily a lawyer’s firsthand, play-by-play account of the dynamics of a “trial of the century.” Telford Taylor’s The Anatomy of the Nuremberg Trials (1992) is that kind of book. By contrast, Lipstadt seems more absorbed in taking on the historical debates about whether Eichmann was really just a “cog” in the Nazi machine, not even a committed anti-Semite but rather a minion who followed orders from above.

An entire chapter of the book is devoted to her assessment (mainly, but not totally negative) of Hannah Arendt’s contemporaneous report of the trial, which produced the famous “banality of evil” phrase. (See Arendt’s Eichmann in Jerusalem: A Report on the Banality of Evil, 1998.)

Lipstadt thinks Arendt “critiques the victims but went easy on Eichmann.” Lipstadt mobilizes her own allies, along with selected evidence from the trial and Eichmann’s taped memoirs, to argue that he played a significant role in the genocidal operation, and beyond what he actually did himself, he knew about and approved the wider campaign of human destruction that was the Holocaust.

She makes telling points along the way on other continuing debates about:

Who can take credit for the discovery of Eichmann in Argentina (not Simon Wiesenthal, in her view).

The part played by the Vatican and Catholic officials in the abandonment of European Jews to their fate.

Whether it was ethically or historically fair to blame the victims themselves or their Jewish caretakers for not physically revolting more often before submitting to annihilation.

The mission of The Eichmann Trial seems less to recount the trial itself than to settle some of the burning questions it left in its wake. Lipstadt’s preoccupation with giving voice to the Holocaust victims is certainly understandable, and indeed praiseworthy from a historical point of view. Whether that role should be delegated to a criminal trial continues to raise issues in war crimes trials now being held throughout the world in both national and international courts.

The U.N.’s Yugoslav and Rwandan tribunals do not allow victims’ participation as such, but only as witnesses to actual events implicating the defendant. By comparison, the Cambodian tribunal and the International Criminal Court do allow wider victim involvement so long as it neither unduly prolongs the trial nor is prejudicial to the defendant.

Additionally, interpretations of crimes against humanity and genocide often permit victims’ testimony to show that the accused crimes were committed against the background of a “campaign against a civilian population” or “with the intent to destroy in whole or in part” a racial, religious or ethnic group. (See: Sineho Yee, editor, International Crime and Punishment: Selected Issues, 2004, vol. II, pp. 77 passim.)

Moreover, doctrines like joint criminal enterprise (akin to our conspiracy doctrine) and command responsibility permit victims of crimes of subordinates to give evidence even if their specific crimes were not known or ordered by the accused.

Such developments in international war crimes law are still a work-in-progress, but they do lend support to Lipstadt’s goal of highlighting victims’ voices in these trials. Ironically, Lipstadt reveals in the final footnote of her book that her own defense at the libel trial dealing with the issue of the historical truth of the Holocaust involved no survivor witnesses, this for strategic reasons.

In sum, The Eichmann Trial contains interesting and informative insights on this historic trial; it does, however, as she concedes, report events through the prism of her greater compassion for the victims and her strong sentiments that Israel was, and still is, their natural protector and representative.

Her book is surely worth reading as a valuable contribution to an ever-increasing library of Eichmann books. That said, for this reviewer, the ultimate validation of many of Lipstadt’s still-controversial conclusions requires reading much more of that library.

Patricia M. Wald served as a judge on the International Criminal Tribunal for the former Yugoslavia from 1999 through 2001. Before that, she was Chief Judge of the U.S. Court of Appeals for the District of Columbia Circuit, having served on that court from 1979 through 1999.