The Dream of the Great American Novel

This fresh, generous treatment of iconic works makes a persuasive case for the transcendence of truly seminal stories. 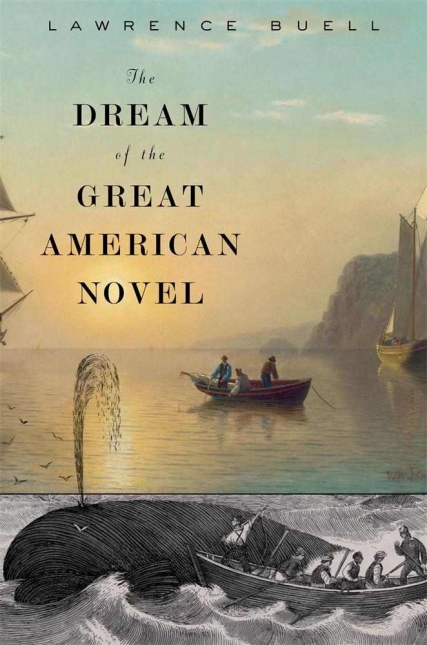 One thing for sure: Lawrence Buell has some nerve. A chaired professor of American Literature at Harvard, he has written a whopper of a book, The Dream of the Great American Novel, organized around a wishful notion that for more than a century has been a running joke, a ready source of satire, a club to beat down the pretensions of any novelist who seems to overreach, an intellectual hairball, and a cliché that just won’t go away.

Buell is aware, of course, that “at first sight, GAN seems a mish-mash of exclamations and pronouncements,” and admits that any critical reckoning will require a “lot of connect-the-dots extrapolation.” It turns out he has both the necessary erudition and sufficient imagination for the project; Buell knows where the dots are and he is able to connect them in ways that are enlightening and often surprising.

Moreover, by making the Great American Novel the presiding concept of the book, Buell has removed his inquiry from the joyless chamber of pure theory and positioned it at the juncture where high art merges with popular culture, opening enough space to consider the sweep of the American novel against changing ideas of nationhood. Buell’s scrupulous prose is accessible to readers (like me) who choke on academic jargon, and turns to many popular sources, including the blogosphere, as he tries to take the measure of the leading contenders for the title of GAN.

The idea of the Great American Novel had been in the air for decades, Buell notes, before it was articulated as a critical concept in an 1868 essay by the novelist John William De Forest. Arguing that early American fiction had been too “local” or sectional, De Forest called for a work that would capture “the American soul” by portraying ordinary American life with the amplitude of a Thackeray or a Balzac. In the post-Civil War years, in a country seeking reunification, there was hunger for a piece of literature that could help express a national identity.

In The Dream of the Great American Novel, Buell develops four master “scripts” for the GAN. Script One is the novel “made classic by retelling” – The Scarlet Letter, for instance, which has provided popular culture with many enduring tropes and influenced later writers as different as Henry James, Harold Frederic, and Bharati Mukherjee (a short list that gives an idea of Buell’s deep range in setting up the literary context for his work).

Script Two is about “aspiration in America.” Here Buell examines the up-from-poverty novels that have been a staple of American fiction, and the centerpiece of the section is an extended comparison of The Great Gatsby and An American Tragedy. The novels might not seem to belong together, but they were both published in 1925, and by placing them side by side Buell is able to make us see them both in a new light. This kind of pairing, by the way, is one of his favorite and most effective techniques; he keeps finding ways that American novels speak to one another, their situations and motifs echoing from one book to another.

Script Three is called “romancing the divides,” one of the few infelicitous phrases in Buell’s book. Here Buell’s focus is on Toni Morrison’s Beloved, which he calls a “culmination and augury,” a pivotal work among the many GAN contenders that are shaped by racial themes, novels such as Uncle Tom’s Cabin, The Adventures of Huckleberry Finn, and Absalom, Absalom!

Script Four concerns “improbable communities” such as the crew of the Pequod in Moby-Dick, groups that are presented as stand-ins for the society as whole. In this section, Buell also grapples with recent writers such as Don DeLillo, Thomas Pynchon, and David Foster Wallace.

Devotees of Wallace will feel that Infinite Jest gets rather short shrift, an inevitable shortcoming in a book that aspires to present a coherent and overarching view; Buell just doesn’t have time to do justice to every novel that he includes. The meat of the book is found in Buell’s fresh, generous, and in-depth treatments of iconic novels.

And, of course, in the painstaking connecting-of-dots that makes a persuasive case for the Great American Novel. As a vision, a quest, a dream, the GAN has long been encoded in the DNA of American literature. In this magisterial book, Buell shows how the idea has echoed from novel to novel, how it has motivated individual writers, and how it has registered and reflected the major movements of our national history.

Uncle Tom’s Cabin, Moby-Dick, Beloved, American Pastoral, Gravity’s Rainbow, The Invisible Man, The Great Gatsby – these are some of the contenders for the title of the GAN. If no single novel can be declared THE great one, there is no doubt that, collectively, these novels are indeed great. Nor can there be any doubt that the notion of the GAN, much like the idea of The Frontier, provided the faith, the impetus, the ambition, and the vision that fueled a uniquely American quest. As Buell tells it, the straining after the Great American Novel is in itself an epic.

Stephen Goodwin teaches at George Mason University. His most recent novel is Breaking Her Fall.