The Dog of Tithwal: Stories

A charged, sober collection about life in post-partition India and Pakistan. 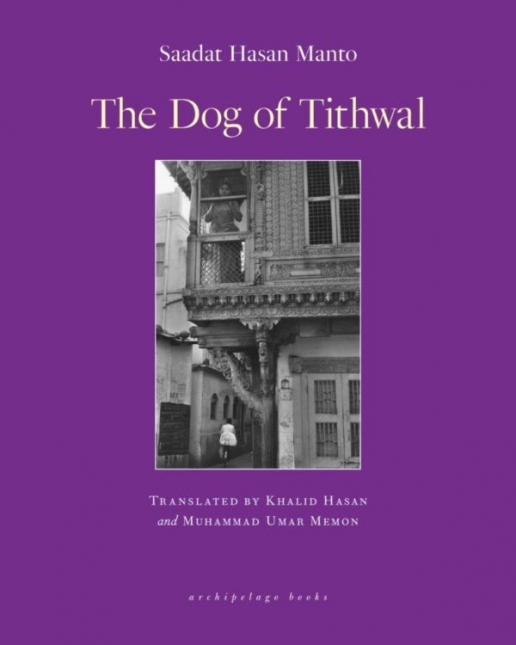 When India was partitioned into two countries in 1947, and millions of people had to leave their homes in search of safety on the other side of the newly created border, 2 million people died. That figure is comparable to the number of casualties in the Vietnam War.

How was this possible? The answer is both simple and horrific. Ordinary people are capable of turning into monsters who pillage, rape, and murder. This combustibility that’s intrinsic to our nature is a focus of several of Saadat Hasan Manto’s stories collected in The Dog of Tithwal.

Born in Punjab, Manto later moved to Bombay (now Mumbai), where he began to write: fiction, screenplays, and journalism. After partition, Manto considered staying in Bombay, where he’d built his career. But, according to his memoir, when he realized that one of his Hindu friends felt the very same brand of hatred brewing elsewhere around them, Manto made the decision to migrate to the young Pakistan.

The concept of “communalism,” which in South Asia connotes sectarian hatred, is at the heart of many of the most striking stories in this volume. In “Mozail,” the Jewish ex-girlfriend of a young Sikh man offers to help him rescue his love, who is also Sikh, from a Muslim neighborhood. (As I read one scene in which Mozail — the Jewish woman — gives a Sikh lady her gown so that the Muslim perpetrators will mistake her for a Jew and she’ll be safe, I was struck by history’s twists and turns.)

In “The Dog of Tithwal,” Pakistani and Indian soldiers are positioned on two hills of the same height, aimlessly exchanging fire every now and then. When a dog appears, both sides wonder about its allegiance, and the poor thing gets caught in between — perhaps as a metaphor for Manto himself. And in “Toba Tek Singh,” one of his best-known stories, Hindu and Sikh residents of a Pakistani mental asylum are sent to India, where one man refuses to cooperate after he learns his hometown is in Pakistan.

The characters in Manto’s stories, both those who are victims of hatred and violence and those who commit it, are normal people. Yet the perpetrators’ humanity seems to recede temporarily when their passions have been inflamed; violence is possible when the deep-rooted prejudice that lies mostly dormant in them is provoked.

In “Two-Nation Theory,” Manto explores this latent bias. A Muslim man falls in love with his Hindu neighbor, and the attraction is mutual. He proposes marriage to her — but only if she converts to Islam. She isn’t thrilled and asks why he can’t convert to Hinduism instead. He replies:

“Islam is the best of religions. The Hindu religion is no religion. Hindus drink cow urine; they worship idols. I mean it is all right in its place, but it cannot compare with Islam. If you become a Muslim, everything will fall in place.”

Of course, after he makes this speech, she turns him away.

The other main distinguishing feature of this collection is the amount of sex in it. Given the puritanical nature of literature on the subcontinent in the 1930s and 40s, and given the scandal caused by Lady Chatterley’s Lover two decades earlier in the West, I was shocked by the degree to which Manto was willing to explore all things carnal: from premarital sex to prostitution to lecherous conmen fooling the innocent. The most troubling story, “Colder Than Ice” — a rather perplexing translation of its original title, “Thanda Gosht,” which means “Cold Flesh” — hints at necrophilia.

Manto was prosecuted several times, both under the British Raj and later in Pakistan, for obscenity, including for “Thanda Gosht.” He was convicted in the latter case and had to pay a fine of 300 rupees — a large sum in those days.

The author, an alcoholic, died in 1955 at age 42. But despite passing away so young, he produced 22 story collections. This shocking feat must have been the result of fast writing, and you can feel his restlessness on the page. Some of these stories end abruptly or seem rushed, and the prose can be utilitarian (though that could be because the original lyricism was lost in translation). And the stories can’t be accused of possessing excessive psychological insight, either. But despite these flaws, the tales in this volume are addictive, excellent portraits of a place and a time.

As I was reading, I kept wondering why I hadn’t encountered Saadat Hasan Manto before. I realized this was because he wrote in Urdu, and translations of his work may not have been widely available in India when I was growing up. Kudos to publisher Archipelago for bringing him to the attention of the wider world.