Super-Infinite: The Transformations of John Donne

An affectionate look at a complex renaissance man. 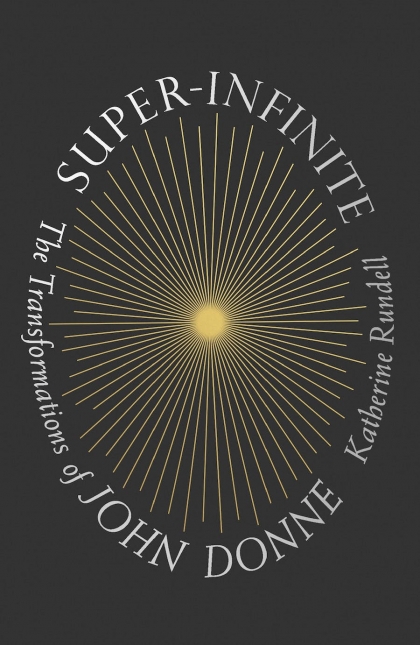 In this new critical biography, Katherine Rundell brings us a fresh take on the poems, prose, and protean identities of a 17th-century master of the English language. Super-Infinite is both humble and flashy. Humble because John Donne’s life and work lie on a path well-trodden by scholars; flashy because Rundell is a playful, incandescent stylist who brings scintillating insight to her subject.

The author sets out to overturn the narrow angle on Donne that many of us have picked up like a subtle classroom virus. To be sure, the historical Donne is a dazzlingly ironic love poet, a contemporary of Shakespeare and Jonson who — at age 41 — seemed to shift gears abruptly, becoming a sermonizing priest and writer of the celebrated Holy Sonnets. But this foreshortened angle is more conveniently biographical than artistic, and it’s misleading. As Rundell reminds us, Donne’s creative pilgrimage was less a stark shift from one mode to another than a blossoming of creative genius long present.

Certainly, Donne the preacher was a singular master of gripping, knotty language where faith, love, and death — always, for him, the ground of human existence — tangle in a three-way cage match of late-Renaissance paradox. But this was true in Donne the poet, as well, whose penchant for ironic oppositions shines through in late devotional verses and in love lyrics, too — and even in the copious correspondence and longer prose of his youth:

“Donne was ever able to hold two conflicting truths in front of him…Humanity, as he saw it, was rotten with corruption and weakness and failure — and even so it was the great light of the universe…Few people would turn to Donne’s poetry or prose, with its twisting logic and deliberate difficulty, for solace — but you might turn to him to be reminded that for all its horror, the human animal is worth your attention, your awe, your love.”

Donne had rich occasions for observing the human condition at all levels of society, as his life was a shapeshifting sequence of identities. He was a precocious versifier, an inveterate letter writer and essayist, a fledgling lawyer, a seafarer, a secretary to a nobleman, a member of Parliament (twice), a lover of women (but probably fewer than his youthful reputation suggested), a convict run afoul of his father-in-law/employer, a husband and father of 12, a royal courtier and spiritual adviser to James I, a failed diplomat, an Anglican priest, a widower, and, ultimately, the dean of St. Paul’s Cathedral.

Rundell reminds us that money matters for Donne were usually touch-and-go: He was never fully secure financially until the final decade of his life. He knocked around a good deal on his bumpy upward climb and achieved monetary success only on landing the deanship, a clerical posting that was top-of-the-heap in Jacobean London. His was a surprisingly protracted c.v. for the man Rundell ranks as “the finest love poet England has ever known” and “one of the greatest innovators in the English language” for his off-beat, inventive coinages. She is convincing regarding this latter characterization but perhaps over-the-top in her assessment of Donne’s rank as a love poet.

Still, it’s clear that authorial enthusiasm is a shining hallmark of this book. For a work of scholarship, Super-Infinite is a witty joyride of a read, wearing its erudition lightly and a bit irreverently:

“When Donne was talking about death he did not, unlike most of his contemporaries, yearn for the silence and stillness of the tomb. No: death was to be explosive, multicoloured, transmogrifying. He wanted ravishment…Donne wanted, ideally, to be struck down mid-sermon and topple down, an abrupt corpse, unto the congregation below.”

Whoa...writing like this may be somewhat speculative for a scholarly biography, but for this reader, it’s wonderfully engaging. Super-Infinite is both academically specialized and shot through with imagination, and so it’s maybe not for everyone. Yet it’s studded with fascinating digressions, and given an open-hearted read, it will, I’m convinced, please most folks interested in Tudor/Stuart England and knowledgeable about its literature.

Bob Duffy, an erstwhile Renaissance scholar and university instructor, is a Maryland writer and book reviewer.

The Case of the Married Woman: Caroline Norton and Her Fight for Justice for Women

A discarded wife demands equal protection under the law.