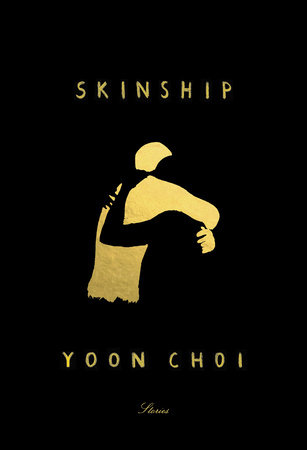 While there has been a Korean presence in America since laborers were recruited for Hawaiian plantations in the early 20th century, the biggest influx arrived after the abolishment of racist quotas with the 1965 Immigration and Naturalization Act. Adopted from Korea in 1968, I grew up without any evidence of Korean culture — no restaurants, no K-pop or K-dramas, no Korean movies in the art houses, no Korean authors in bookstores, no Korean American writers on the bestseller lists.

Now, in suburban Maryland, I live close to an H Mart and a Korean Korner, a Korean barbecue is joining the bibimbap restaurant in my neighborhood, BTS rules the music charts, Bong Joon-ho’s “Parasite” swept the Oscars, Korean writers (especially women) are getting mad literary respect, and Korean American writers are included in the canon.

The evidence of Korean influence on the American cultural landscape continues with Yoon Choi’s debut story collection, Skinship, with each of the nine stories presenting a facet of the Korean American experience, from convenience-store owners Jae and Soo Han to former piano prodigy Albert Uhm to housewife Minyoung Hwang, whose daughter scorns her for wasting her Ivy League education.

In these intricate tales, characters with complicated histories navigate subtle social hierarchies, occasionally sharing subdued moments of conflict or intimacy. After the drama and adventure of emigration and immigration, the characters have settled into the routine of American life, toiling to make a living and to understand their American-born children and old-world parents.

The story of modern Korea is one of division, displacement, and separation, and the generations bear witness to this trauma, even when it is decades removed and an ocean away. Several of the stories address this familial separation.

“First Language” is narrated in the pidgin English of a woman who weds a Korean American man through a matchmaker, arriving in the U.S. with a terrible secret: an illegitimate son fathered by her Korean American high-school English teacher. After five years, she gains the courage to tell her husband about the boy:

“He walked around and around the room. He said, I don’t even know how to understand this. I don’t even know what to say. But after a while, he started to believe. I could tell because he started to be angry. His English became more stylish. He did not care if I knew the vocabulary. He said, ‘How, in five years of marriage, does one fail to mention the existence of a son? How is that even within the realm of possibility?’

“I thought, Well, but it is possible. It is as possible as the other thing, which is to say his name out loud. And anyway I thought you already knew. I thought you were like me, that we had the quiet agreement not to talk about the unpleasant thing. I thought we were pretending together. That was the deal, I thought. So I kept the mouth.”

Whereas another writer might have ended the story with the arrival of the hidden son, that arrival is but one cog in the complex mechanism of the story which is tightly contained within a trip to pick up the boy, now a troubled teenager, from a Christian rehab for wayward youth. There is no resolution other than the narrator’s conclusion: “It is very easy to lie in the language that is not your first language.”

“The Loved Ones” depicts the flipside of the consequences of a mother being separated from her child, this time told from the child’s point of view. Deracinated adoptee Happy Hyuk-jae Anderson is an underachiever drifting through life. When he fails to get a job after graduating high school, his mother arranges for him to shadow a hospice nurse, Geneva, on her rounds for a few weeks. “His mother’s this sweet, petite, blue-eyed lady. The kind of woman who adopts a baby from Korea and gives him a name like Happy — because she was.”

Geneva and Happy make a visit to Young-shik Kwon, a veteran of the Korean War who is in the “active dying” stage. The Kwon family dynamics are complicated, and as they wait for the patient to expire, Happy combs through the artifacts of the man’s life with a dissociative detachment, purloining his war medals with barely a thought, his mind more on his aspiration to become a tattoo artist. He and Young-shik’s granddaughter commune briefly, giving each other temporary tattoos — she translating his ridiculous name into Korean, making it conform to the idiosyncrasies of a language that conjugates adjectives and a culture that has an ambiguous relationship with happiness.

It’s a deceptively simple story that encompasses the many permutations of the Korean American immigrant experience, from the patriarch granted U.S. citizenship because of his service in the Korean War, to his first-generation children — one of whom he may have cut out of his life for writing an academic book that reframed the story of Japan’s colonization of Korea — bickering over his care; to his all-American granddaughter, an up-talker who goes to Berkeley; to Happy, invisible to the older generation of Koreans, feeling his way cautiously into the future.

(Thank you to Choi for recognizing that Korean adoptees are immigrants, too, comprising over 200,000 of the diaspora.)

The stories are given time and space to unfurl — the briefest is the 24-page “The Loved Ones,” which takes place in a single day. Choi’s writing is elegant, and there is a lacquered beauty to the tales. But what lingers is not the prose but the weight of other worlds, absent ancestors, and the diaspora’s awkward longing for a disappeared past and an unattainable future.

A Korean immigrant, Alice Stephens is the author of the novel Famous Adopted People, editor of Bloom, a book reviewer, and a columnist for the Independent.