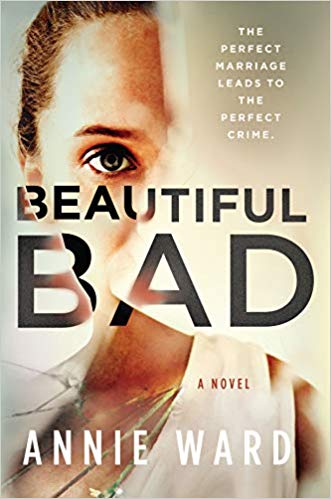 The book jacket on the early edition of Beautiful Bad asks the reader to “Look inside 2019’s Thriller of the Year.” Admittedly, I viewed the assertion with skepticism and, from my point of view, the claim falls under the category of “fake news.”

I’ve lived on a steady diet of thrillers for over five decades, and whereas successful deviation from the typical format can be inspiring, certain truths remain unchallengeable: Grab the reader; create a sharp intake of breath; make the reader impatient to turn to the next page.

After reading the first chapter of Beautiful Bad, “The Day of the Killing,” I was intrigued. A frantic 911 call, a crying child in the background, a detective debating whether to go inside by herself or wait for backup…I’m ready to turn the page.

Grown-up readers are used to detailed backstories, vivid descriptions, and lengthy character building. Thriller fanatics, not so much. Patience is not our strong suit. If the author meanders in the weeds, we lose interest in where the snake is hiding. The author in this case, Annie Ward, does create tension. However, the temperature doesn’t rise until the last third of the novel.

Maddie, the novel’s lead character, is an interesting woman. At times, she is adventurous, a faithful friend, and later, a dutiful mother to her son. Other times, she seems impulsive, reckless, and even flighty.

Maddie is a travel writer who does not hesitate to venture to war-torn areas overseas to visit her best friend, Joanna. On a visit to Macedonia, Maddie meets — and is instantly smitten with — Ian, who is, of course, a handsome soldier of fortune.

The budding romance between Maddie and Ian becomes the main plot as it weaves through the pages with the fits and starts of a 20-year-old jalopy. As a direct consequence, Maddie and Joanna’s relationship is inexorably intertwined with the on-again/off-again status of the affair.

The primary plot revolves around Ian, who, after a number of missteps, marries Maddie. Ian is a gun-happy survivalist who suffers from PTSD. When their son, Charlie, is born, Maddie’s protective instincts go into overdrive.

While they’re on a camping trip, Maddie has a disfiguring accident. The details are murky, but her scarred face and her concerns over Ian cause her to enter writing therapy. In these letters, the author shines:

Assignment: A time when I was really angry. “Was daddy showing you how to shoot this gun?” I asked, smacking the Nerf gun so hard Charlie had to scramble to catch it. “No.”

“Then which gun, Charlie? Which gun did he show you how to shoot?”

Reading these letters felt like reading a diary that I’d purloined from my sister’s hidden drawer.

Perhaps the most grievous sin of a thriller writer is to leave loose threads hanging at the end, a sin Ward does not commit. In fact, she sews up everything by the final page, and she does it with such a terrific twist that it made me upgrade my initial opinion of the book.

Although not a classic thriller, Beautiful Bad is like a good meal at a restaurant where the service is slow but, at the end, the owner offers you a delicious chocolate soufflé — on the house.