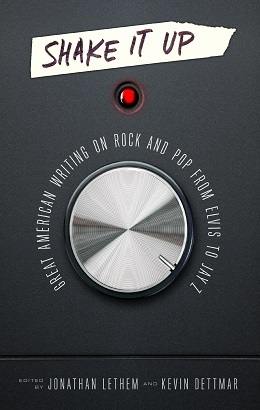 Back in the days of cassettes (Google it, kids) the mix tape was how teenagers communicated. That guy who included too much Billy Joel and not enough Elvis Costello? He’s out. The guy who turned you on to obscure late-1960s Kinks? Invite him over to watch Don Kirshner’s “Rock Concert” (Google it, kids).

Depending on your definition, rock ’n’ roll was born in 1955 or thereabouts. Today, that makes it a 62-year-old who retains some aspirations to be cool and counter-culture but who also wants to have a robust 401(k) and savor leisurely excursions to wine country. This is called a dilemma.

Rock ’n’ roll is supposed to be messy. Respectability is a corrupter.

By the 1980s, rock and pop stars of the 60s and 70s were touting soft drinks and credit cards. Former Sex Pistols front man Johnny Rotten just sang the praises of Donald Trump. The corporatized Rock and Roll Hall of Fame promotes good-time oldies and watered-down versions of protest songs. You can rent it out for your next big company event. Cool, man!

What, then, to make of a suspiciously textbook-like 580-page tome lovingly produced by the estimable Library of America covering half a century of rock and pop?

Answer: Treat it like a mix tape. First, skim the table of contents and respect the exhaustive breadth of who and what it covers: Sam Cooke, the Memphis soul scene, disco, David Bowie, the Cars, Marvin Gaye, Bruce Springsteen, Prince, and Michael Jackson, among others.

A fellow Beatles OCD nerd once told me his remaining joy when reading new books about the Fabs was gleefully pointing out the errors. So, I turned to the collection’s first Beatles essay ready to pounce.

Overwrought, misinterpreting a few things (how many times do people need to be told “Lucy in the Sky with Diamonds” is not about LSD, dude?), it reminded me of a Meet the Press panelist gravely analyzing the political nuances of Abbott and Costello’s grating “Who’s on First?” routine. Was it a commentary on Joe McCarthy? The Cold War? It was a metaphor for something deeper, right?

Worried now, I began to poke around the rest of the collection. Turns out, it’s pretty great. Sure, there are some misfires among the 50 essays, but even the White Album had a relative dud or two (“Revolution 9” or “Wild Honey Pie,” anyone?).

For example, where the Beatles essay was a bit hifalutin, Ellen Willis on Janis Joplin is beyond poignant when using the singer’s life arc as a springboard to larger truths. Here’s Willis in 1980 contextualizing Joplin’s late-1960s rise and October 1970 death of a drug overdose:

“Young Americans were in a sense the stars of the world, drawing on an overblown prosperity that could afford to indulge all manners of rebellious and experimental behavior. The combination was inherently unstable — Whitman’s open road is not, finally, the Hollywood Freeway, and in any case neither stardom nor prosperity could deliver what it seemed to promise.”

The desire to be a rock ‘n’ roll fan, especially a young one, is fueled by a need to join one gang and exclude others. “I do not claim they were the best,” writes Paul Nelson in 1975’s “Valley of the New York Dolls,” “but the New York Dolls are still my favorite rock ’n’ roll group, although I will understand if you do not like them.” Then he sums it up for us fellow snobs: “I will understand, but deep down I will not want to know you.”

How we engage with rock and pop music is also a mirror for our increased isolation from each other, writes Elijah Wald in his 2009 essay, “Say You Want a Revolution.” Where technology and other forces have made it increasingly easy for each of us to listen to and discover new music in our own bubble, what have they taken from us?

“Whether that was liberating or limiting is a matter of opinion and perception,” he writes. My guess is he’d go with limiting. Me, too.

One of the highlights of the pimply, gawky stage of my adolescence was taking a chance and buying something called “Beggars Banquet” by the Rolling Stones. The hip older guy at the register of the Georgetown Kemp Mill Records (Google it, kids), framed by a cool haircut and semblance of a moustache, nodded at me and said, “Good album.” I forgot I was a dork for nearly a week.

Today, I tend to rely on my iTunes algorithm-driven “you might also like” feature. It’s frequently on target. It gives me access to roughly 18 gajillion songs. Still, it’s never made me feel cool.

And if you tell me emailing an electronic playlist to a friend is better than handing them a hand-labeled mixtape cassette, I’ll understand what you are saying, but deep down, I won’t want to know you.

Michael Causey frequently writes about music for Washingtonian, Bethesda Magazine, and other publications. He’s co-host of the radio program Get Up! On WOWD 94.3 FM takomaradio.org. Google it, kids.