Sentence: Ten Years and a Thousand Books in Prison

What can reading behind bars teach you? 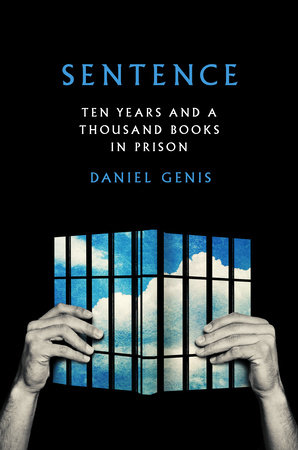 For years, I’ve had a poorly conceived fantasy that I would enjoy certain kinds of tragedy because they might yield unlimited reading time. This included hospitalization — until I actually underwent surgery and found being hooked up to beeping machines diluted the pleasure of the page. Now, Daniel Genis comes along to disabuse me of another lingering fantasy: that a stint in prison might involve lying in bed all day with a good book.

When Genis, the son of a Soviet émigré, was a 25-year-old recent NYU graduate, a burgeoning heroin addiction pushed him into a weeklong crime spree — a series of muggings polite enough to get him nicknamed “the Apologetic Bandit.” But because he carried a pocketknife during those courteous assaults, Genis was sentenced to five consecutive two-year terms for armed robbery. Sentence is his reflection on that decade and the reading he got done while incarcerated, yet it’s more a detailed account of life in a New York State maximum-security prison than a literature review.

Genis uses his reading to supplement accounts of his experience in what he calls “Incarcerated Nation.” There are chapters on race, sexuality, being Jewish (as is Genis) in prison, the prevalence of mental illness, the culture of weightlifting, and the celebrities encountered in maximum security. He naturally focuses on dramatic instances and violence, and I got the impression he spent much of his time afraid for his safety. At least, I spent the majority of my time reading Sentence afraid for his safety.

Still, this isn’t an exposé. While he makes it clear prisoners can get their hands on drugs and weapons far too easily, he doesn’t discuss why this is so, nor does he offer much in the way of actionable criticism. Genis is describing this world as it is, not prescribing how it should be.

For example, on the matter of race — a theme that runs throughout the book — he makes it clear that much of prison social life is organized around ethnic identity, with areas of the yard carefully proscribed. Genis makes friends with people of all races but mixes primarily with whites. This is true even when his fellow Caucasians are skinheads (and, he points out with humor, presumably antisemites).

Genis acknowledges that the Aryan Brotherhood is a strong presence in prison, but he questions some members’ devotion to the ideology. He notes that many Brotherhood members listen to rap music, and that some supposedly racist white groups welcome Latino members. He concludes that fear and insecurity — more than racism — are what attract many whites to these groups. Genis supplements his observations with readings from the history of fascism, including works by Oswald Spengler, Joseph Goebbels, and Albert Speer.

This is the practice of the book generally: Genis examines an area of prison life and then brings in readings to reinforce his conclusions. Hence, the chapter on incarcerated African Americans references Bobby Seale and Alex Haley, while Genis’ take on Judaism behind bars centers on the themes of isolation and alienation in the work of Arthur Koestler, William Burroughs, Jorge Luis Borges, Fyodor Dostoevsky, and Robert Heinlein.

It would be difficult to overstate the catholicity of Genis’ reading. In one paragraph, he references Evelyn Waugh, Dostoevsky, AA’s Big Book, and Harold Kushner’s When Bad Things Happen to Good People. And while often focused on the grim, Sentence also offers wit. Genis’ depiction of the way the Jewish inmate population is swollen by a belief that kosher prison food is better than the goyish variety reads as if Woody Allen had written The Godfather. Later, he recounts how a junior year abroad in Copenhagen led to his teaching the runic alphabet to Aryan Brotherhood members trying to revive worship of the Viking god Odin (a practice he jokingly calls “onanism”).

Wryness aside, I did find myself wishing the author’s insights were deeper. Too often, Genis’ inferences — though informed by a decade in lockup — feel painfully obvious. For instance, at the end of his chapter on race, during which he describes his friendship with a scholarly Black prisoner named Abdul Majid, Genis concludes, “Black people are just like all people. Some are good and some are not. Treating people as if they have racial characteristics rather than individual ones is the very definition of racism.” While he has a clear eye for detail and can recount a story in clean prose, his revelation is shockingly ordinary.

His final reflections, however, are not so wan. In the only extended comments on a particular book in Sentence, Genis shares what he learned from reading Marcel Proust while incarcerated: Memory abets the loss of time rather than recovers it. His epiphany that simply reading is no way to live — and his subsequent decision to turn to writing upon release — was genuinely moving. For the first time, we feel what Genis has lost as well as what he has gained.