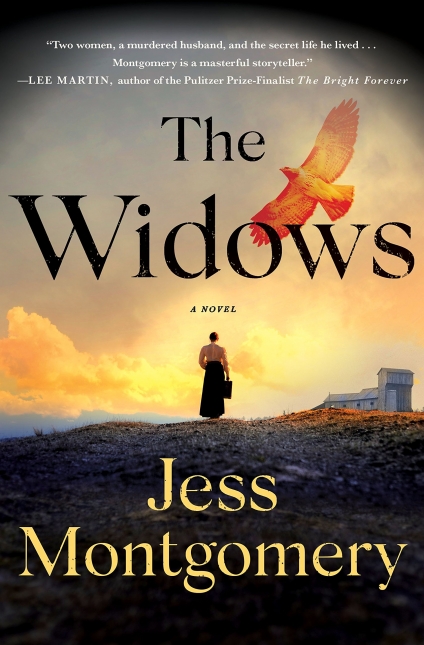 An historical mystery with richly developed characters, The Widows tells the story of two women in an Ohio coal-mining town in 1925. The story focuses on yet another period in American history when a woman’s quest for the truth is never an easy journey, especially when she must battle the interests of the men in her community.

Such is the case for Lily Ross.

After her husband, Sheriff Daniel Ross, is killed on his way to pick up a fugitive from the Bronwyn County jail, Lily is appointed interim sheriff. Pregnant, already a mother of two, and grieving for the man she has loved her entire life, Lily cannot accept the story she's told about her husband’s death.

Daniel was a soldier in the Great War and a man who knew how to survive. He wouldn’t make the mistakes the circumstances of his murder imply:

“[Lily] deserves to know the details of Daniel’s death. She needs to know them. For she already realizes that the cold fury gripping her heart won’t ease, that she won’t be able to be a proper mother, to find her way with the new child, with Jolene and Micah, until she does.”

Lily is compelled to learn the truth about how her husband died and who might've killed him. This curiosity is heightened further when Marvena, a widow, mother, and union organizer, knocks on Lily's door. She has a connection to Daniel, something Lily never knew about.

Suddenly, Lily’s search for the truth is complicated further: She must now solve the mystery both of her husband’s demise and of his relationship with Marvena. But dealing with her grief is the first part of her journey:

“Three days after Daniel’s been found, Lily holds the hands of her children…as they walk from their house, past the county courthouse next door that fills the corner of Main and Court streets, and down to the Kinship Presbyterian church. The trek is not even a block, and yet Lily’s stride slows with each laborious step, her heart pounding as if she’s run as she had as a child in the woods behind her grandparents’ buckwheat farm, down to Coal Creek and the Kinship Tree.”

The women in The Widows are courageous, but it’s Daniel who’s most pivotal to the story. Author Jess Montgomery uses captivating scenes, letters, and memories to help us get to know him, the complexities of his character, and the degree to which he still looms over his wife’s life:

It’s an emotional tale — set alongside an equally emotional (and dangerous) struggle to unionize the town’s draconian coal-mining operation — but it feels accurate. Adding to the depth of the story is the absence of mustache-twirling bad guys or other easy caricatures.

Instead, characters’ dark motivations are believable and authentic, rendering their choices fascinating and memorable, and making The Widows an all-the-more-effecting page-turner with a deep moral center and an unforgettable cast.

Denny S. Bryce writes for NPR Books, FROLIC Media, and the Washington Independent Review of Books. Her debut historical-fiction novel, Wild Women and the Blues, is slated for release in 2021 from Kensington.

In this fantastical collection, flawed characters face the unintended consequences of their actions.

This story of cultural hybridity, immigration, and war pulses with humanity.