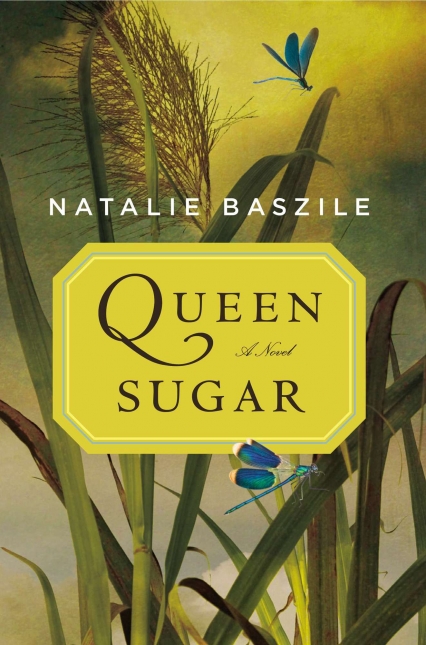 Queen Sugar, the debut novel from Natalie Baszile, is a book deeply steeped in its rich setting — the sugarcane plantations of Louisiana. Baszile is clearly a writer who has done her homework, rendering in meticulous detail the way of life and the landscape of this world: “Mid-July now, Friday, and after the rainy false start, summer asserted its full magnificence with velvety morning air and peachy skies that turned glacier blue by noon, then a brilliant marbled red and purple at dusk. Laid-by and borer-free, the cane grew lustily, the swordlike leaves thickened, the roots deepened, the stalks pushed eagerly upward in the generous sunlight until they stood eleven notches high.” Reading this book is inhabiting, briefly, the backbreaking and brutal yet rewarding life that is sugarcane farming.

Baszile has also created a cast of vibrant characters, and her strong African-American women in particular carry the novel. Charlotte Bordelon — known to her family and friends as Charley — born and raised in a comfortable home in Los Angeles, is a widowed, 34-year-old mother who has inherited a Louisiana sugarcane plantation from her father. Struggling as an art teacher to inner-city kids in Los Angeles, Charley decides to move, with her 11-year-old daughter Micah, to Louisiana and take up farming — in large part because her father has left the plantation in a trust that makes it impossible for her to sell it. The two arrive in Louisiana and move in with Charley’s grandmother, Miss Honey, the opinionated matriarch of an extended family clan.

Meanwhile, Charley’s older half-brother Ralph Angel, who has been estranged from Charley and their father for years, also sets off for Louisiana after being invited by Miss Honey. Also widowed, Ralph Angel is the father of 6-year-old Blue. A ne’er-do-well whose only supporter is Miss Honey, Ralph Angel feels bitter that his father cut him out of the will, and the relationship between Charley and Ralph Angel is tense from the moment he arrives.

Despite a number of setbacks in running her new farm — a lack of funds and manpower, among others — Charley proves herself to be a plucky and resourceful woman who is not afraid to get her hands dirty, operating heavy machinery and stepping in beside her crew to plant cane by hand. Race is a central issue in the book — how could it not be? — and Baszile handles it deftly. Charley is aware that both her race and gender affect many of her interactions — especially with white male sugarcane farmers — without being obsessed with the color of her skin. She is comfortable being a black woman and expects those around her to be just as comfortable — and if they’re not, that’s their problem, not hers.

In one of the most sensitively-rendered relationships in the novel, Charley’s love affair with Remy Newell, a white sugarcane farmer, nearly comes to an end when he makes a comment about race. Remy believes himself to be progressive — he listens to NPR, after all — and for the most part he is, and yet he says to Charley, “You’re not like other black people; at least not the black people around here. It’s almost like you’re not black at all.” Charley bristles at this comment, replying, “Every morning when I wake up and look in the mirror, I see a black face and I love it. Sure, I’ve been to Paris and grew up surfing, and yes, I speak like I’m in a commercial. But I’m just like the women you see walking on the side of the road with their laundry baskets and their Bibles. I’m just like the old men pedaling their rusty bicycles. I’m no different from the men who drive your tractors or the woman who probably raised you. I’m just like them, no better and no worse. I’m black, Remy, which means everything and nothing.” By the end of the novel, we witness both the strain that racial difference can put on a relationship as well as how that relationship can mature.

That being said, the novel is not without flaws. After a measured and carefully crafted opening, the book begins to move too fast in the final third, rushing to its climax with a series of short, underdeveloped scenes. The character of Ralph Angel, though central to the novel, is never as fully alive as Charley, Miss Honey, Micah, or a handful of other less prominent characters. His behavior is, for the most part, predictable, and we see his undoing in a series of repetitive scenes in which he screws up again and again — losing jobs that he deems are below him, shoplifting, doing drugs, failing to be a good parent to his son — and his final downfall seems too easy, a convenient way to write an unredeemable character out of the story and out of Charley’s life.

In another troubling scene, after Micah attends the Sugarcane Festival and sees “Queen Sugar and her court — all young white women dressed in heels and baby-doll dresses, their legs perfectly tanned — smiling their biggest debutante smiles and waving giddily from the deck,” Charley seems overly grateful when Remy — best friends with Queen Sugar’s father — arranges for Queen Sugar to visit Micah at her home and then take her as an honorary guest on the parade float. Lacking confidence in her appearance — due to a scar from a burn, but also possibly the color of her skin — Micah is delighted to be included among the white girls of the court. Yet given Charley’s fierce strength and self-esteem, her profound comfort in her own skin, she would, it seems, be more likely to question whether her daughter should aspire to the kind of feminine beauty that is put on public display and that clearly values whiteness.

Despite its shortcomings, Queen Sugar is an impressive debut from a talented writer and a fascinating look into the world of the contemporary South.

Yelizaveta P. Renfro is the author of a book of nonfiction, Xylotheque: Essays (University of New Mexico Press, 2014), and a collection of short stories, A Catalogue of Everything in the World (Black Lawrence Press, 2010). Her fiction and nonfiction have appeared in Glimmer Train Stories, North American Review, Colorado Review, Alaska Quarterly Review, South Dakota Review, Witness, Reader’s Digest, Blue Mesa Review, So to Speak, and elsewhere. She holds an MFA from George Mason University and a Ph.D. from the University of Nebraska.