A literary high-wire act with a powerful meditation on music, musical history and music in history at its core. 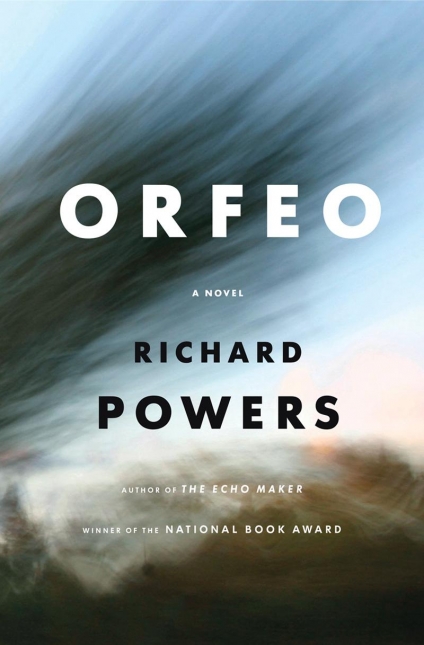 Individual notes in a piece of music convey little when standing alone, but it is a mistake to judge the whole work from a single component. And so it is with Orfeo. This novel’s impressive depth emerges from the interplay of disparate elements, not one of which easily represents the whole. But together, they create an engaging, challenging and compelling work of art.

Peter Els, a composer and retired professor, has set up a home lab and begun dabbling in genetic modification, apparently turning from music to revisit his youthful interest in chemistry. When his beloved dog dies unexpectedly, he, without thinking, calls emergency services for help. The resulting visit from law enforcement draws unwanted attention to his experiments, and soon overzealous Homeland Security agents launch a raid. Els quickly realizes how incriminating his activities must appear to suspicious eyes, and he panics and flees. During the resulting manhunt, he takes to the Internet to both admit and explain his conduct; there he draws in an enthralled public and consequently turns his flight into one final artistic performance.

That’s the present-day action of Orfeo. But merely to summarize the plot conveys almost nothing of the book. Richard Powers’ latest novel interweaves themes of the overreach of the modern security state, the interconnection of art and science, the role of the artist, and the arc of history — but at its core it is a powerful meditation on music, musical history and music in history.

And that is also an unsatisfactory summary. This is no more a music appreciation textbook than it is a suspense thriller. The musical interludes, whether describing real historical pieces or the protagonist’s fictional works, are utterly gripping, and they drive the story of Peter Els’ life told in retrospect during his evolving flight. It is in the reflections of music and musicianship that Orfeo soars and comes closest to answering “the question that his whole life had failed to answer: How did music trick the body into thinking it had a soul?” (Be warned: the reader is likely to finish this novel with a playlist that will take days to listen to.)

As Els pursues what looks to be his final journey, we look back on the path that has led him to this point. His personal life plays out against a backdrop of the history of the later 20th century, but more importantly is centered within the history of Western music in the 20th century — or really the last millennium. One of his works is described as a “tune [that] bends ten centuries of musical idiom into stunned wonder.” While running from an increasingly histrionic manhunt and towards an inevitable confrontation, Els revisits his past and the people he has loved, seeking to reconcile past and present. This personal journey echoes “everything Els had once wanted from music: the restoration of everything lost and the final defeat of time.” And as revealed in retrospect, the voyage mirrors Els’ musical journey: critical success evaded him because he was unable or unwilling to join in on the cutting edge of the century’s avant garde music. Tellingly, he refused to reject harmony and beauty and sought, instead, their fulfillment. As he put it, “a middle path between romantic indulgence and sterile algorithms, between the grip of the past and the cult of progress.”

“I want to write music that will change its listeners,” Els confessed as a young man. And ultimately he does, though it is via his foray into genetic engineering — an effort we learn was in fact the first step towards a novel manner of writing music. As Els weaves the threads of his life together into one final public performance, he is led to the ultimate collision of artist and authority. “To call any music subversive,” he had pondered, “to say that a set of pitches and rhythms could pose a threat to real power…ludicrous. And yet, from Plato to Pyongyang, that endless need to legislate sounds. To police the harmonic possibilities as if there were no limits to music’s threat.” In his own way, by failing to toe the line of the acceptable, Peter Els makes his art a target of the security state’s apparatus.

Powers’ previous works have been criticized in some quarters as overly cerebral. Orfeo certainly offers food for thought, but its major characters have flesh on their bones. Musical descriptions, which at first blush may seem a diversion from the main story, powerfully convey the visceral and emotional impact of the music and its import for Peter Els. Orfeo is a tour de force and a delight. Powers delivers a literary high-wire act that leads to a culmination both intellectually and emotionally satisfying.

Beth Kingsley is a member of the Advisory Committee of the Center for Inquiry DC, and a member of the board of the National Capital Area Skeptics. In her day job she is a lawyer.

In Another Life: A Novel

A tale of redemption, love, and time-travel in the South of France