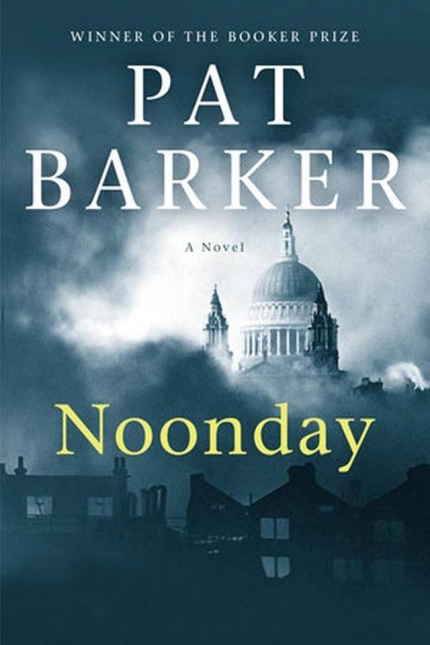 Near the beginning of Pat Barker’s compelling new novel, Noonday, is a scene that pinpoints the start of the London Blitz. The Brooke family gathers for tea at a cottage in the south of England, taking their fill of gooseberry tart with cream as afternoon shadows spread across the grass. The only discordant note is the buzzing of wasps circling the sugar and jam.

Suddenly, another buzzing catches their ears. In the sky, a formation of German fighter planes “circling around them like gnats,” while, moments later, at ground level, a plague of midges starts to eat them alive. Hastily, they seek the shelter of the house…and a good stiff drink. Hours later, as two of the family party approach London by car, they see a “red sullen glare” spread from the docks in the London East End. The Blitz has begun.

Noonday explores the complex relationships of three artists who first meet at the Slade School of Art just prior to the outbreak of World War I. First is Elinor Brooke, who fights her family and society for her right to be an artist; three of her paintings now hang in the Tate. Second is Paul Tarrant, working-class born, who has the means to attend art school through a legacy left by his disreputable grandmother; he has work in the National Gallery. And lastly is Kit Neville (“Neville”), public-school educated and perennial outsider whose reputation as an artist rose during the Great War but now rests on the power he wields as a savage art critic. For him, artistic vision has been replaced by thwarted ambition.

As Noonday opens, we learn that Elinor and Paul have married. Neville has married and been divorced from Catherine but has always been in love with Elinor. Although Elinor loves Paul, Neville is a powerful force in her life, for he is the only person in the world who “gets” her.

Noonday throws these potentially incendiary relationships into the cauldron of the Blitz. After living abroad for years, the characters have returned to England to serve as wartime volunteers in the Tottenham Court Road station — Paul as a warden, Elinor and Neville as ambulance drivers.

All are tasked with searching out and rescuing those injured in the nightly German bombing. When Elinor and Paul’s house in Bloomsbury is partially destroyed by a bomb, all the clocks stop, and it is as if the characters are now “outside time.” The nightly blackouts turn London into a “palimpsest,” parchment on which traces of earlier writing remains. “Even with every lamp in the room lit, you were aware of [the darkness], pushing against the window panes, seeping through cracks in doors and walls, dragging the city back into barbarism. London: no longer one of the world’s great centers of civilization, but merely a settlement on a river, lit by guttering candles after dark.”

Events from the past crowd each character’s mind and affect present behavior. Scenes from the World War I battlefront torment Paul and Neville; unresolved memories of a beloved dead brother prey on Elinor. Neville remembers the time he lay in Elinor’s lap, her breast brushing his forehead. Paul is haunted because he rejected his obese mother days before she took her life. (This memory brings him into the orbit of an obese clairvoyant, whom, as warden, he hauls down from her attic room after a bombing.)

The greatest conflict is that between Paul and Neville. Never mind his own wartime unfaithfulness, Paul is driven mad by the thought of a relationship between Elinor and Neville. This antagonism leads to a breathtaking chase scene through the National Gallery, its empty rooms and corridors (the permanent collection has been parceled out to stately homes or hidden in mine shafts) echoing eerily. This chase ends at Neville’s home just off Hampstead Heath, its walls collapsing around them as the house is bombed. Neville grabs a brick and might have dashed out Paul’s brains had not an air-raid warden stopped by to see if everyone was all right.

But scenes of destruction meld with depictions of love. When Paul tries to rescue an elderly couple barricaded behind bombed-out walls, he find them in bed, lying side-by-side, holding hands.

Noonday provides a satisfying ending to the stories of Elinor, Paul, and Neville. The trilogy as a whole might be an echo of the great Regeneration trilogy, or, simply, a trilogy in another key, more domestic, more personal.

Along with its historical recreation, it is a novel about complex human beings at mid-life who struggle to find love and, in the process, endure awkward silences in an effort to say one true word.

What’s more, the book has a contemporary resonance. The Blitz may seem far away in time, but the plight of civilians trapped in ravaged buildings is no further than Syria or Iraq (or Belgium or France), where, as Elinor says of that other time, the trenches “run through the family dining room.”

Harriet Dwinell saw the remnants of the Blitz 10 years after the end of World War II, when she lived in London as a schoolgirl.