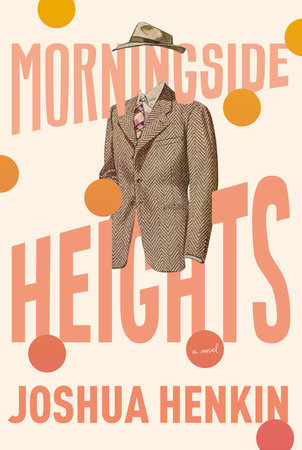 Joshua Henkin’s Morningside Heights is a story of one family and how its patriarch’s Alzheimer’s affects each member. It is about how the disease can destroy even the most brilliant mind and strain the strongest of relationships. It is also a quiet story. There are no big blow-ups, even during the most contentious conflicts. That very simplicity is what moves the reader; illness can happen to anyone and need not be accompanied by excessive drama.

Pru Steiner is a failed actress who has moved to New York City with the same big dreams as so many others. When acting doesn’t work out, she enters a graduate program at Columbia University, determined not to be just another student seeking an “MRS degree.”

Spence Robin is a professor at Columbia and a wunderkind. Preternaturally young when he receives tenure, he has written multiple bestselling books on Shakespeare and is amply rewarded with a Guggenheim, a MacArthur genius grant, and other accolades.

Pru and Spence meet cute. He is her instructor yet offers her rides on his moped — this means of transportation one of his few quirks. Otherwise, he could be Everyman (albeit an unusually bright one). The romance they share is marked not by fireworks, but certainly by love and commitment.

One aspect of their relationship not discussed much is the dynamic between professor and student. It’s acknowledged ironically among Pru’s friends, but author Henkin doesn’t expand on the topic. Perhaps this is because the two characters are only separated by six years, or because their initial assignations take place in 1979. It’s hard to imagine that a novel set in today’s world would ignore this power imbalance.

Together, Spence and Pru raise their daughter, Sarah, and, intermittently, Spence’s son, Arlo, from his failed first marriage. The two children, once grown, are fully realized characters themselves, and each could probably carry a novel on their own. Sarah is a driven medical student; Arlo, a successful entrepreneur. Each is motivated to find a cure for Spence.

Unfortunately, two other equally compelling characters get short shrift. Ginny, Spence’s daytime aide, and her son, Rafe, exist almost entirely to serve and protect the Robin/Steiner clan. She is from North Carolina by way of Jamaica, and he is a promising chess prodigy with hemophilia. As with Sarah and Arlo, Ginny and Rafe could anchor their own powerful story. That, in this instance, they are people of color being marginalized feels uncomfortable.

Spence’s decline from early onset Alzheimer’s is tragic and precipitous. Any reader with the misfortune to have lost someone to dementia will recognize its stages. He journeys from lauded Shakespearean scholar to one who requires TAs to teach while he stands mute in front of his class.

After being forced into retirement, his illness accelerates. He forgets birthdays and other events. He wanders off. He begins to soil himself, requiring Ginny and Pru to change him. Pru experiences the all-too-common struggle of finding high-quality (but affordable) evening care to give her some respite.

Spence’s descent from one of the most celebrated minds of his generation to someone unable to handle basic functions is heartbreaking, as is its impact on his family. Sarah finds it difficult to share news of her father’s deterioration with her friends in medical school. How can anyone else understand? Yet she inserts herself into Spence’s care when she can, for what’s the point of expertise if you can’t use it to treat someone you love?

Troubled Arlo wills himself to entrepreneurial success not just to prove to his father that he’s worthy, but also to put himself in a position to help his dad get into a drug trial. For what is the point of wealth if you can’t use it to help those you love?

And Pru stands by Spence’s side (despite a brief sojourn into a relationship with a fellow caregiver), changing diapers, cleaning, and feeding him. For what is the point of love if you can’t save the person with whom you share it?

Are there many dropped threads in the narrative? Sure. Pru’s Judaism makes selective appearances, perhaps to demonstrate how much she let fall aside during her marriage. Sarah and Arlo are competitive children with their own burdens, yet ultimately so adoring of their father that they’ll do everything in their power to heal him. And the aforementioned Ginny and Rafe could each be the centerpiece of their own literary universe.

But Morningside Heights is ultimately a sweet tale of one family and its immediate circle. If not a joyous ride, it is certainly a moving one, and a story that will resonate with far too many of us with loved ones who’ve suffered as Spence does.

The hunt for a beautiful and deadly WWII sniper thrills in this historical serial.