An orphaned young woman in midcentury America forges ahead in this quietly powerful tale. 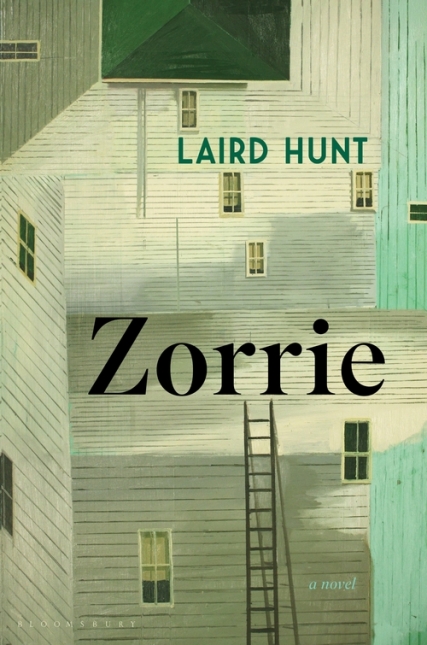 At 21, orphaned and alone, Zorrie Underwood sets out penniless to make her way in the Midwest during the depths of the Great Depression. Sleeping in barns and haystacks, she does odd jobs for folks eking out a living in hard times. Ultimately, she hitchhikes to Illinois, where she finds employment at the Radium Dial Company.

Zorrie answers an ad posted on the company window: “Hardworking Girls Wanted.” As World War II looms, she is told that painting numbers on clocks with luminous, glow-in-the-dark paint is vital to the war effort. The girls doing the work, however, are unaware that the dull yellow powder in which they dip their brushes — whose bristles they then shape into a tip with their lips — is lethal. Instead, the radioactive radium is believed to be safe, even salubrious.

At work, Zorrie makes lifelong friends who meet up from time to time for evening walks through the small-town streets. They make a glowing group — people dub them “ghost girls” — thanks to the so-called Luna powder turning their teeth golden, migrating through their clothes and skin, and settling in their bones.

Though grateful for these friendships, Zorrie yearns for home. After a few months at the plant, she returns to Indiana, where she works at a dry-goods store and lives with an elderly couple who have a spare room with an empty cot. Soon, the couple introduces her to “the best-looking fellow Zorrie would ever see,” their son, Harold.

The match is fortuitous, and the couple marries. Happy together, Zorrie and Harold purchase a farm and raise crops and livestock. Their life is briefly filled with picnics and country fairs, church suppers, helpful in-laws, and congenial neighbors.

But as the conflict overseas explodes, Harold enlists as an Army Air Corps navigator. He is shot down by German artillery in December 1943, dying on the coast of Holland. Zorrie is again alone, but she gathers her grief and buries it in her tasks managing the farm.

Throughout Zorrie, author Laird Hunt stays close to his title character, revealing her thoughts and impressions, recalling as flashbacks the twists and turns of her mishaps and mistakes. As the gravestones of the factory girls she once worked with begin to collect among the hills, Zorrie wonders if the paint she herself swallowed has something to do with the cancer now killing the women. She suspects the poison might yet linger in her own body.

The juxtaposition of Zorrie’s troubled musings amid the seemingly uncomplicated lives of farmers working the land sets the stage for quiet turmoil as Hunt describes “the tilt and whirl of seasons” through Zorrie’s observations of her home state. The plot does not gallop across the page. Rather, it has the relaxed pace of a Midwestern flower unfolding — leaf, bud, and blossom. Hunt paints Zorrie’s life lyrically, up close, and in prose that reads at times like poetry:

“It was Indiana, it was the dirt she had bloomed up out of,
It was who she was, what she felt, how she thought, what she knew.”

For readers in 2021 whose lives have been detoured by lurking contagion and fear, Zorrie, which chronicles the danger of a microscopic foe from the middle of the last century, feels like a welcome fellow traveler — a wise, provocative companion alongside you on a difficult journey.

Janet Martin has written articles for numerous magazines and newspapers. The author of a seasonal novel, The Christmas Swap, she lives in Gordonsville, Virginia.