A captivating study of the towering Renaissance innovator and genius. 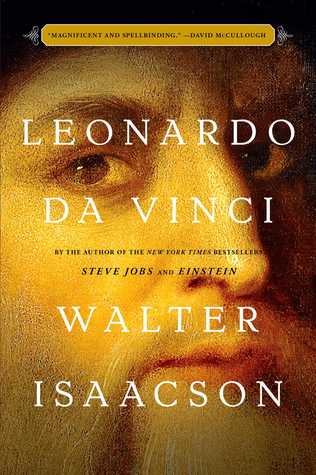 This sumptuously produced book comes to us from one of America’s foremost and most readable professional biographers. Zeroing in on all the known facts of his subject’s life, Walter Isaacson has created a formidable successor to his previous biographies of Benjamin Franklin, Albert Einstein, and Steve Jobs.

Isaacson mines the artifacts of Leonardo Da Vinci’s life to support a resonant central theme: That he was a hands-on, intuitive genius; in the author’s view, perhaps the greatest of all time. Isaacson makes the case that Leonardo was a consummate innovator, a disrupter of commonplace verities, and an artist-anatomist-engineer whose titanic intellectual curiosity propelled him relentlessly into new regions of practice and inquiry.

Although, today, Leonardo is revered as a great painter of the Italian Renaissance — who painted “The Last Supper” and “Mona Lisa” — Isaacson reminds us that he was far more.

Son of a prominent notary with ties to the ruling families of both Milan and Florence, Leonardo could call on family connections to secure plum commissions drawing on his far-ranging talents. Among his early assignments: service as a neophyte church architect and as a designer-impresario of court and public pageantry for the ducal court in Milan.

A compulsive self-promoter, flamboyant in dress and mannerisms, Leonardo jumped at opportunities like these. Still, as Isaacson reports, he soon acquired the reputation of a chronic procrastinator whose interest in the commissions immediately at hand inevitably flagged as he spun off into other enthusiasms.

In an era of artistic patronage by the ruling classes, this was perhaps not the wisest career strategy, and Leonardo’s reputation for foot-dragging and extreme perfectionism would dog him through middle age and beyond.

But, for Isaacson, his subject’s wavering attention span evidences Leonardo’s soaring eclecticism, his genius for brilliant insights on topics far and wide. This is most tellingly illustrated in Leonardo’s “notebooks,” a term of convenience for the present-day amalgam of more than 7,000 pages, all in the artist’s distinctive left-handed mirror script, that are preserved collectively in private hands and at some two dozen institutions worldwide.

The notebooks are the linchpins in Isaacson’s argument for Leonardo’s genius. They include preliminary studies for his paintings, reflections on artistic practice, speculations on the natural sciences, engineering schematics, and a raft of inventions for serving his patrons in both war-making and civic improvement.

Noteworthy among the artist’s entries are his renderings of human anatomy, drawn from close observation of the corpses he regularly dissected (with official permission). These hands-on studies, of course, contributed to his depictions of the human body in motion and his accurate treatment of the muscles and organs beneath the skin of the individuals in his paintings.

At the same time, what Leonardo learned in his dissections inspired his extensive speculations about human physiology, also recorded in the notebooks. Many of these observations anticipated “discoveries” not to occur for centuries to more credentialed thinkers.

The anatomical material in the notebooks showcases Leonardo’s brilliant draftsmanship, which also found outlet in his extant paintings, which number fewer than 20. Isaacson covers the bases in his discussions of Leonardo’s painterly style, notably his left-handed cross-hatching, his use of shadowy sfumato effects, and — most significantly — his remarkable ability to portray subjects’ evanescent thoughts through their facial expressions.

Even so, Isaacson seems less enthusiastic about this purely artistic aspect of Leonardo’s oeuvre, touching on, but shedding little new light on, his subject’s aesthetic accomplishments. Isaacson’s readers might have benefited from more context about the state of painting in Italy when Leonardo came along, as well as about the disruptive influence he exerted on the painters who followed and the materials they used. (We do learn, however, that Raphael idolized Leonardo, and that Michelangelo despised him.)

So, too, with Leonardo’s role in court and public pageantry, an interest he pursued from his early adult years in Milan until his death at the royal court of French monarch Francis I. These allegorical spectacles, most often steeped in classical mythology, involved elaborate scenic installations that shifted and were transformed in performance. They represented a perfect fit for Leonardo’s architectural and engineering skills.

In practice, theatrical pageantry was far more widespread in Western Europe than Isaacson has space to acknowledge, but he might have added to a fuller picture of Leonardo by describing his Italian maverick’s role as author, designer, and impresario in this politically significant practice conceived to reinforce the legitimacy of Renaissance rulership.

Ultimately, though, these points are minor shortcomings in this masterful biography, which is expertly indexed and organized in short chapters that conveniently enable both sampling and a committed read-through.

Former academic Bob Duffy is a Maryland writer, as well as a practicing consultant in branding and advertising.