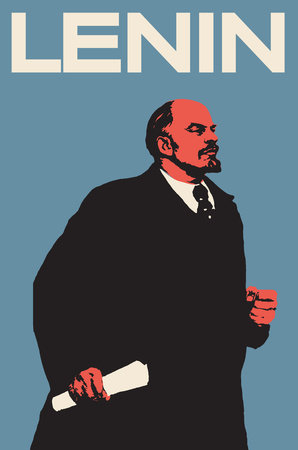 Last summer, visiting Russia for the first time, I finally had the chance to meet face-to-face with Vladimir Lenin. Yes, that Vladimir Lenin, great leader of Russia’s 1917 Bolshevik Revolution, creator of Soviet Communism, and dictator during its first years.

No, Lenin didn’t say much. But he looked terrific. And you can meet him, too, if you make the trip. Today, 93 years after his death and 25 years since the fall of Soviet communism, Lenin’s 147-year-old body continues to lie peaceably in its specially built mausoleum on Moscow’s Red Square, taking visitors three hours a day. The line still stretches for city blocks and wait times can last hours.

Once inside, military honor guards watch as visitors pass silently, limited to a few minutes each, no photos allowed. A spotlight illuminates Lenin’s instantly recognizable face, the beard, closed eyes, smallish body in dark suit and tie, hands lying at his sides, one open, one closed. So carefully tended, he looks asleep.

And people keep coming, watching him in awe. Here, after all, lies arguably the most consequential human being to have lived during the 20th century.

All through Moscow and St. Petersburg, heroic statues of Lenin still watch over his one-time domain. Most Bolsheviks/Communists have fallen into disrepute in post-Soviet Russia, but Lenin’s name is mentioned today in the same breath with important tsars. Even Vladimir Putin, Russia’s current absolute leader, raised in the city known then as “Leningrad,” treats him with respect, keeping the mausoleum open and popular.

Vladimir Lenin changed global history and impacted the lives of billions. Indispensable leader of Russian Bolshevism, he conceived, nurtured, and led the movement, and orchestrated its 1917 power grab over the world’s largest country and its imposition of a new social/economic order never tried on such a scale.

He wouldn’t live to see it all, but his Communist system ultimately would dominate almost half the world, including regimes in China, Cuba, and Vietnam that survive today. It would defeat Nazi Germany in World War II, gain nuclear weapons, wage a 40-year Cold War against the West, and send the first man into space — all before collapsing.

The sheer boldness of his life project was staggering, but it came with a pronounced dark side. The cost in deaths and human suffering, especially under Lenin’s successor, Joseph Stalin, was just as staggering, with killings in the millions, famines, repression, gulags, and the institution of state terror as national policy.

Biographers struggle to digest a figure so large as Lenin. During his lifetime, they are obliged to take sides, for or against him. Each wave of new information, such as the opening of Soviet archives after 1991, causes the debate to begin anew. But Victor Sebestyen, in his excellent new biography, Lenin: The Man, the Dictator, and the Master of Terror, has given us something deeper.

In this balanced, scholarly, and highly readable narrative, he is particularly effective in giving us Lenin the human being. His book is nothing less than a portrait of how a peculiar, eccentric, unlikely but brilliant individual can indeed change the world — for good or ill.

Sebestyen, a longtime British journalist and Cold War chronicler whose books include Revolution 1989: The Fall of the Soviet Empire and Twelve Days: The Story of the 1956 Hungarian Revolution, has produced a compelling read, not just because Sebestyen himself is a fine writer and his research rich and varied, but also because his subject was so strikingly peculiar.

Lenin’s personality hardly fit the mold of a natural politician. Born in provincial Simbirsk the son of a tsarist civil servant, he looked ordinary: short, squat, and bearded. Even admirers said so.

Lenin spoke well but plainly, without charisma. As a writer, many of his early articles were rejected as too dense or boring. He “loved to laugh” and “uses his whole body” in the process, recalled writer Maxim Gorky. Lenin enjoyed hunting, skating, hiking. In school, he read voraciously, including Uncle Tom’s Cabin, and he loved chess.

But Lenin also could be petulant. In power, he indulged in rages and temper tantrums. Working 17-hour days, he suffered stress, micromanaged colleagues, and argued over trifles, accusing slow workmen of being “saboteurs and loafers.”

On the famous “sealed train” (a single railroad car carrying him and 31 fellow Russians across Germany) that carried him back to Russia in 1917 to join the already-started revolution, Lenin made life miserable for the other passengers, controlling every detail in the cramped space, from who could use the bathrooms to the rules for smoking and when people could talk.

His family tree was just as quirky, with a Jewish grandfather (though Lenin apparently was unaware of this) and a Kalmyk grandmother. In close relationships, he surrounded himself with strong women, including his lover, Inessa Armand, and wife Nadezhda Krupskaya.

His friendships with men often foundered on politics. One of his closest was with Yuli Martov, Lenin’s partner in founding the Russian Social Democratic movement and its flagship journal, Iskra. Their 1903 break would shatter the movement between Lenin’s Bolsheviks and Martov’s Mensheviks, a chasm between autocrats versus democrats, doers versus intellectuals, that would long haunt political movements of all stripes.

Lenin’s early life also made him an unlikely radical. Lenin’s parents raised him in a stable household, a “happy home, amid a loving family in solid bourgeois comfort," Sebestyen explains. Lenin’s father pursued liberal reforms. As a regional tsarist education official, he supervised the opening of 400 schools in the Simbirsk region before dying of a stroke in 1886 at age 56.

But all this changed abruptly in 1887 when Lenin’s older brother, Alexander, a college student, was arrested and hanged for being involved in an assassination plot against the sitting tsar, Alexander III, father of Tsar Nicholas II.

Beyond the personal tragedy, this event was the catalyst that shifted the direction of Lenin’s life. It turned him and his family into outcasts. They were shunned by neighbors, and Lenin himself was marked by police as a suspect. He ultimately was expelled from school and turned increasingly to radical causes.

Sebestyen takes good time to introduce us to Lenin before launching into his political destiny. It isn’t until page 346 that Lenin finally seizes power in Petrograd. By then, we’ve gotten to know him well.

Once in power, we see Lenin evolve into the dictator of history, creating a structure that Stalin would take to extremes: the casual killings, secret police, quashing of dissent, all-powerful Party apparatus, and heavy-handed bureaucracy. After revolution, civil war, and multiple assassination attempts, killings soon became prolific.

Beyond large slaughters like the crushing of the famed 1921 uprising at the Kronstadt naval base, Sebestyen describes one 1919 incident that emblemized the era. One day that year, Lenin received a note from “Iron Felix” Dzerzhinsky, boss of the recently formed secret police, saying there were “around 1,500” dangerous suspects being imprisoned at that point.

Lenin, reading it, simply placed an “x” in the margin and returned it to Dzerzhinsky. Without checking, Dzerzhinsky took Lenin’s “x” as an order to execute the entire group. It wasn’t until later that Lenin clarified that he had simply scribbled the “x” to indicate he’d read the message and understood it. By then, hundreds had already been put to death.

Lenin’s death in early 1924 presented yet another irony. All his life, he had opposed the concept of glorifying individuals, what would later be called “personality cults,” as counter-productive to revolution. Yet in his final months, he saw the Party creating a cult around himself.

“What is this garbage?” he asked upon seeing newspaper coverage. “It’s shameful…They call me a genius, a kind of extraordinary man…they will end up offering prayers for my health. This is terrible.” When Lenin’s family first heard the idea of having his body displayed for extended public view, they objected but were overruled.

Lenin would have detested that mausoleum where, today, we can see his body, its flesh now largely replaced by the chemicals used to maintain it. The Party needed a hero, so they created one.

In Lenin, Victor Sebestyen has treated his subject fairly, made him approachable and human, but with no attempt to soft-peddle the abuses or controversies. It’s a welcome read as we approach the centennial of the 1917 revolution and try to make sense of the world this man played so large a part in shaping.

Kenneth D. Ackerman’s latest book, Trotsky in New York, 1917: Portrait of a Radical from Times Square to Petrograd, is set for release in September 2016. He is also the author of Boss Tweed: The Corrupt Pol Who Conceived the Soul of Modern New York, as well as biographies of James A. Garfield and J. Edgar Hoover.