A story of two fathers who bond over their desperate attempts to save their daughters. 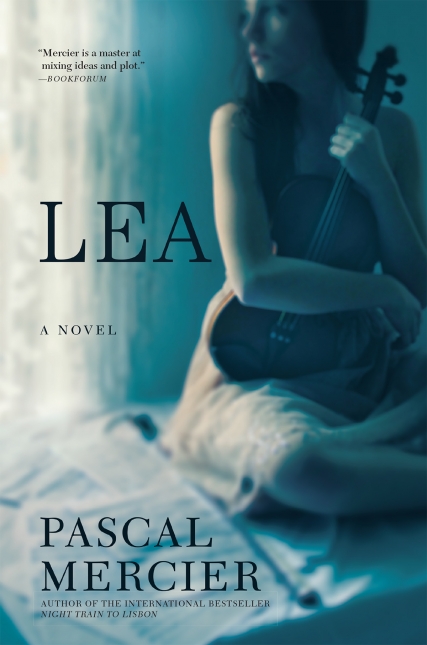 How deep can love go before it is indistinguishable from obsession? Translated from the author’s native German, Lea explores this question. Written by Pascal Mercier, author of the acclaimed Night Train to Lisbon, this second novel has all the atmospheric pressure and suspense of a classic frame novel — think Frankenstein and Heart of Darkness.

While set in the present, Lea has a timeless quality and more than a touch of dark fairytale. It is an intense character study that poses significant questions regarding affection and fixation, and the cost each exacts.

Adrian Herzog, the story’s outer narrator, provides the “frame” for the inner tale, narrated by Martijn Von Vliet. At the novel’s outset, the reader is presented with the quick and deep bonding between the two, who meet by chance at a café in Provence. Both men are residents of Switzerland; Adrian is a physician, and Martijn, the director of a laboratory.

It is clear that Martijn has a story to tell, “a story that hurt.” Adrian realizes he may not be ready to hear that story, having his own issues at hand. Instead of proceeding immediately home, however, Adrian is intrigued enough to set out on a meandering trip accompanying Martijn.

At the story’s outset, Adrian recognizes that he needs to be heard. The heart of the book, though, is Martijn’s difficult relationship with his talented and troubled daughter, Lea. Occasionally, Adrian breaks through this narration with commentary and references to his own life. He’s struggling with his own stormy relationship with his grown daughter, Leslie, and his fears regarding his waning powers as a surgeon. These issues are echoes of Martijn’s family and work concerns, and this doubling continues throughout the book.

Martijn reaches into the past to tell the story of Lea as a child and his struggle to save her. Lea, at 8, grieves the loss of her mother, Cecile, who has died of leukemia. Nothing can be done to comfort Lea until, by chance, the father and his daughter encounter a street violinist dramatically dressed in a three-cornered hat and frock coat, and wearing a mask.

Martijn notes that all the listeners in the train station hear “the overwhelming music as a revelation,” not least himself and Lea, who is “enchanted” by the music. Clearly, she has found her passion, and her solace, in the violin. Her grateful father embarks on a journey to support his daughter’s growing preoccupation with the instrument.

The reader may occasionally question the reliability of Martijn’s narration as he tells Lea’s story, in which he portrays himself as a loving father only seeking to support his obsessive daughter in pursuing her life’s vocation. The possibility of his being a “stage father,” a role which Martijn decries, is always a consideration, and his obsession with his daughter’s talent and moods seems to match Lea’s own intense feelings toward her music. Yet it is impossible not to empathize with him during the painful process of ensuring Lea’s growth as an artist.

The bulk of the novel rests on Martijn’s retelling of this process and the tragedies which occur along the way. Given that Adrian, our outer narrator, has prepared us for a “sad story,” along with the distraught tone of Martijn’s inner narration, the story gradually takes on a note of desperation and claustrophobia. In this novel, these qualities are both compelling and fascinating.

The spell of this book hinges on your acceptance of the slightly improbable bonding of the two men and the novel’s slide into a clearly inevitable tragedy. It may seem a bit preordained as the characters look back to tell their stories, but then events of the past often do.

The entire novel has a whiff of fate’s role in our destiny. If you can accept the premise, you may well find yourself obsessed with this tale of diverse types of love — of one another, of art, and, finally, of stories themselves.