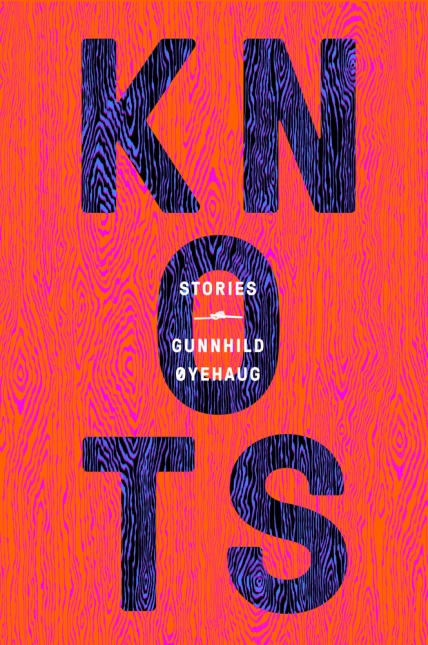 Writers I respect (a few of whom I even know a bit) have lavishly praised this book of quick hits, flashes of now-you-see-the-denouement-now-you-don’t, and more than a few ill-advised infatuations preceding great but ill-advised sex.

“Unpredictability and wonder pervades the book,” says Stuart Dybek in a blurb. “Only a rare writer is capable of such sustained surprise.”

My personal preference is for stories with a bit more window dressing; deep into middle-age, I have become fond of digressions that meander back to their source. And yet, even though these 26 very short stories strike me as Dippin’ Dots and not a banana split, Norwegian author Gunnhild Øyehaug has mastered the art of planting seeds that foreshadow the unwritten flowers-to-be.

So, they bicycle to the deserted house of the woman’s dead grandmother every other week or so and go at it with gusto on a chair in the kitchen. She wants a boyfriend; he only wants — like the rope on the flag post outside of Grandma’s house — “to slap against the pole in a hollow…rhythm.”

The key word, of course, being hollow.

He never looks at her when he comes, always spinning her around at the last moment. She believes that it is in this moment that the truth can be revealed — that if she can look into his eyes the very moment the band launches into “Stars and Stripes Forever,” she will know if he loves her. Even if he doesn’t know it himself.

Determined to find out, she tries to twist back around — their custom is to play the swivel game on the chair — and miscalculates. The teeth of the sprocket lose the perforations in the celluloid, and the film unspools all over her.

Still, for all of Øyehaug’s skill (the author’s description of the wind rustling by the abandoned house reminds me of Terrence Malick’s “Badlands,” delivered with all the passion missing from the sex), this collection isn’t my cup of tea. A fine cup, but not mine.

Turning the last page of the slim volume of slimmer stories, it seemed like so much titillation, a tease by a writer known primarily as a poet. So far, Øyehaug has published a volume of poetry and Knots. Perhaps this progression will continue: lyrics to very short stories to something on this side of her countryman Karl Ove Knausgaard’s verbosity.

For now, one reader’s satisfaction with a string of finely wrought prologues is just someone else’s premature ejaculation.