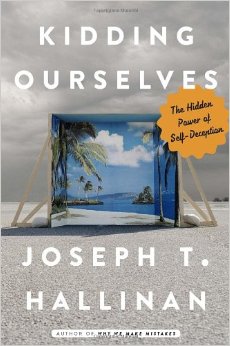 Understanding the why behind behavior makes a distinct difference in the way people go about their lives. It makes sense, then, that self-help books continue to rise in popularity. Human existence is complex; it’s a tricky path full of wrong decisions, confusing responses, and questions.

Psychology, social psychology, and sociology are all fields currently blurring the line between study and self-help in the best ways possible. For readers seeking a deeper understanding about their own and others’ behavior, or perhaps even life advice with scientific evidence to back it up, psychology books offer a level of detail and proof that often goes beyond the traditional self-help book.

Books that fall within the social science category don’t necessarily set out to change readers’ lives. They tend to present evidence, as well as a narrative of that evidence, in order to lift the veil from human behavior and better clarify why we act in certain peculiar and nuanced ways. Through that purpose, though, they inevitably offer an underlying sense of “self-help.” Since knowledge is power, better comprehending why people act the way they do provides readers of psychology books with a greater sense of power over situations that might otherwise strip them of such control.

Joseph T. Hallinan’s latest book, Kidding Ourselves: The Hidden Power of Self-Deception, joins the group of psychology books that illuminates human behavior for readers. Hallinan presents a wealth of historical, scientific, and cultural research about the numerous and often quirky ways that people trick themselves. Over the course of three sections, which include discussions of placebos, expectations, superstition, control, denial, and power, Hallinan breaks down myriad ways in which mind plays a large part over matter. Deception, it turns out, is an ingrained, necessary component of humanity, one that often keeps people psychologically and — oddly enough — physically well. Our mind’s ability to deceive us rivals the Wizard of Oz’s; we’re subconsciously encouraged to “pay no attention to the man behind the curtain.”

So how do people deceive themselves? Oh, Hallinan counts the ways! The book centers on the idea of belief and its power over the human psyche, exploring how belief aids, interferes with, and at times even hurts people.

In the first section, “The Power of Nothing,” Hallinan covers placebos, herd behavior, and delusion. He details how powerful the human mind is when it comes to believing in something, even while that something may in fact be nothing. Hallinan casts a wide net and part of the book’s success stems from his ability to draw parallels between scientific and cultural life. While he begins by discussing placebos and medicine, he uses that information to segue into discussing Madison Avenue and advertising. “Madison Avenue discovered long ago that belief can create the fact. Marketing executives know that when it comes to instilling belief in a product, branding counts.” Brand loyalty, as Hallinan asserts, mirrors the placebo effect in ways; people adhere to specific brands for no other reason than their belief that it is a more effective product.

The second section, “The Eye of the Beholder,” builds on the nature of belief by investigating expectations, false beliefs, the importance of control, and superstition. Hallinan discusses how a sense of control remains necessary to happiness, outlining the detrimental effects that occur when humans cannot exhibit control over their circumstances. The illusion of control, he maintains, is at times more important than actual control. “Having a sense of control has been consistently linked with physical health. People who feel in control of their lives report better health, fewer aches and pains, and faster recovery from illnesses than other people do. They also live longer.”

Hallinan ends with Delusions of Success, in which he ruminates on power, risk, and optimism. As much as certain deceptions remain intrinsic to a person’s wellbeing, there can often be negative repercussions. In his discussion of risk, he argues that people often believe themselves safe from the dangers that others encounter. “So we deceive ourselves into feeling safer than we actually are. And there is a direct connection between how we think and how we act. After all, if we don’t think we’re at risk, then why bother with protection? The irony here is that this approach often backfires. If we think we are such great drivers that we won’t get in an accident, then we are less likely to take protective measures to keep ourselves safe, such as wearing seatbelts.”

At times, Hallinan presents aspects of human behavior without fully exploring its ramifications. For example, when discussing superstitions and their positive effects, he doesn’t consider what negative implications exist in leaning too much on belief. But this minor complaint doesn’t obstruct the overall enlightenment this book aims to deliver. Readers coming to the study with little to no knowledge of self-deception will learn a great deal, but so, too, will readers well versed in this type of behavior.

The book’s success lies, in part, with the author’s particular background. As a journalist with an interest in cognitive studies, Hallinan’s style is far more approachable than that of the average scientist transitioning from peer-reviewed articles to full-fledged book. His writing succinctly conveys his research, oscillating between intellectual tone and creative wit. It’s a refreshing change of pace and makes for a speedy read, not because the writing is simple but rather because it’s so engaging. He uses examples from sports, popular culture, and history to explain the behavioral traits that sometimes hinder and sometimes help humans to trick their brains. Beneath the sheer fun that is reading Hallinan’s work exists a wealth of information that enlightens readers time and again.

Amanda Wicks resides in Baton Rouge, LA. She holds a Ph.D. in American literature from Louisiana State University, and currently works as a freelance writer and editor.